Justice in Historical Discourse in School 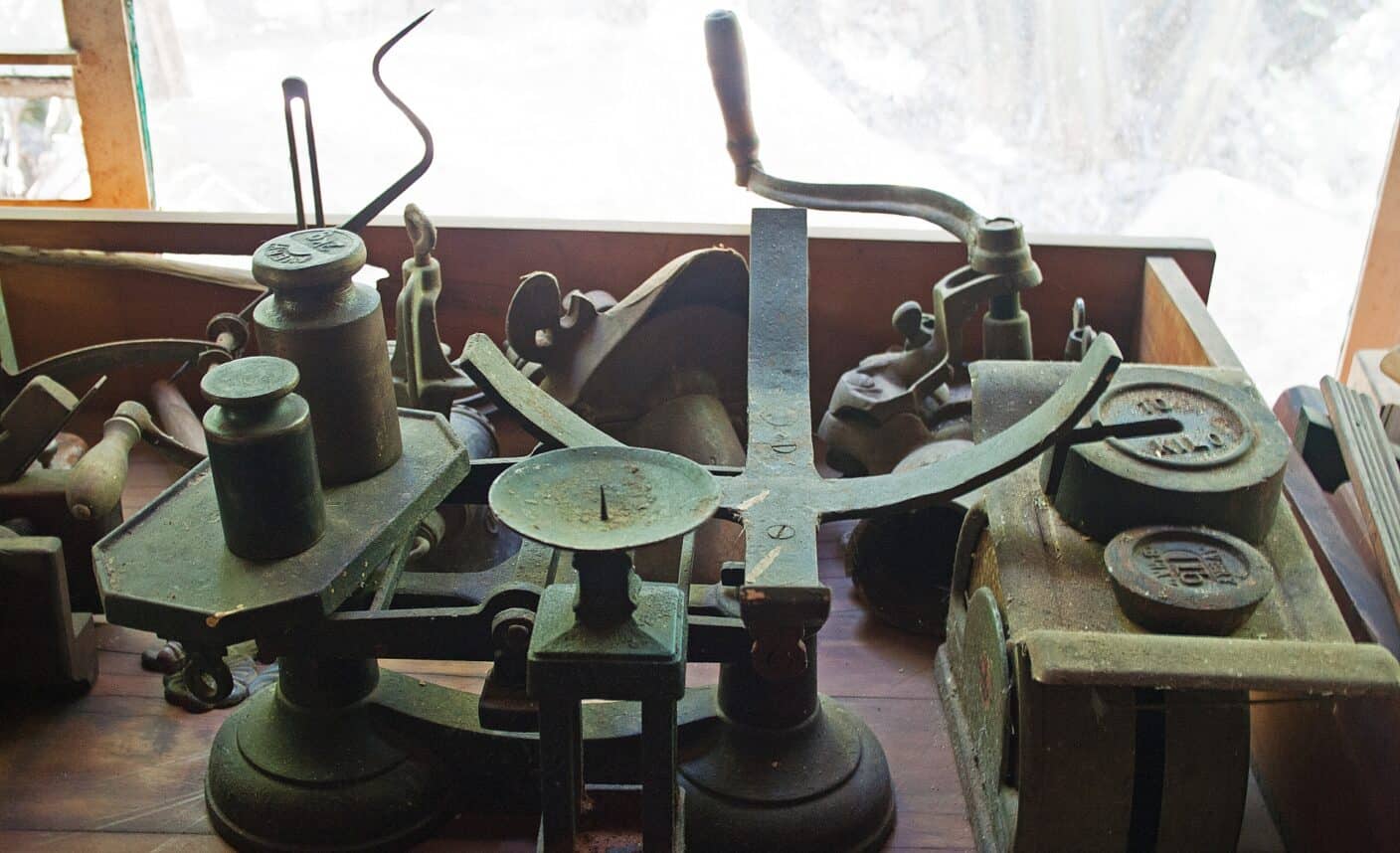 Abstract: The exclusion of children in critical discourses about the past is a form of social injustice. In low- to middle-income conflict-affected areas, children’s primary engagement with history in school is reduced to memorizing a narrative set by a governing authority. As the teacher in this article testifies, finding the agency to transform pedagogy requires a self-transformation in how one views their (a) religious and (a) political identities and collective memories.
DOI: dx.doi.org/10.1515/phw-2022-20124
Languages: English

Giving students a chance to talk about controversial and sensitive historical events takes more than carefully curating a series of dialogic, collaborative and critical thinking activities. Read on to see how one teacher in Lebanon described her intrapersonal transformations that helped her engage students in examining different and even conflicting narratives on how the civil war in Lebanon started.

In Lebanon, discussing historical events in school is an ongoing controversy. The numerous failed attempts to produce a unified history textbook by various government and non-governmental committees have left the history curriculum unchanged since 1971. The 1975-1990 civil war prevented any effort of education reform. Additionally, the civil war aftermath deepened mistrust among communities. Hence, despite the 1990 Ta’if Peace Accord that called to produce a unified history textbook, the reality is that history curriculum and pedagogy remain under deadlock. Education policymakers also disagree about which events qualify as historical.

Some argue that school children should discuss the sensitive 1975-1990 civil war and most recent events such as the Beirut Port explosion on August 4, 2020, an event that already made its way to the national curriculum in France as the Beirut “Great Blast”. However, former education policymakers believe that a transitional justice process to help Lebanese people heal is critical before the civil war can be discussed in school.[1] Nevertheless, avoiding multiple narratives and tackling sensitive issues is far from contributing to any social harmony. History teaching can foster social inclusion, as well as feed awareness of, and critical thinking about the effect of historical events on present dynamics.[2]

A Pathway for Justice

In educational settings, the facilitation of historical discourse that sustains the narratives of minorities is largely dependent on the agency of teachers and any self-transformations necessary to exercise this agency. Teachers are human beings, and part of historical events with all their challenges and tensions. They have their respective backgrounds, unique upbringings, and political, religious and ideological biases. It is therefore unnatural to expect teachers to completely ignore or put aside a memory, feeling or identity when discussing historical events. Moreover, teachers’ backgrounds and positions largely shape the hidden curriculum and how children engage in historical discourse.[3]

In Lebanon, most schools avoid dialogues about the past and focus mainly on teaching children to recite set narratives.[4] Nevertheless, recent studies in Lebanon have discovered history teachers exercising agency to engage children in drawing on a diversity of sources to examine sensitive histories such as the civil war.[5] One under-investigated emerging trend seen among these teachers have been self-reports of personal transformations in political or pedagogical beliefs and positions.[6] Below, I draw on a journey of self-transformation of a teacher in Lebanon that gave children the experience of engaging in dialogic and critical historical discourse inside the classroom. This journey suggests a challenging but inclusive pathway to strengthening the social justice of children empowered to engage with inquiries about the past in school.

The case study is from the Bekaa’ region, an agricultural region of Lebanon populated mostly by low- to middle-income Muslim and Christian Lebanese, and Syrian refugees. This teacher taught History and Citizenship education in a Lebanese secondary school, before becoming a university lecturer on Civic Education and Sustainable Development after obtaining her PhD in Education Sciences. Over her years of teaching, she found that any engagement over historical events was limited to students remembering dates, names and places of events. She felt that her students were denied the opportunity to think about and challenge narratives constructed by their religious and political communities.

She describes her community, which she has closely identified with over the first 20 years of her life, as a “conservative surrounding”. Living the stresses of the fear-loaded 1975-1990 civil war, her journey of self-transformation started when she was listening to others’ stories about the past. She described the experience as

…opening-up to other narratives within a safe space where I heard others and felt I was fully heard. The process helped me to reposition into a firm belief in a Shared Humanity where each individual is treasured and each culture is valued. I no longer perceive myself as part of a threatened minority as I discovered that each community in Lebanon has its own existential fear. I am now a bridge-builder, helping others to overcome their fear by courageously listening to others and willingly acknowledging the diversity of culture within the unity of aspirations for a better future.

Embracing this experience, she wanted her students to also have the opportunity “to be exposed to multiple narratives, listened to in their own narratives of dominance or victimhood, and accompanied on the journey of self-discovery and repositioning”. One memorable lesson involved a highly sensitive discussion about the outbreak of the Lebanese civil war. Though it is not included in the national curriculum, the teacher exposed the students to four different narratives that were adopted by the media and by the involved antagonists in this particular event of April 13, 1975 (date of the outbreak of the civil war), in order to develop their critical thinking and ability to master a debate.

The students were given four narratives extracted from newspapers and political parties’ press conferences dated April 14, 1975. The teacher attempted to make an unbiased introduction to the event, which demanded a degree of openness to different truths and distancing from personal emotions attached to the collective and individual memories of the civil war. Although the young students belong to a generation that was born way after those events, sectarian-specific interpretations of what caused the civil war continue to live in the aftermath of the discord. Thus, the teacher only talked about the presence of the two conflicting groups in the same geographical place, and the armed clash that took place, leading to the killing of a number of people on that day, without stating the reason of their presence or whether the killed people were guerillas or civilians because these interpretations are part of the discord.

The students then read each of the four narratives and highlighted accounts that criminalize one party and victimize the other. They also associated these accounts with the political affiliation of the narrator. In between the narratives, the teacher gave further information on each of the different sides. A discussion then started about the accuracy of each narrative. The teacher intervened with questions whenever a bias appeared – the students are inevitably marked by their own upbringing and their parents’ affiliations.

By the end of this session, many students expressed the desire to go back in time and be present at that very scene to know the truth. Biases and enmities influenced how they interpreted details of the news, a phenomenon present in Lebanon’s public sphere today. Many students recognized the(ir) distortions in interpreting sources. Quite likely, these students experienced for the first time an open space for dialogue between conflicting parties, collective memories and interpretations.

Curating open spaces for young people to engage with sources related to a sensitive history should be the first reflex in a diverse society that wants to sustain peace and stability. In this case of a teacher, facilitating an open, safe yet challenging space was only possible after an introspective exploration into one’s own layers of identity and turning points in life.

Teacher education and professional development that guides teachers through this journey of critical reflexivity and self-awareness can build the professional capacity for facilitating historical discourse for children. It is, therefore, indispensable to create spaces for inner healing and trust-building within the initial and continuous professional development of all educators. Indeed, teachers have the moral responsibility to continue reflecting on and challenging their own identities, wounds and collective memories in order to engage students in deliberative explorations of controversial historical accounts.