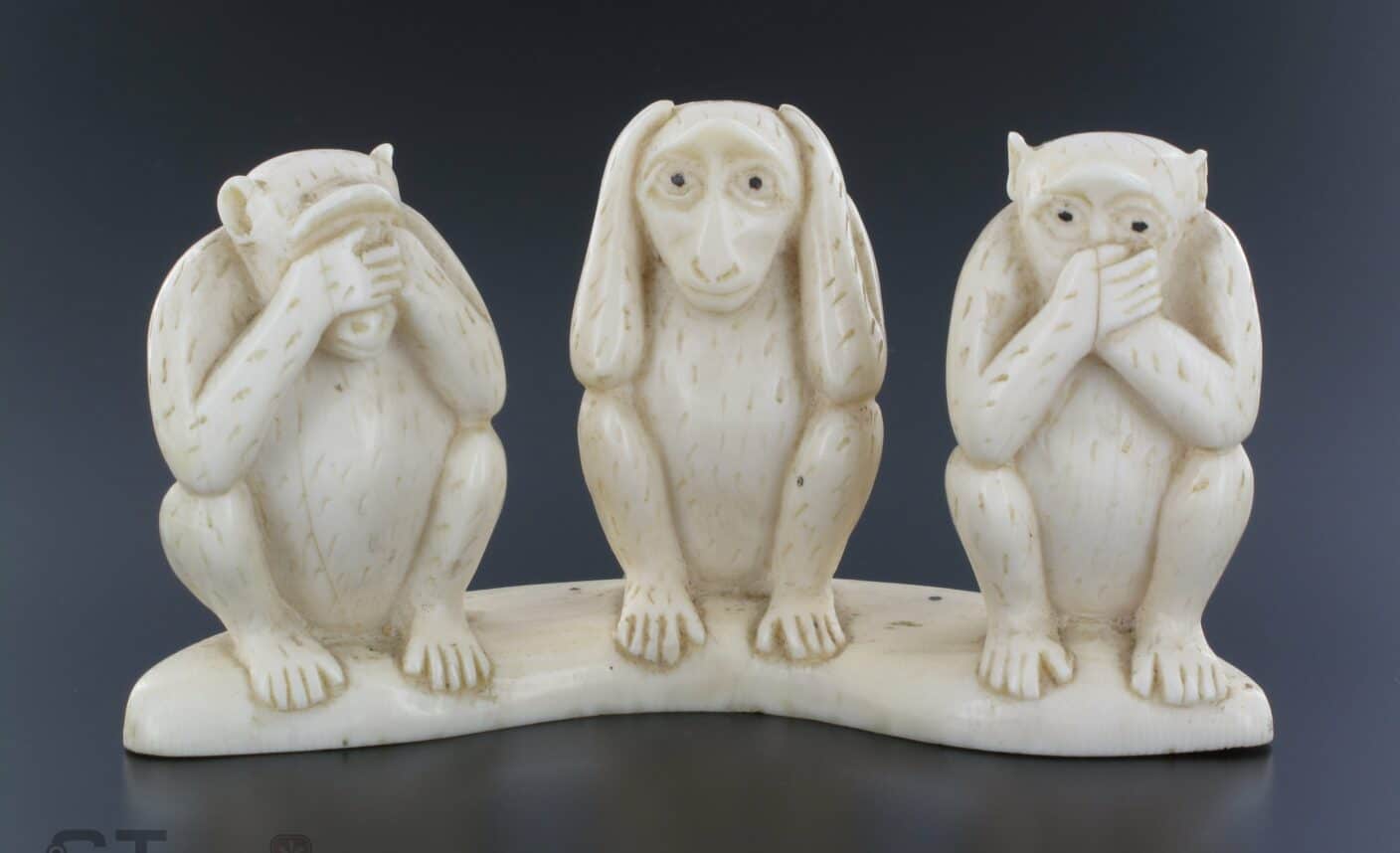 Abstract:
Histories, like narratives in general, can foreground or exclude. The choice of narrative subject is an inclusory and an exclusionary gesture – narratives usually focus on the experiences and development of their subject over time and, in doing so, background or exclude the experiences of other agents, entities and actors and, at times, present these ‘others’ as antagonists to the main subject of the story, whose tale the story sets out to tell.
DOI: dx.doi.org/10.1515/phw-2022-19434
Languages: English


Statues, memorials, classroom histories, historic sites and national media are just a few of the means through which national narratives can be constructed and communicated.[1] These narratives serve a variety of functions; they are often understood as acting like a social glue, binding people together, contributing to the imagining of a collective community and they create a national story.[2] However, as Donald [3] has noted, these national narratives, or ‘official histories’ can often mutate into “hegemonic expressions of existing value structures and worldviews of dominant groups in a society”. This can lead to reductionist and binarised ideas of history that can erase or silence those voices that do not fit with the national narrative.

The history of history shows our discipline – born, in its “modern” professionalised form, in the age of nationalism – to be particularly bound up with the telling of “national” subjects.[4] The inclusionary/exclusionary logic of narrative subjects and narrative “others,” integral to the logic of narrative in general, has been particularly consequential in the spinning of nationalist histories – romans nationales and mythistories, the telling of which has contributed to processes of national integration and national identity but has also – and perhaps in many cases inseparably from this – played a crucial role in the violence of modern history.[5]

In his book Silencing the Past, Michel-Rolph Trouillot explored the concept of power and how it functions in the construction of historical narratives.[6] He contended that while unequal power structures work to generate and strengthen dominant historical narratives, these same narratives also hold “bundles of silences”. And these silences, Trouillot argued, are not simply in the narratives of history but in its very institutions, from the archive up to discourses that render particular narrative conceptualisations thinkable and unthinkable. The very presence of these “silences” accentuate how societies remember the past through a process of establishing and prioritising certain narratives whilst marginalising or silencing others. Those who the national narrative excludes, obliviates or renders abject can, of course, rapidly become subject to policies that enact these forms of symbolic violence in very real ways.[7] And it is not just narratives that have been suppressed, in many contexts, and often as a product of colonisation, indigenous histories and indigenous ways of knowing have also been eroded.[8]

And these silences disturb. The absence of a plurality of voices cultivates a facade of homogeneity that promotes the othering of differences. The silencing and exclusion of the histories and narratives of those such as women, LGBTQ+ communities, children, the disabled, the old, immigrants, migrants, indigenous peoples and ethnic minorities, leave society with a patchwork tale of the past that is filled with holes. Repairing these holes in the fabric of the past necessitates a public re-evaluation of what history is, a sensitive approach to modes of historical learning and an understanding and appreciation that knowledge of the past is conditional and subject to change in light of new (or rediscovered) ways of knowing. Recognising and debating the legacies of colonialism, empire, slavery and globalisation through the lenses of forgotten and silenced discourses can lead to new knowledge and understandings of the past. Furthermore, consideration of these narratives and realities in conjunction with a critical examination of historical knowledge production in light of diverse epistemologies (Indigenous, Eurowestern, feminist, etc.) provides a framework for individuals to engage meaningfully with the past and allows for a more critical engagement with the dominant, often exclusionary, narrative templates of the nation.

And now and then, these silences echo and can suddenly be made “heard,” or at least more visible, as recent contestations of statues and other forms of community action globally have shown.[9] One can do history with real and with metaphorical hammers as readily as Nietzsche sought to do philosophy, by making the emptiness inside the idols in the market-place, the museum and the public square resonate, by unsettling accounts, and, indeed – as in Bristol and elsewhere in the summer of 2020 – by emptying their plinths.[10] Acts of public history in the streets and engaged scholarship and revisionist challenges in published texts can and should interact with each other. Writing history is making history – since “history as account” can shape “history as event” – and re-writings of history can take us beyond new accounts to new ways of telling and knowing.[11]

Yet often, these silences can remain unheard. Despite an explosion of interest in minoritised and marginalised voices and despite the growth of interest in public history ‘from below’[12] little diversity appears to have made its way into school curricula and when it does, it is often tokenistic, reductionist or framed by Eurowestern worldviews. Addressing this lack of diversity by adding more diverse content to the curriculum has recently been advocated by teachers and educators, by public figures, including English footballers, as a way of decolonising the curriculum.[13] Addressing content imbalances in the curriculum is clearly a matter of concern, particularly when the history presented in school and elsewhere only represents some of the pupils who are taught it. True decolonisation of a curriculum needs to encompass more than the inclusion of more diverse content, however, and it is necessary not only to change the content of the story but also to change the types of story that we tell and to diversify the traditions of knowing and communicating pasts beyond the narrow confines of Eurocentric historiographies and narrative traditions.

All our contributors in this month’s edition address questions of narrative, silencing (and unsilencing) and public history to one degree or another and open up a range of historical vistas and avenues for reflection.

The first paper in this edition by Catherine Duquette argues that despite the purposeful inclusion of indigenous voices in the recent revision of Quebec’s history curriculum, these are still shaped by colonial-framed perspectives on the complex relationship between First Nations and settlers. The paper argues that inclusion of indigenous voices is not enough for a curriculum inclusive of minority histories and proposes that changes also need to be made to educators’ epistemological understanding of the discipline of history itself.

The second paper by Anne Marie Kavanagh and Caitríona Ní Cassaithe will explore how storytelling, a central motif of indigenous communities worldwide, can function as a culturally sustaining pedagogical approach to unsilencing indigenous ways of seeing and being with the natural world. Drawing on the traditional ways of knowing inherent to Mincéirs (an indigenous Irish ethnic group also known as Irish Travellers or the Traveller community), the paper argues that the use of indigenous stories allows for the exploration of environmental issues in the classroom in a holistic, informed and responsive way.

The third paper by Marília Gago draws on the history of Portuguese (de)colonization to discuss the ways in which the past is publicly narrated and how this is expressed in individual and collective identities and memories. Informed by an analytical synthesis of interviews with history teachers on their understanding of the public debates between historians, journalists and activists, the paper argues that the impact of these debates is reflected in Disciplinary History.

The fourth paper by Marcus Collins examines the closest thing to an official history of Britain: the narratives contained in the UK Citizenship Test. Its “kings and battles” narrative is incongruous at a time when other efforts at public history are attempting to diversify, decentre and demystify Britain’s past. Paradoxically, the most traditional and mainstream version of British history is being inculcated into the newest and most marginalised members of British society.

The final paper by Chris O’Connell discusses how national histories have served to obscure the fact that environmental destruction and global warming are intrinsically linked to issues of labour exploitation and slavery, dating back to the conquest of the Americas. The paper highlights the importance of foregrounding indigenous histories and ontologies, which illuminate less dualistic and more sustainable forms of co-existence with Nature and each other.

The Speaker’s Corner paper by Paul Readman and Mark Freeman explores the connection between the largely disappeared historical pageant and public history. Focusing on the upcoming decennial Axbridge Pageant in Somerset, and the revived Becket Pageant for London, the paper discusses the ways in which historical pageants appealed to diverse communities and contributed to their understanding of the past.