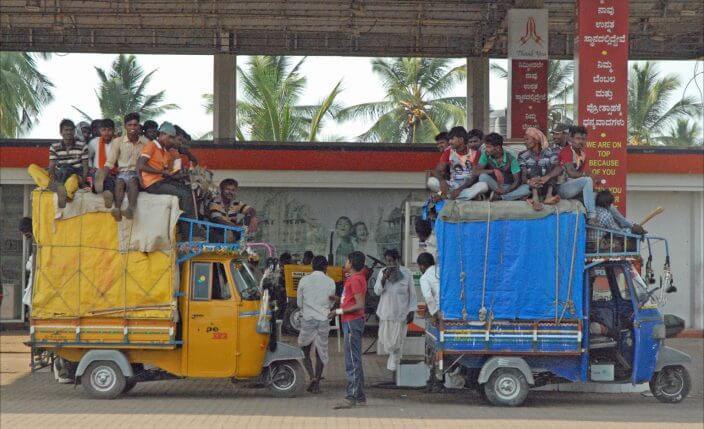 Abstract: A journal that–all things considered–absolutely cannot earn money? A renowned private publishing company that becomes involved as a partner in such an undertaking? A Tower of Babel that aids communication? Transdisciplinarity that was not created by a “predatory community”? “Normal” professors who regularly expose themselves to one of the social media? All of this can be found at PHW and, since 2013, in ever increasing amounts. In the process, we have come a long way, gathered a lot of experience, discussed, experimented, and done much thinking. To some degree, we have reached our targets at the end of the first three years. Nevertheless, we now look very different from what we were in 2012, when we submitted our first funding proposal.
DOI: dx.doi.org/10.1515/phw-2016-6882.
Languages: English, Deutsch


A journal that–all things considered–absolutely cannot earn money? A renowned private publishing company that becomes involved as a partner in such an undertaking? A Tower of Babel that aids communication? Transdisciplinarity that was not created by a “predatory community”? “Normal” professors who regularly expose themselves to one of the social media? All of this can be found at PHW and, since 2013, in ever increasing amounts. In the process, we have come a long way, gathered a lot of experience, discussed, experimented, and done much thinking. To some degree, we have reached our targets at the end of the first three years. Nevertheless, we now look very different from what we were in 2012, when we submitted our first funding proposal.

What have we become?

We started out modestly: At the beginning, we were pleased (and also somehow surprised) about every single registered access. In the meantime, we record a monthly average of 8000 readers (unique clients) from almost the whole world who generate around 90 000 page views (server statistics).[1] Our readers come from a wide range of countries. German-speaking countries and English-speaking western nations represent one focus. But we are also pleased to see strong interest in our contributions coming from the Ukraine, Russia, Latin America, and China.

We started off with 12 German-speaking authors from three countries who only published in German. Now, our contributions always appear in English and German and, where appropriate, additionally in the author’s native language. We now also offer readers Spanish, Portuguese, French, Russian, Polish, Greek, Chinese and Turkish. All languages are welcome. This requires an enormous editorial effort, as expected, but also yields a nice result. A heartfelt thanks to our language editors is in order here![2] We are still very grateful that we could develop, in 2014, a technical solution for a multilingual presence that, under one URL, provides a teaser graphic and, above all, a collective commentary thread without a simultaneous, renewed separation of the language cultures. Special thanks here to Sebastian Fuchs (in Munich) for his technical support![3]

Meanwhile, we have 150 initial contributions; contributions that purposely provoke challenge and debate, that have a maximum length of 6500 characters, and that have been made easy to read on a small or large screen through a rhythmic structure and subheadings. At least 345 commentaries from all over the world, and often of about the same length as the initial contributions, have engaged actively with this food for thought. Many thanks, also for this. Science thrives on pluralistic, preferably debate and on productive controversy. It is good when a suitable platform like ours is used for this. And, gladly, much more of the same! Always more!

This success, however, has brought us to the limits of our work capacities and financial resources and, with increasing regularity, also beyond them. The cooperation contract with our publishing house partner, De Gruyter Oldenbourg, came to an end on 31 August 2016. De Gruyter Oldenbourg, this reliable and helpful partner, had supported our weird project with very substantial amounts of money since 2013. The very substantial start-up financing provided by the FHNW School of Education has also ended, after three years. It was thus necessary to find a solution for both the basic financing and for the additional costs caused by the project’s positive development. This turned out to be extremely complex. Despite numerous enquiries and some very time-consuming grant applications, we were, regrettably, unable to convince any Foundation that it should support this unique project and its further development for another three years. I got the personal impression that most foundations, because of their own, increasingly profiled agendas, have lost their previous openness that allowed them to be curious about, and supportive of related, but maybe unusual, ideas and approaches that others put forward. Too bad. But perhaps there is still a courageous Foundation?

In the end, we didn’t allow ourselves to become discouraged by this experience. The continuation of this project was made possible through a collateral Plan B, which had three components.

(1) I am very pleased and proud to be able to announce that we have been able to acquire three new institutional partners for the Public History Weekly. In particular, I welcome and thank Prof. Thomas Hellmuth (University of Vienna), Prof. Peter Gautschi (Lucerne School of Education), and Prof. Krzysztof Ruchniewicz (Willy Brandt Center at the University of Wroclaw). These partners each bring new colleagues to our editorial team, and I also welcome them warmly. They are all listed here.

(2) This made it possible to persuade the original founding partners – the FHNW School of Education (in Basle and other cities) [transitional funding] and the De Gruyter Oldenbourg publishers – to continue their financial support, for which I thank both institutions very heartily. The publisher donated also the extensive relaunch to the project; you can evaluate its creative components here.

(3) Finally, we urgently need to build up a basis for self-financing ourselves, in order to obtain third party funding in the future, as well. We are, therefore, now cooperating with Google, which is why you see an advertising screen next to the contributions. Please don’t let this disturb you; we hope that it will bring directly to us some revenue. What is more important is the founding of a friends’ association for Public History Weekly, which I will return to later.

We have repeatedly experienced that it is really not easy to enter into meaningful communication with cloistered academic language cultures such as English, German, Spanish, etc. The first and most fundamental precondition is, of course, that authors are willing to give us a well-formulated version of their texts not only in their own language, but also in English. But, and furthermore, one only experiences boundaries if one is willing to cross them. (A statement that reverberates, unintentionally, in these times.)

After all, who are the important authors in other academic language cultures who are, at the same time, willing to accept our format? How can we get in touch with them? The answer to the last question is: in many, many different ways. This kind of communication also provided the key to answering the first question. I am really pleased to be able to present to our readers a new team of 30 core authors who come from all corners of the world.

I would also like to take this opportunity to thank those of our core authors who, after a long-standing and reliable cooperation with us, have now become guest authors. I am looking forward to receiving their contributions!

We need your support!

Finally, and I must emphasize this in particular: we urgently need the support of our loyal readers, in order to continue with our not-for-profit and Open Access project. We would like to offer the intellectual community that has developed around Public History Weekly the opportunity to participate institutionally in our project. To this end, a PHW Friend’s Association was recently founded. It is possible not only to become a supporting member but also to make donations, either multiple or one-off, depending on the circumstances. The donations will only be used to support the journal’s work on international understanding in the areas of Public History and the didactics of history and politics. This applies, above all, to covering expenses incurred by voluntary editorial staff members in Poland, Austria, Switzerland, and Germany, as well as the enormous costs that arise from our multilingualism.

My message: In the long run, such a transdisciplinary, multilingual, Open Access project like Public History Weekly is only possible if its readers take an active interest in it: through courageous and wise commentaries that also take into account the language background of the initial authors, and also through a small financial contribution to our friends’ association.

On behalf of all participants, I thank you all in advance for both.

« History on Stage: News from History Theater
Post-ism. The Humanities, Displaced by their Trends »