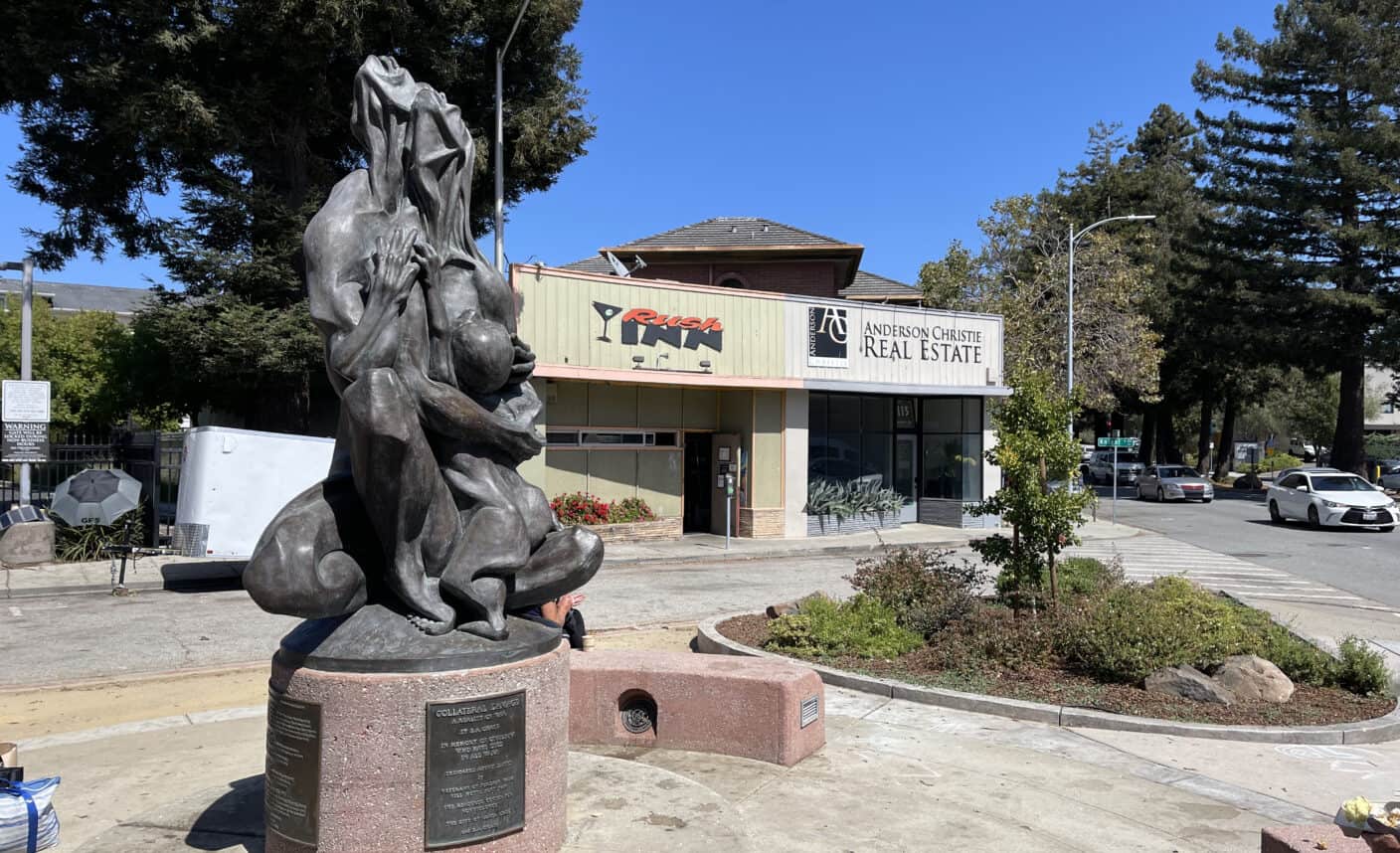 Abstract:
The 1994 controversy over the Enola Gay exhibit at the Smithsonian was a watershed moment in the rise of the culture wars and the political polarization of U.S. society. The first essay in this issue discusses this critical moment, and the following essays address immigration, mass incarceration, and LGBTQ+ rights. Are we still rehashing the same debates of the 1990s? These subsequent essays chart recent efforts to confront histories of repression and present new interventions to break with the past.
DOI: dx.doi.org/10.1515/phw-2022-20582
Languages: English


How can public history be educational, impactful, and transformative in the United States’ new era of culture wars? The following set of essays situate a series of public-facing interventions in our current climate of heightened political polarization.

In the years between the 50th anniversary of the 1941 Japanese Imperial Navy’s attack on the United States’ naval base at Pearl Harbor and the 50th anniversary of the atomic bombings of Hiroshima and Nagasaki, public institutions and private groups throughout the United States contemplated what might be appropriate commemorations of these momentous events in modern North American (and global) history.

In 1993, in the small California beach town of Santa Cruz, where the editors of this issue and our University reside, an unusual coalition, including a Veterans of Foreign Wars (VFW) post and the Resource Center for Non-Violence, a local pacifist organization, launched an effort to erect an anti-war sculpture in a location where it would confront a monument celebrating local soldiers who served in WWI. Instead of commissioning a new piece, the coalition supported a move to “upcycle” an existing sculpture that was languishing in storage.

Originally cast in 1959 by E.A. Chase, the “The Last Event” had been in storage for over 30 years when a Santa Cruz veteran of the Vietnam War, James Wainscoat, conceived of its resurrection and renaming to “Collateral Damage: The Reality of War.” For the next two years, Chase, Wainscoat and a growing alliance of local activists worked to raise money, increase support in town, acquire rights to land, and gain approval from the city council for its dedication on city land. While they faced hostility from some of their neighbors, ultimately the campaign was successful.

On August 5, 1995, the day before the fiftieth anniversary of the bombing of Hiroshima, the renamed monument was unveiled at a heavily-trafficked intersection that constitutes the entryway to Santa Cruz’s main downtown shopping street. After the unveiling, celebrants walked across the San Lorenzo river to a park behind the county court house for a “Nuclear Free Future” rally and concert. The concert featured well-known recording artists and peace activists such as Hiroshima bombing survivor Sasamori Shigeko.[1]

A shared commitment to resist all wars made the collaboration of the local ‘Veterans of Foreign Wars’ (VFW) chapter, renowned for its anti-war Vietnam Veterans membership, and the Resource Center for Non-Violence possible. The monument’s rededication removed the direct reference to the atomic bombings, but the timing of the dedication and the choice of speakers at the rally invoked Hiroshima and Nagasaki as foundational events.

Contributions to the October Issue

At the same time, on the other side of the continent, a dramatically different story was unfolding at the Smithsonian Institution around the same issue: how to commemorate the 50th anniversary of the atomic bombing of Hiroshima and Nagasaki? As contributor Gregg Herken writes, a group of historians, curators, and museum administrators sought to tell a complex story in a National Air and Space Museum exhibition about the use of the atomic bombs. Their plan ended up eliciting harsh criticism and resistance from national veterans’ groups and the Republican Party congressional delegation.

The collapse of the exhibit plan and the firing of some of the museum administrators has often been understood as an unavoidable conflict between the analytical goals of public historians and the celebrative goals of veterans and other public groups. Both Herken’s narrative of the attempts of Smithsonian staff to negotiate with critical groups and the example of the “Collateral Damage” monument in Santa Cruz suggest that this conflict is not inherent to the histories under debate.

The Enola Gay fiasco at the Smithsonian continues to be a significant point of reference in the post-9/11 era and resonates with the culture wars of the present moment. Ultimately, what was at stake in those past debates was the notion that American conduct during WWII was inherently good. In the other essays presented this month, the questionable actions of U.S. military and governing bodies remain a central element of each piece, which together show how key issues of American history—especially the history of racism and the struggle for civil rights—play important roles in contemporary political debates.

Alice Yang’s essay on Japanese American former incarcerees protesting the Trump administration’s “family separation” policy for Latin American migrants shows how some Japanese American activists have sought to universalize the lessons of wartime mass incarceration as a tool for understanding the contemporary return of authoritarian policies. The protests at Fort Sill, Oklahoma by members of “Tsuru for Solidarity” featured a David vs. Goliath dynamic as elder Japanese Americans stood firm in the face of threats from American military personnel.

Fort Sill proves to be a remarkable place for discerning the repetition of  authoritarian actions in American history. Built to support the prosecution of the “Indian Wars” in the post-Civil War years, Fort Sill was infamous as the site where Chiricahua Apache leader Geronimo was imprisoned and, ultimately, buried. During WWII, it served as a Department of Justice camp for incarcerating non-citizen Japanese migrants without charges or due process. When the Japanese American activists staged their protests against family separations in 2019, this layered history of racist and abusive detention of “non-citizens” enabled the protestors to draw attention to the “intersectionality” of oppression in US history.

As with Fort Sill, the “Visualizing Abolition” program mobilized cultural and historical narratives to call attention to the damage caused by carceral systems. Gina Dent and Rachel Nelson discuss how their exhibition and events program changed radically because of the COVID-19 pandemic and the murder of George Floyd in Minneapolis in May 2020. As the program’s planned exhibitions and symposia had to shift online, the audience grew well beyond the confines of the academy. The project confronted the problem of mass incarceration and sought to use the arts to reimagine prison abolition more fully and redemptively. Now expanded with a Mellon Foundation grant, the project continues to host events and programs that bring students, faculty, artists, activists, and the public together to envision a post-carceral world.

Finally, Kathryn Carpenter and Christopher Cantwell bring us right up to the present moment with an example from the post-Trump culture wars, which have prompted renewed struggles in local school boards, libraries, and state legislatures. They explain how a modest, student-led exhibit on the history of gay rights in Missouri, presented in the Missouri State House, led to a local political struggle that quickly created controversy. The authors reflect on what became a double-edged sword: the censorship of their exhibition through its removal brought much attention to Missouri’s history of gay rights, but at a high cost. Despite the additional traffic to their online exhibition, the state legislature’s decision to strip the state house of the display gave the message that gay and transgender people were unwelcome in the state’s capital and by extension were not fully recognized by Missouri.

If the problems at the Smithsonian in the mid-1990s seemed to have launched a new era of political struggle over historical representation with an overwhelming victory for the opponents of scholarly presentation and debate, this issue’s essays show how the fight over public history in the United States today is far from over.

The editors would like to thank Clara Bergamini for her editorial assistance with this issue.