History Education in a Climate of Crisis 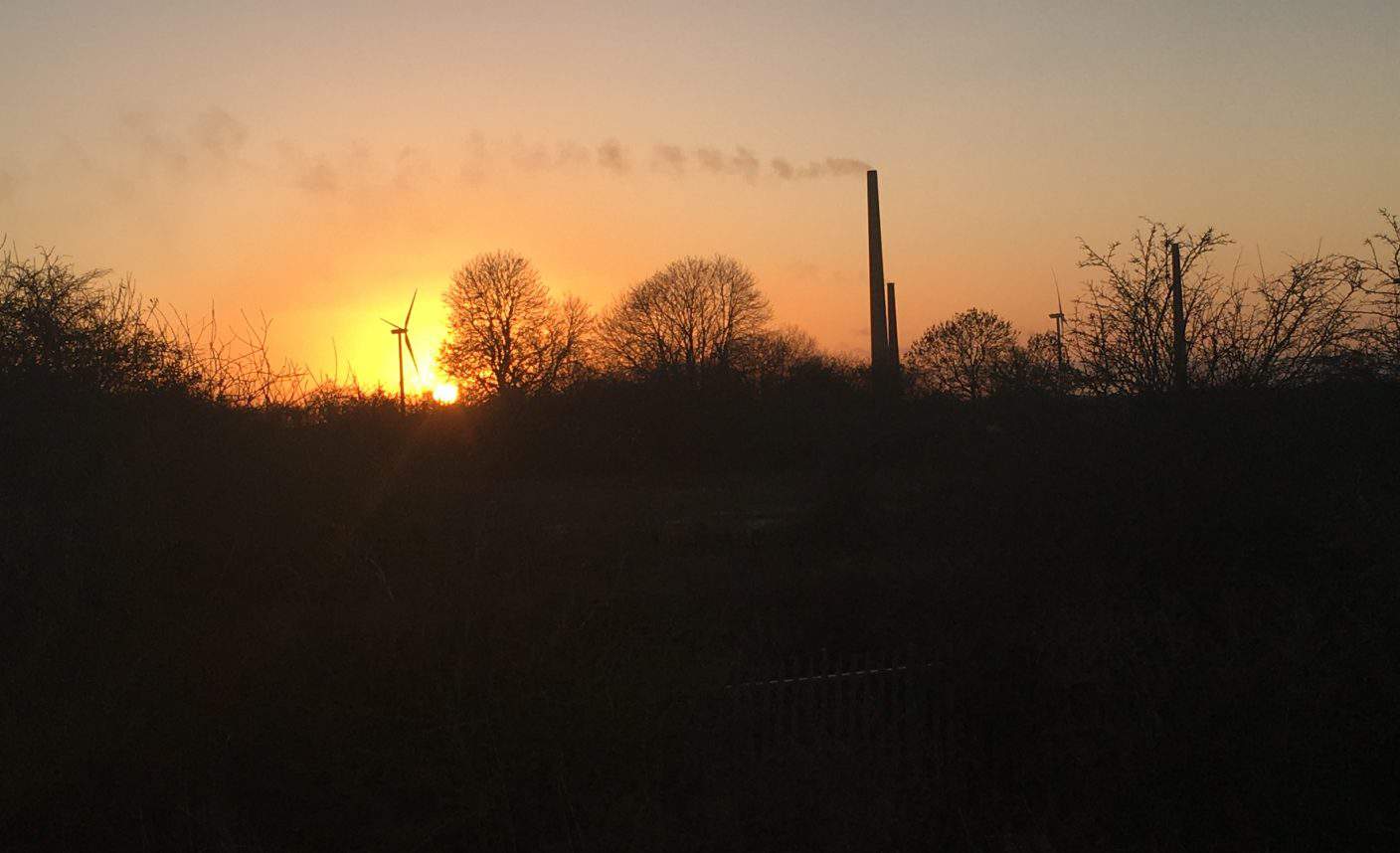 Global discourse is full of hyperbole and vocabulary that, as often as not, has lost meaning through overuse – consider the terms ‘fantastic,’ ‘incredible,’ or ‘awesome’, for example, none of which retain their literal meanings in contemporary usage. Where hyperbole has become normality, it is hard to find the language to register truly ‘epoch making’ change, a fact that creates certain challenges for public history and for history education, particularly if we are to understand these as enterprises in facilitating our public ‘time management’ and an understanding of the stories through which we can make sense of our worlds. And yet, this is precisely the language that we need in the face of the literally ‘epochalyptic’ situation that it is increasingly accepted that we are now in.[1] Can history education, broadly understood, rise to the challenge?

In 2002, in a short paper mapping momentous epochal changes, Paul Crutzen, the Nobel Prize-winning atmospheric chemist, observed that “unless there is a global catastrophe — a meteorite impact, a world war or a pandemic — mankind will remain a major environmental force for many millennia.”[2] This force, Crutzen argued, had been accelerating since the late eighteenth century and was continuing to do so at an eye-watering pace and at one that required urgent action to avert runaway consequences following from the world-altering force that humanity had become.

The current global pandemic and the lifestyle and behavioural changes forced on humanity in response to COVID 19 have proved a demonstration of Crutzen’s thesis – albeit, so far, through marginal shifts in the accelerating impacts that humanity continues to have on our world. Lock-downs imposed some global easing in the force that humanity exerts – diminishing deforestation rates, reducing air pollution and improving water quality in ways that can be tracked and registered, for example,  via NASA’s COVID-19 dashboard.[3] Perhaps there is hope here, many have speculated – a demonstration that change is possible and some small hope, perhaps, that progress can be made on the tight time-scales that earth sciences set for us if we are to make real differences to future catastrophic global trajectories in emissions, temperature rises, tipping points, and so on.[4]

The term ‘Anthropocene’, coined by Crutzen and Stoermer in 2000, is increasingly accepted as a descriptor for our new geological epoch, although the term has yet to be officially recognised as ‘a formally defined geological unit within the Geological Time Scale.’[5]  According to Crutzen (2002), the evidence of human impacts at a planetary scale can be evidenced in analyses of air trapped in polar ice showing increased global concentrations of carbon dioxide and methane in ways that coincide with the spread of the fossil fuel technologies of the industrial revolution, coinciding with Watt’s invention of the steam engine in 1784.[6] Alternative proposals associate the epochal shift with the effects of land clearance for farming millennia before, or more recently in the presence of radioactive markers in stratigraphy caused by nuclear testing from 1945.[7] Increasingly, the consensus is that a graphic spike is now observable in a range of ‘geological proxy signals… resulting from the ‘Great Acceleration’ of population growth, industrialization and globalization’ since the middle of the twentieth century.[8] This ‘spike’ – an almost 90 degree rise since mid-century in graphs tracking these variables – has itself come to act as an icon of the qualitative shifts represented by the Anthropocene in the logo of the Anthropocene Working Group.[9]  The Anthropocene, we can say, poses challenges that are at a stark right-angle to our normal mode of carrying on.

Whatever the temporal starting point, ‘epochality’ is the key. The changes that this new periodization proposes are world-changing – changes that ‘will persist for millennia or longer, and are altering the trajectory of the Earth System, some with permanent effect.’[10]

Challenges for History and History Educators

In a sharp-eyed 2010 assessment of the challenges we face, Mike Davies asked  ‘Who will build the Ark?’[11] How far can historians and history educators help shape consciousness so that people become aware of the ‘flood’ (as it were), of the properties of the oceans we will need to navigate and of the uses and limitations of the compasses and navigational equipment that humanity – a flotilla without an admiral – will have at its disposal? Are these even questions for historians or must we accept that we are limited to ‘regimes of historicity’ in which present and past figure more prominently than futures?[12] Is this work for other kinds of expertise?

There are numerous challenges – not least because thinking ‘the new’ is something that it is difficult to do without cognitive shifts of the kind that human beings are typically resistant to. The challenges for history educators are numerous. They start, perhaps, with a lack of expertise and knowledge – history is, after all, a specialised subject and history graduates typically specialise in tightly defined periods of time (such as ‘modern’ history, post-1750) which do not prepare on directly for apprehending epochs and vast time-scales. To think the Anthropocene requires a command of global processes at scale and scientific literacies which – notwithstanding developments in Big History in the last 20 years – are rarely developed in the education of historians. The challenge is a matter of aims also and not just of expertise. Historians tend – still – to focus on topics in the histories of nation states rather than the globe, and school history curricula remain firmly ‘nationalised’ (to borrow Stefan Berger’s terminology) in most countries around the world.[13] History that sets such local ambitions for itself can scarcely help address issues in the face of which nation-states are – like Shelley’s ‘nations and empires’ – merely ‘wrecks of a dissolving dream.’ [14] There are challenges for those whom public historians and history teachers might educate also – thinking large concepts and large temporalities is in itself a cognitive challenge and our ‘narrative’ minds impose story shapes on reality – ones best suited to the human scale and not well placed to cope with the long term and outcomes in the face of which the human scale can appear, like Braudel’s history of events, as mere ‘froth’ on the waves of time.[15]

However, challenges can sometimes be opportunities and perhaps history education can move beyond the traditions of passing on narratives and practices and instead equip the next generation with the capacity to read the world as global citizens and to think constructively about the future of the planet. ‘Ar scáth a chéile a mhaireann na daoine,” is an old Irish saying which loosely translates as ‘we are shielded from the sun by each other, we rely on each other for shelter’ but that is a rather narrow translation of this ancient seanfhocail (old saying), on a deeper level, it talks about interdependence and a sense of empathy – we are all dependent on each other. Can history education, in its current form, interrogate this interdependence? Can it, or indeed, should it, question the relationship between the local and the global? the social and the ecological? In short, we ask – can history education address the challenges a new epoch demands?

The Contributions to the February Issue

In this month’s edition of Public History Weekly, our four contributors were asked to respond to our theme ‘History Education in a Climate of Crisis’ and interestingly, all four focused on educational responses to the ecological threat of the Anthropocene. This in itself highlights the growing concern in educational circles to address the implications of education in a new geological era.

In Week 1, Kenneth Nordgren argues that history education needs to move beyond the nationalist narratives that have characterised modern historicism and towards metanarratives that emphasise the inherent tensions of nature, migration, and cultural encounters over longer periods of time. History education and current ways of thinking about history, he argues, need to change.
DOI: dx.doi.org/10.1515/phw-2021-17397

In Week 2, Zoltán Boldizsár Simon proposes that recognition of the Anthropocene epoch calls for a radically new knowledge regime that balances the human and natural world and new understandings of temporal concepts and breaks. Central to his argument is a rethinking of the concept of historical thinking itself.
DOI: dx.doi.org/10.1515/phw-2021-17407

Week 3’s contribution is from geographer David Lambert who calls for the need to think ‘geographically’ about the Anthropocene, something that he argues requires insights beyond the historical.
DOI: dx.doi.org/10.1515/phw-2021-17408.

Our final paper by Fionnuala Waldron discusses history education’s capacity to support the development of critical, engaged, and active citizens in a world characterised by ecological and political catastrophes.
DOI: dx.doi.org/10.1515/phw-2021-17409

Finally, in a Speaker’s Corner contribution, Marnie Hughes Warrington raises vital questions about ethics, history and scale – matters central to any reflection on the pressing issues that we consider this month. Hughes Warrington questions the idea that history can be written only on one scale and considers interrelationships between moving between scales in historical thinking and related questions of ethics.
DOI: dx.doi.org/10.1515/phw-2021-17580

« Work in Progress. An Interim Editorial
The Anthropocene and the Need for a Crisis in Teaching »