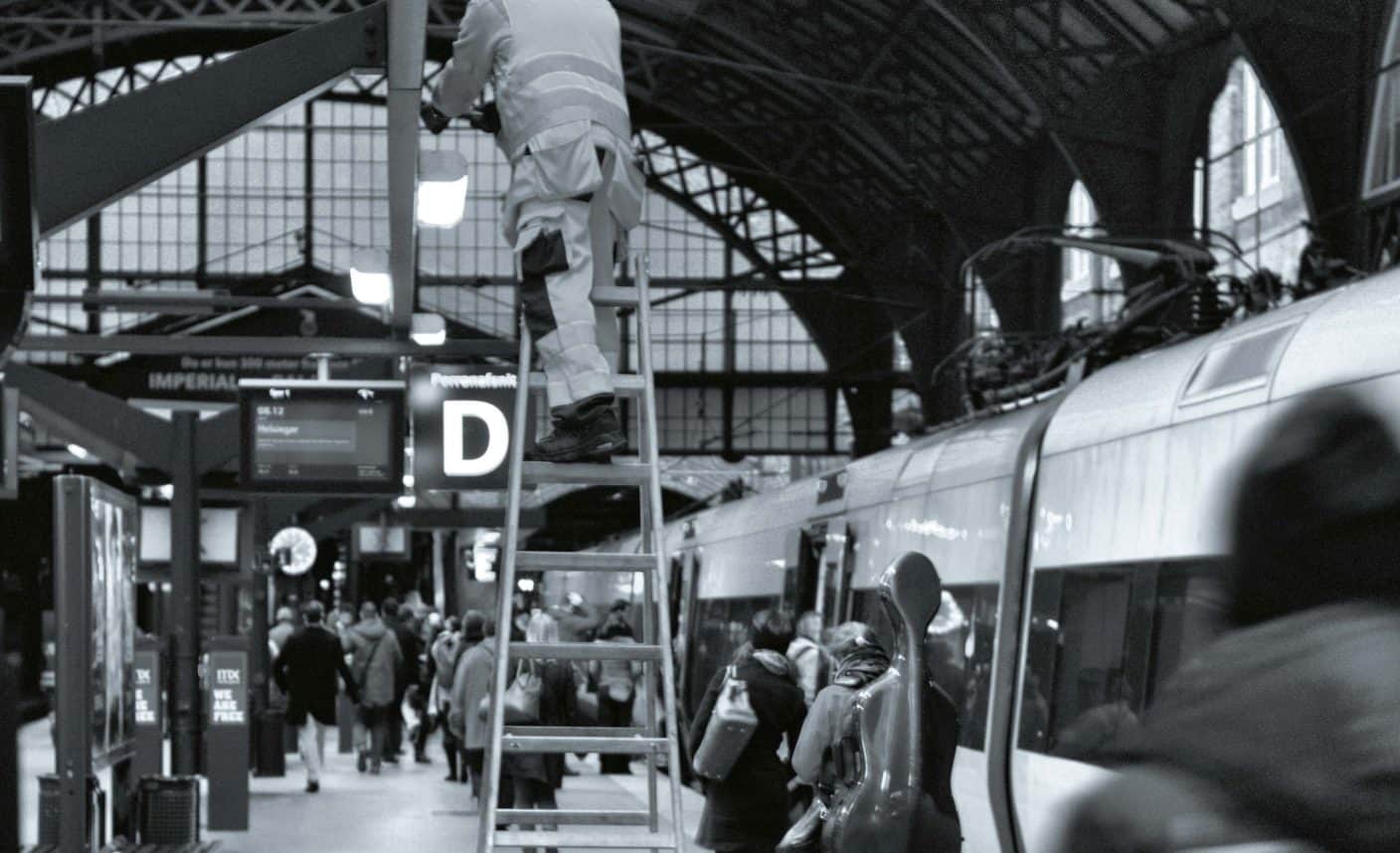 Abstract: Basil Bernstein (1924-2000), the British sociologist of education, describes two modalities of knowledge as “hierarchical” and “horizontal” knowledge structures. His descriptions are useful to help interpret the nature of historical knowledge in schools and may have practical relevance for teaching and learning in history.
DOI: dx.doi.org/10.1515/phw-2019-13687
Languages: English, German

Basil Bernstein (1924-2000), the British sociologist of education, describes two modalities of knowledge as “hierarchical” and “horizontal” knowledge structures. His descriptions are useful to help interpret the nature of historical knowledge in schools and may have practical relevance for teaching and learning in history.

It is useful to use pictures such as those of the ladder and the train when introducing these notions to teacher education students. The ladder (hierarchical) has a broad base and gets narrower and narrower. It is integrated and moves from low to higher levels. The railway has a series of coaches that are coupled together to form a train, running on the same horizontal rail tracks. There may be few or many coaches. They can be added or dropped without serious implications for the rest of the train. Nor does it make much difference in what order they are placed. The train has coaches that are like each other, in that they are all built in the same manner, to a common plan, though it is possible that their purposes could differ. History is the train. The train of coaches relates broadly to the substantive aspect of history, the way the coaches are designed and the train is constructed relates to its procedural aspects, its grammar.

Organising the content of history curricula chronologically, according to eras or reigns from a fixed starting point, immediately evokes a train, albeit one that has a strict order and does not allow for random addition, though one could more easily leave out, e.g., the shorter or less important periods from the history. The danger of this approach was the fixed nature of the past that it portrayed and that, in order to complete the curriculum, one had to proceed from start to finish. The horizontal knowledge structure of history, however, made it possible to replace these curricula by ones that were organised in themes, topics, or patches which were not ordered (without any question that one was still studying history). The problems that then arose involved how to establish a logic for the topics chosen, how to avoid duplication in subsequent years and how to decide at which year level a topic was best studied.

Planning school history with both the substantive and the procedural[2] simultaneously in mind can assist in providing an organisational logic. I use as an example of this a book written for secondary education on South Africa during the apartheid era.[3] A template had been provided for the concepts and skills to be covered: it began by asking what sources and evidence were in history; how one worked with sources; the problems occurring in working with sources (reliability, fact and opinion, contradictory sources, the range of sources available); and theories and interpretations of history. Choosing the historical content with which to handle these topics hinged on several factors that required careful consideration.

There needed to be a chronological narrative line, which could not be strict as so many of the topics overlapped in time; key events, places and actors had to be given a role; the textual and photographic sources needed to arouse interest and to make it possible to pose challenging questions; and the topics chosen had to fit the task at hand: “How do we make sense of oral sources?” required suitable oral source material; “What does reliability mean?” required suitable sources to illustrate issues of reliability; and so on. The choice of which coach to place where in this history is constrained by the logic of the procedural concepts.

There is clearly no hierarchy in such content knowledge nor is there any sense in which it can be integrated to create higher levels of abstraction. But the possibility of verticality (a series of topics studied in increasing content complexity or depth) is worth exploring further: might there be pre-requisites for studying some curriculum topics that would benefit from particular prior knowledge before they are embarked upon by children? Or, are there valid reasons for reserving certain topics for younger or older age groups? And, can understanding be enhanced by establishing broader patterns, firmer chronology and greater conceptual depth through a carefully chosen vertical content series?

These are issues to which curriculum committees typically pay little or no serious attention[4], which teachers and textbook writers lack the experience or confidence to engage in and which get left behind in the debates about the relative place of procedural and substantive knowledge in school history. Michael Fordham notes incisively that it is a major flaw of most existing progression models that they do not include the substantive dimension.[5]

Michael Young helpfully summarises Bernstein’s description of the process that this involves:

“Re-contextualization […] means the selection, sequencing and pacing of contents that takes into account both the coherence of the [academic] discipline subject and the limits on what can be learned by students at different stages of their development. In other words […], school teachers also have to take account of pedagogic criteria and their knowledge of the capabilities, experience (and potential) of the students. This difference is one of structure and sequencing, not of content.”[6]

I suggest that one needs to use the notions of horizontality and verticality dynamically in this way to justify the nature and purpose of historical content knowledge at school.

_____________________
[1] Basil Bernstein, “Vertical and Horizontal Discourse: an essay,” British Journal of Educational Sociology, vol. 20 no 2, 1999.
[2] See a discussion of this in Carol Bertram, “Exploring an historical gaze: A language of description for the practice of school history,” Journal of Curriculum Studies, 44:3: 430–433.
[3] Rob Siebörger, Gail Weldon and Chris Hinton, What is Evidence? South Africa During the Years of Apartheid. A skills-based approach to secondary history (Cape Town: Francolin Publishers, 1996).
[4] Unusually, the History Working Group for the first National Curriculum in England provided insightful commentary on their curriculum design task. They had, however, very little to say about these issues of content. Department of Education and Science, National Curriculum History Working Group Final Report (London: HMSO, 1990), 7–19.
[5] Michael Fordham, “Types of knowledge in a history curriculum,” see https://clioetcetera.com/2017/03/20/types-of-knowledge-in-a-history-curriculum/ (last accessed 11 March 2019).
[6] School subjects are recontextualised from academic disciplines into their school curricula. See Michael Young, “Overcoming the crisis in curriculum theory: a knowledge-based approach,” Journal of Curriculum Studies, 45:2 2013: 109.