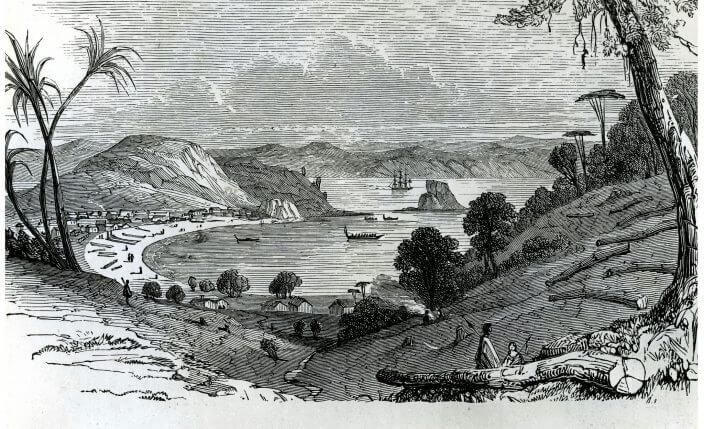 Abstract: Whilst war remembrance in New Zealand is dominated by ANZAC and Gallipoli, there is a growing momentum to commemorate the colonial wars of the 19th century between indigenous Māori and the British/colonial forces. This raises questions about how post-colonial nations such as New Zealand address the difficult features of their past as well as ensure that young people engage with different perspectives on war remembrance that are inclusive of difference and encourage them to think critically about such issues.
DOI: dx.doi.org/10.1515/phw-2016-5998.
Languages: English, Deutsch


Whilst war remembrance in New Zealand is dominated by ANZAC and Gallipoli, there is a growing momentum to commemorate the colonial wars of the 19th century between indigenous Māori and the British/colonial forces. This raises questions about how post-colonial nations such as New Zealand address the difficult features of their past as well as ensure that young people engage with different perspectives on war remembrance that are inclusive of difference and encourage them to think critically about such issues.

War remembrance in New Zealand is closely aligned with an ideal of ANZAC[1] identity that primarily focuses on this country’s part in the unsuccessful attempt by the Allies in 1915 to invade the Gallipoli peninsula, the sovereign territory of what is now Turkey.

However, there is a growing momentum to also commemorate the colonial wars of the 19th century between Māori[2] and the British/colonial forces[3] and this has recently gained traction from an unexpected quarter. During 2015, two senior secondary school students (Waimarama Anderson and Leah Bell) from a small provincial college in the North Island initiated a petition that called for a national day of commemoration for the New Zealand Land wars. The petition wants to ‘memorialise those who gave their lives on New Zealand soil’ and pleads for this to be more widely taught in schools.[4] While a minority of critics argue that this is grievance history (and New Zealand needs to embrace the future rather than dwelling on the past[5]), the initiative has garnered considerable support, in principle, across the political spectrum.[6] It has been signed by over 12000 signatories and is now before a parliamentary select committee considering this question.

The petition raises questions about how post-colonial nations like New Zealand address the difficult aspects of their history. Although an increasing number of history teachers prioritise the colonial wars in their programmes, few young New Zealanders learn about the contentious aspects of their past in schools. History, as a discipline-informed subject, is only offered as an elective in the senior school and is studied by a minority of students. The high autonomy curriculum model that operates in New Zealand sees little prescribed content and, because schools are self-managing, they are able to choose what they teach. Typically, schools either veer away from the contentious aspects of New Zealand’s past or see it as not relevant to their community. The reluctance to engage with the controversial aspects of New Zealand’s past is not new. It has been a feature of New Zealand education for decades.[7]

The position of the Education Ministry is to encourage rather than direct. While it supports the idea of teaching about the New Zealand wars with appropriate resources, it will not make the topic compulsory.[8]

“What we are not doing – and are not going to do – is make this or any other topic compulsory. The National Curriculum is a framework for schools and kura[9]. It provides them with guidance on covering key learning areas and designing their own curriculum. How they do that and what they include in their curriculum should be for them to decide, in consultation with their local community.”[10]

Although the colonisation experience is a core feature of renegotiating the relationship between Māori and non-indigenous New Zealanders, the ‘hands off’ model promulgated by the Ministry of Education is unlikely to result in young people learning about the colonial wars (or other contested aspects of this country’s past).

There is no shortage of resources to teach about New Zealand history.[11] Rather, what is needed is a shift in thinking that sees the history of this place as a priority for young New Zealanders to understand if they are to engage with 21st century society as critically informed citizens.

Engaging young people with a critically informed understanding of New Zealand’s past is not a simple process. Aside from the question of the controversial nature of this history, young people are typically encouraged in their schooling to approach topics to do with war remembrance with a reverence for those who died (or served) and they are reluctant to consider the complexity of these events or address the difficult aspects – an approach that is potentially exclusive and discourages opportunities for meaningful critique.

In New Zealand, how we commemorate the military pacification of Māori opposition to the British colonisation that saw (in breach of the guarantees of the Treaty of Waitangi[12]) the confiscation of Māori lands and a series of wars that included human rights abuses on both sides, is not simply a matter of a teaching a received narrative. What is needed is space for different perspectives on war remembrance that are inclusive of difference and that allow young people to think critically about the significance of the Colonial wars of the 19th century, rather than simply approaching the question of the land wars through the lens of memory, as is presented in the petition:

“In our country we do not commemorate those who lost their lives here in New Zealand, both Māori and colonialists. Their blood was shed on New Zealand soil; their lives were given in service to New Zealand … New Zealand cannot afford to forget the ultimate sacrifice of the soldiers and warriors on the plains, coasts, hilltops and valleys of our great Nation.”[13]

The petition, however, has achieved what was largely unthinkable even a decade ago: a parliamentary select committee considering how this country should address the contentious aspects of its past. It has a long way to go but the instigators have laid down a challenge to their elders and, as they say, “what we are doing now is a starting point for a historically conscious future.”[14]

Drawing (1844) of Kororāreka (Russell), Bay of Islands around the time of the Northern War (Flagstaff War) (@ Flickr). © Archives New Zealand with CC BY-SA 2.0; cf. www.nzhistory.net.nz/war/northern-war.
Kororāreka (in the Northern part of the New Zealand) was the center of European settlement in the early 19th century. Although it had a reputation as a lawless frontier town, relations with Maori were initially positive until the mid 1840s. Kororareka then became the center of the Northern war between British and local Maori. Opposition to the government (and its Maori allies) was led by the chief Hone Heke who saw the British as eroding the authority of his people to retain control over their lands and resources as guaranteed by the Treaty of Waitangi.

« Local History Knowledge instead of Regional Folklore
Black or White? Reconciliation on Australia’s Colonial Past »