Who We Are: Public Historians as Multiple Personalities? 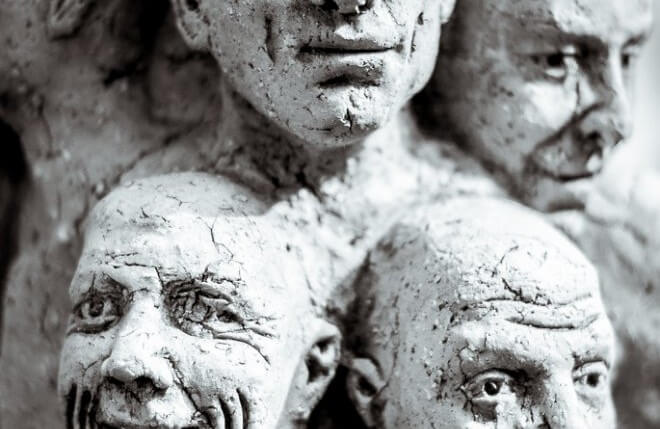 Abstract: There is no doubt that, since its inception in the United States, public history has been increasingly professionalized internationally as an academic teaching and research discipline. At German universities, however, its status is still fuzzy. Although it is growing deeper institutional roots as more and more positions are devoted to it, it is too early to tell how far this trend will propel it toward becoming an established part of historical studies. One occasionally discussed, but not yet adequately clarified aspect in this context, is the identity of the players involved: who exactly belongs to the group of public historians?
DOI: dx.doi.org/10.1515/phw-2015-4908.
Languages: English, Deutsch


There is no doubt that, since its inception in the United States, public history has been increasingly professionalized internationally as an academic teaching and research discipline. At German universities, however, its status is still fuzzy. Although it is growing deeper institutional roots as more and more positions are devoted to it, it is too early to tell how far this trend will propel it toward becoming an established part of historical studies. One occasionally discussed, but not yet adequately clarified aspect in this context, is the identity of the players involved: who exactly belongs to the group of public historians?

The Birth of a Discipline?

Especially during the last five years, the U.S. model has been copied at German universities, which are implementing it in different ways depending, on their organizational requirements and policies. This can take the form of anything from individual classes all the way to entire Masters programs.[1] Depending on the focus of each university, the offered courses are implemented by creating new teaching positions at the interfaces between history and profession,[2] hiring lecturers to teach additional classes in this field, or establishing subject-related or specialized professorships for public history and/or applied history.[3] As a teaching and training discipline, public history—at least at first glance—does seem to be helping historians to meet the growing demand for answers to questions related to their area of study.

Who? How? What? – Public Historians

The few attempts made so far to find a common denominator for the theoretical and practical work of public history, at least within the context of the German university system, have yet to offset the existing theoretical deficit.[4] Nevertheless, they do show that German-speaking practitioners already have access to a working infrastructure for sharing information and communicating with one another. If the criteria of the sociology of knowledge for identifying and characterizing scholarly and scientific disciplines are applied, such a “sufficiently homogeneous” communicative space may be regarded as yet another step toward strengthening and legitimizing the field of public history.[5] The most important institutions enabling this broad communication among the various players involved include the multilingual blog journal “Public History Weekly” and, in particular, the “Working Group on Applied History and Public History” of the German Association of Historians.[6] However, the membership of this working group, whose declared goal is to support fruitful and continuous sharing among scholars and practitioners of this branch of historical studies, reveals another interesting gap in the discussions to date: who exactly are the players in the fields of public history and/or applied history?

Even these last two terms have not yet entered historians’ everyday vocabulary. But who, or what, is the German equivalent of those who are known as “public historians”[7] in the United States? Is it mainly those who have graduated from the new public history degree programs? If so, they have not yet outed themselves as such. Or does the term refer primarily to those who teach or conduct investigations in public history or applied history? The problem here is that this definition would exclude many of the freelance historians who are also involved in conveying historical knowledge.[8] Or, perhaps, it comprises all historians who feel called upon to carry history into the public realm—including analyzing how the public perceives and deals with history—or everyone who practices history in public, along the lines of “public historians come in all shapes and sizes”?[9] Unfortunately, none of these suggestions appears suited for use at the level of everyday work.

Which of the personality profiles described above is able to embrace both the public relevance and the research and scholarship aspects of public history? Or, to put it another way, which of them could make it easier for scholars and lay persons to join forces and spawn new types of dialog while dismantling barriers among historians, practitioners, and interested members of the public?[10]
One answer might be to merge the multiple personality of historians, who bring together “the best of all worlds” and are also able, at the very least, to comprehend the work of everyone else involved in a given project. Although practical experience on the other side of the fence is good for everyone, it is not advisable for public historians to play the role of “daring pioneers” or “dangerous adventurers” (Henry Rousso).[11] In view of the progressive specialization and differentiation of historians, this statement may seem anachronistic. However, in terms of the goal of stressing and strengthening the character of public history as a process that involves reflecting on or applying history, it certainly deserves consideration.

It doesn’t make it necessary to invent a “new kind of person”—many historians already situate themselves in the hybrid zone between research and teaching, on the one hand, and practice and becoming involved with the public, on the other. It is common for them to play widely diverging roles: as academic historians and, specifically, for the most part, as contemporary historians whose work focuses on the culture of history and remembrance, amongst other things; as public historians whose principal goals are to acquaint the public with the processes and mechanisms involved in studying the past and to build bridges for their audience, while, in many cases, also being actively involved as experts in practical projects, such as exhibitions.
This is not an appeal to define public historians as multiple personalities. Rather, it calls on all players to reflect on the different and changing roles they perform: as historians who preserve their core activity of research-based scholarship, and as practitioners who also apply scholarly methods. At the end of the day, perhaps, the described hybrid personality structure—firmly anchored in historical studies yet, at the same time, practical in its orientation—will turn out to be exactly what is needed to ensure the future of historical studies in the 21st century.