Breaking away from Passive History in the Digital Age 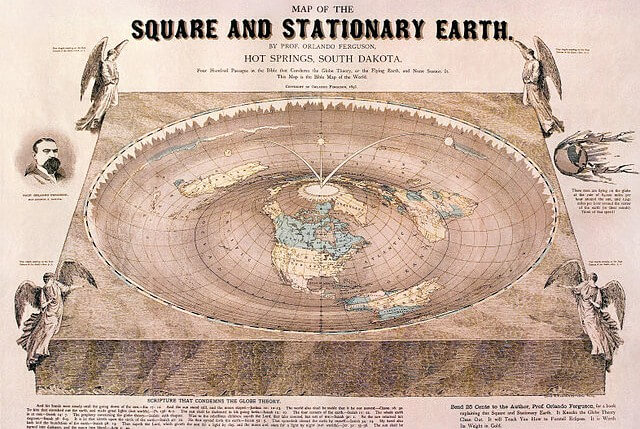 Abstract: In Teaching History in the Digital Age, Mills Kelly recounts a teaching anecdote with millennial students. At the beginning of a history class, an avid student informed Kelly that he had “fixed” the Nuremberg video they watched during the previous session.
DOI: dx.doi.org/10.1515/phw-2015-4576.
Languages: English, Deutsch


In Teaching History in the Digital Age, Mills Kelly recounts a teaching anecdote with millennial students. At the beginning of a history class, an avid student informed Kelly that he had “fixed” the Nuremberg video they watched during the previous session.

Stunned, Kelly decided to show this modified version to the class. It was the same Universal Newsreel but much of the music track had been replaced with new background music: bass notes from the movie Jaws and passages from Mozart’s Requiem. As the student then explained, the new music was much more appropriate to the seriousness of the situation. “From now on, Professor Kelly,” he insisted, “you should use my version.” Kelly, the scholarly historian, tried as much as he could to explain that the remix was very creative but not the original source of the time. Unimpressed, the student shrugged his shoulders and replied: “Yeah, but mine’s better.”[1] Welcome to the digital world![2]

The Future is not what it used to be

In his award-winning book, The World is Flat, Thomas Friedman contends that a converging set of factors has drastically changed the world in which we live, turning it into a place where people can “plug, play, compete, connect, and collaborate” in ways never experienced before.[3] Today’s students were born and raised in this world. The generation of “digital natives” has never known a place without personal computers and Internet access. In their language, library is spelled “G-O-O-G-L-E” and the once honoured quality of being “smart” now applies to cellular phones and interactive whiteboards. With this in mind, they naturally expect their education to support their own attitudes toward learning and technology.

In the field of history, technology has not only affected classroom delivery, it has also impacted on the entire discipline itself, providing new approaches for examining, representing, and sharing knowledge with new communication technologies. In a previous age, researchers faced a scarcity of information. Today, the greatest challenge might well be the “culture of abundance.” As Dan Cohen, executive director of the Digital Public Library of America, illustrates, if a student wants to write a history of the Lyndon Johnson White House she has to analyze 40,000 memos issued during Johnson’s administration. Now if she wants to write about the Clinton White House, she has four million emails to deal with.[4]

Technology and its impact on “doing history”

The impact of technology on history is such that the American Historical Association (AHA) just released the first ever guidelines for the evaluation of digital scholarship in history.[5] Around the world there is growing evidence of this impact, from digital archives and oral history collections through to data management software, serious games, digital learning resources, and MOOCS (massive open online courses). For the last decade, I have been arguing – along with other colleagues – that digital history is transforming the way our students “do history.”[6] Growing evidence now suggests that technology has, indeed, positive impacts on students’ historical thinking and engagement, providing them with tools to investigate the multiple perspectives and relics of the past instead of memorizing a set of historical facts. The Stanford History Education Group (SHEG) is one U.S. initiative intended to implement technology in teaching and assessment with their “Reading like a historian” and “Beyond the Bubble” programs.[7] In Canada, we have also developed our own approach to historical thinking, called the Virtual Historian, in collaboration with the Historical Thinking Project.[8]

Changing the way we “byte” into history

Many educators adhere to this new interactive approach of history. Unfortunately, the education regime that too many students receive does not prepare them for the challenges of the “flat” world. Confronted in their daily lives with an overabundance of information delivered through a myriad of sources, students still receive a history “combo” in neatly packaged lectures, uncontroversial textbook stories, and accompanying worksheets that evade multiple perspectives and critical interpretation. How, then, do we close the gap between “old world teaching” and the “21st century world that students are linked to by their smartphones”?[9] There is no simple answer to this question.

Technological amplification as a challenge

Many educational institutions have eagerly embraced the digital revolution, adopting novel classroom technologies and raising awareness about the use of the Internet. But these do not, in and of themselves, make informed citizens in the 21st century. Technology, as Kentaro Toyama of the University of Michigan School of Information puts it, “doesn’t add a fixed benefit. Instead, it amplifies underlying human forces.”[10] Amplification helps to explain all sorts of human-technology interactions. It helps to explain why, for instance, widespread Internet has promoted free speech and access to information in democratic countries but dissent and propaganda in autocratic regimes. It also helps to explain why MOOCS are completed almost exclusively by serious-minded, well-educated citizens and not by unemployed high-school dropouts.

Amplification and the need for teacher agency

Applied to history education, amplification helps us to understand what it might be possible to do with our digital natives. Simply providing students with a million free digital images from the new British Library Flickr’s site is unlikely to further their critical reading and historical thinking skills.[11] Organizations and people who are making a positive difference in the field are those who have been able to leverage technology as a tool to engage their students in “doing history” and in ways that are consonant with a given societal culture and established educational values.[12] Toyama’s notion of amplification thus reaffirms the importance of teacher agency in a digital age. It reminds us that more technologies will not help educators if they are headed in the wrong direction. Successful digital history education must start with a deep understanding of how historical knowledge is constructed and shared.

« The Colosseum! What else left over from history education?
Digital Public History Narratives with Photographs »