On Historical Justice and History Education 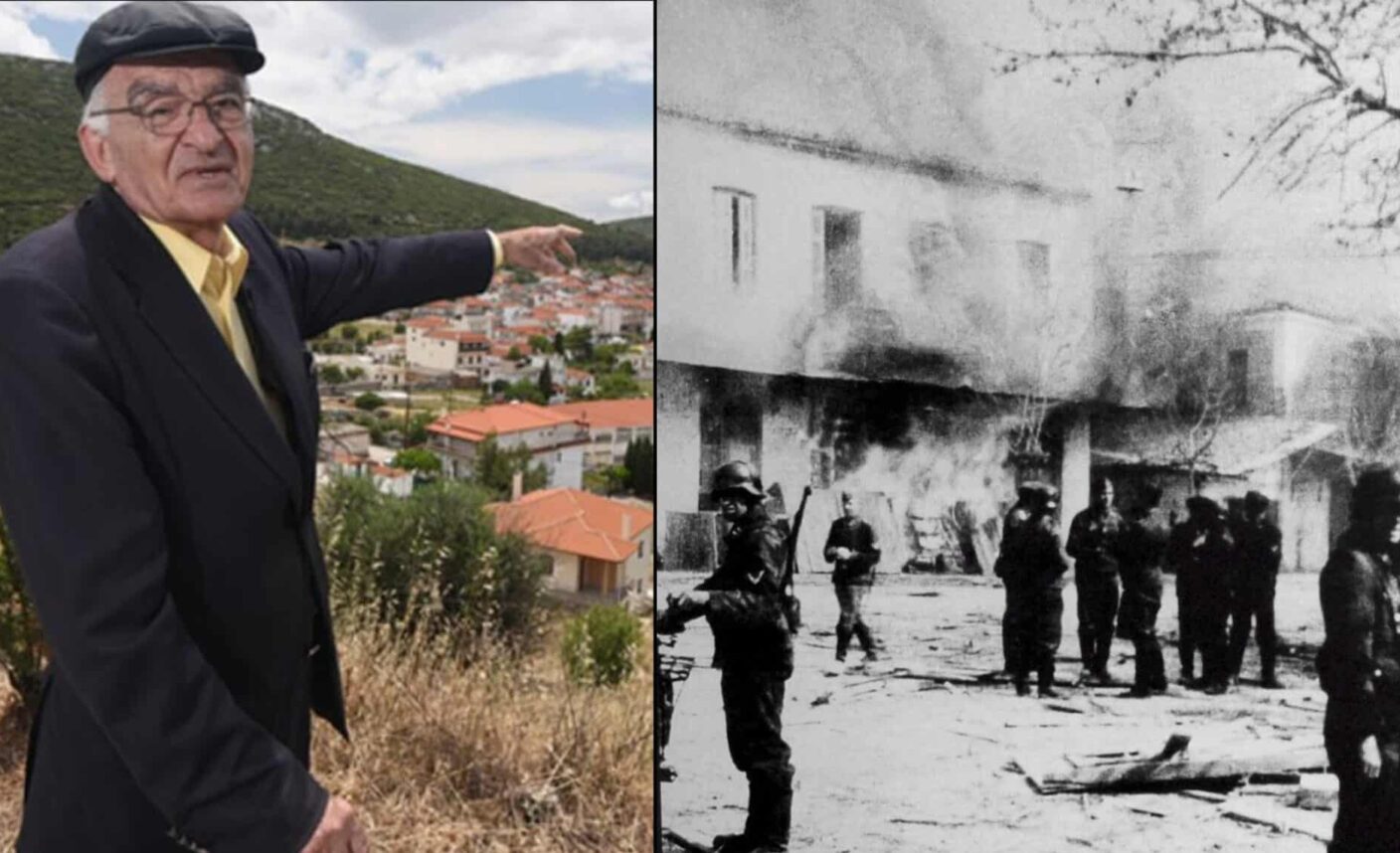 Abstract: Historical justice and its relationship with historical education are convoluted. This article presents three forms of historical justice posed by social and political theory – that is, retributive, reparative/restorative and transitional justice. It then highlights how the latter, similarly to historical consciousness, aims to foster moral awareness. It concludes that a moral dimension of history is the historicization of public memory.
DOI: dx.doi.org/10.1515/phw-2022-20122
Languages: English

Historical justice has a varied history that starts with the Nuremberg Trials. A guiding thread that connects the past with the future of historical justice is the gradual transition from punitive practices and sentencing of perpetrators, to the care for the moral and material rehabilitation of victims. Historical justice can also extend to the formation of committees of truth and reconciliation and to efforts that prevent and avert crimes against humanity, in the present and future. These ideas presuppose the use of historical knowledge as a preventive mechanism to overcome the perpetual cycle of suffering, which, in addition, presupposes the mobilization of historical science and education from the perspective of a moral and democratic citizen.

Historical justice means the urgent demand to investigate the truth about the “dark pages” of history or its significant silences in order to redress the injustices committed against specific social groups. The successful completion of this investigation implies the partial adjustment or overthrow of the historical rule/canon and the replacement or rearrangement of the national narrative, which will be the basis for either national reconciliation or the overcoming of hostile relations between states.

1. Retributive justice. Typical examples are the Nuremberg Trials, the enactment of Laws on Historical Memory (France, Poland), national or international trials to clear the traumatic and controversial past (ultimate betrayal, or collaboration with the enemy), as well as sentencing war criminals or crimes against humanity.

2. Reparative / restorative justice. Notably, this form of historical justice, enshrined internationally in the 1949 Geneva Conventions, is not a retroactive form of criminal liability for dark acts and obscure aspects of the past. Restorative justice can take two forms, a financial and a moral one. The latter involves the symbolic redress of defamation, persecution, humiliation, injustice or violence suffered by the victim.

At an intra-state level, the establishment of Truth and Reconciliation Committees in South Africa, following the abolition of racial segregation and exclusion of the black population (1995), is considered the best example of restorative justice (South Africa’s Promotion of National Unity and Reconciliation Bill). Another typical form of symbolic redress in the context of restoration is the retroactive vindication of 75,000 British gay men in early 2017.

Lastly, manifestations of intra-state redress include the introduction of affirmative action in favor of disadvantaged groups (predominantly in the US), and the renaming of streets and the erection of monuments dedicated to the memory of victims. In a reverse practice, acts of retribution include the destruction of monuments and symbols that have been embodying tyrannical regimes and times of violence, freedom and cold oppression.

3. Finally, transitional justice. This term includes the demand for reconciliation and bridging the social gap. The latter can be achieved, among other ways, through processes of “retrieval” of truth, consultation on cultural symbols and new standards of places of memory.[1] This category[2] includes symbolic political actions, such as the kneeling of German Chancellor Willy Brandt in 1970 in front of the Warsaw Ghetto Monument or the recognition of the French state’s responsibilities for the Vichy Regime by the French President Jacques Chirac in 1995.[3]

Τhe distinguishing feature of transitional justice, that is, the element in which it differs from symbolic restorative justice, is the fact that symbolic actions, such as the kneeling of Willy Brandt in Warsaw, the recognition of political, moral and historical responsibility by Jacques Chirac in 1995 for the semi-fascist and collaborationist regime of Vichy (1940-1944) and the establishment of truth and reconciliation committees, are constituted with the purpose of becoming part of a – possibly long – complete framework of socio-political processes aiming at historical self-knowledge, moral cleansing and, perhaps finally, reconciliation.

In the historical consciousness, there is always an ethical background. For this reason we are obliged to include the moral dimensions of History in the core of the curricula of historical studies, especially the historicization of public memory. It must be noted that in many European countries, such as Belgium, the so-called “memory education” has become an official part of history curricula or interdisciplinary aims and objectives of secondary education.

The term “remembrance education” signifies the recognition of a certain responsibility “for crimes or persecutions that have occurred in the past”, and the knowledge of the “dark chapters” of humanity so as to “prevent the repetition or denial” of these “catastrophic events”.[4] Remembrance education also allows us to express our duty as citizens to fight against intolerance, discrimination, racism, xenophobia and human rights violations.[5]

Finally, for this analysis, we refer to Roger Simon’s approach, which is based on the thinking of Benjamin, Levinas, Derrida and Homi Bhabba. His approach is an original and radical form of critical pedagogical memory.[6] Simon defines historical consciousness as a form of moral awareness, which brings into the present traces points of the past (texts, material remains, artifacts, photographs, oral testimonies, etc.).[7] Simon believes that historical sources are not mere constellations of historical information. Crossing them, we cross the space-time borders and dive into the painful experience of the people of the past: we listen to their plural voices and give them space in our own mental and psychological universe.[8]

Such an approach transforms history into a field of constructing a new sociopolitical responsibility and public morality, which, while treating the past in both historical and moral terms, is not content with the task of memory (i.e. the “I Do not Forget” [Δεν Ξεχνώ] demand in Cyprus).[9] On the contrary, it transforms the bitter aftertaste of the past into a power of understanding the inequalities, conflicts and antinomies of the present on the one hand, and into a creative impulse for a future of emancipation and justice on the other hand.

In this light, the past as an “absent presence”[10] no longer haunts the present, but “reconciles us to its ghosts”,[11] as well as to its diffuse and multiplying otherness, while helping us to perceive its gaps and blind spots of our own identity and historical reading.

[1] John D. Brewer, David Mitchell, and Gerard Leavey, eds., Ex-Combatants, Religion and Peace in Northern Ireland. The Role of Religion in Transitional Justice (Basingstoke: Palgrave Macmillan, 2013), 155.
[2] The following actions could also be considered as forms of transitional justice, but focused on public apology:
a) The establishment of a “National Sorry Day” in Australia in 1998, in remembrance of the discrimination against Aboriginal people;
b) the 1997 apology of US President Bill Clinton to the survivors of the Tuskegee Syphilis Study. This massive experiment was conducted in the state of Alabama during the forty years of 1932-1972 against poor African-American farmers without their consent, and as early as the mid-1940s the treatment of syphilis with penicillin was successfully applied; and,
c) the Belgian confession (2002) of their role in the assassination of Congolese Prime Minister Patrice Lumumba. The action followed suit with the initiative taken in 2005 by the Royal Museum for Central Africa in Brussels: in particular, it reviewed the entrenched colonial political memory, as well as the relevant historical and museological strategies that legitimized the organization and organization of collections.
For all the above examples, see details in the exhaustive and multidimensional book of Elazar Barkan, and Alexander Karn, eds., Taking Wrongs Seriously. Apologies and Reconciliation (Stanford: Stanford University Press, 2006).
[3] On the different categories of historical justice see Elazar Barkan, and Alexander Karn, “Group Apology as an Ethical Imperative,” in Taking Wrongs Seriously. Apologies and Reconciliation, eds. Elazar Barkan, and Alexander Karn (Stanford: Stanford University Press, 2006), 3-30. On transitional justice specifically, see: Neil J. Kritz, ed., Transitional Justice. How Emerging Democracies Reckon with Former Regimes, volume I: General Considerations, volume ΙΙ: Country Studies, volume ΙΙΙ: Laws, Rulings, and Reports (Washington, DC: United States Institute of Peace Press, 1995).
[4] Karel Van Nieuwenhuyse, “‘Remembrance Education’ and the Historization of Holocaust Memories in History Education,” International Society for History Didactics, Jahrbuch 2012, 207-210.
[5] Karel Van Nieuwenhuyse, ibid.
[6] Kent Den Heyer, “A Dialogue on Narrative and Historical Consciousness,” in Theorizing Historical Consciousness, ed. Peter Seixas (Toronto / Buffalo / London: University of Toronto Press, 2004), 202.
[7] Kent Den Heyer, ibid., 203.
[8] Roger I. Simon, ibid., 189.
[9] “Δεν Ξεχνώ”, meaning “I Do not Forget”, has become the key slogan of Greek Cypriots in the years following 1974. As Christodoulou (2021) points out, the “I do not Forget policy” focused on keeping alive the collective historical memory of the invasion, the refugees, the human rights abuses and the sot lands in order to be able to claim them back (Christou, 2006); thereby, historical memory became synonymous with the pursuit of historical justice. See: Eleni Christodoulou, “Textbook Revisions as Educational Atonement? Possibilities and Challenges of History Education as a Means to Historical Justice,” in Historical Justice and History Education, ed. Matilda Keynes, Henrik Åström Elmersjö, Daniel Lindmark and Björn Norlin (Basingstoke: Palgrave Macmillan, 2021), 215-248.
[10] Roger I. Simon, ibid., 187.
[11] Roger I. Simon, ibid., 187.

Argyris Sfountouris is a survivor and a reparations activist of the massacre of the village of Distomo on 10th June 1944 by the Nazis.
© Collage of two photos by PHW staff.

« History and Justice: Dialogues from the Eastern Mediterranean
History in Court: Punishment of Asia Minor Catastrophe »