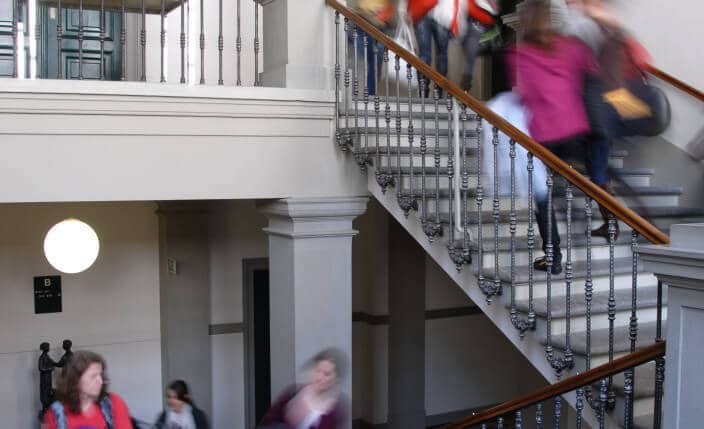 Abstract: It is causing a stir among the wider public up and down the country. Currently subject to consultation, the much-debated and much-anticipated new curriculum (“Lehrplan 21”) serves to implement the mandate of the Swiss Constitution to harmonise educational objectives on all school levels.
DOI: dx.doi.org/10.1515/phw-2013-539.
Languages: English


It is causing a stir among the wider public up and down the country. Currently subject to consultation, the much-debated and much-anticipated new curriculum (“Lehrplan 21”) serves to implement the mandate of the Swiss Constitution to harmonise educational objectives on all school levels.

A new beginning in the cantons

In Switzerland, educational sovereignty resides with the cantons, not with the federal government. Twenty-one German-speaking cantons have joined forces to provide the feasible coordination of education in Switzerland. “Lehrplan 21” integrates the national educational objectives (educational standards). It thus ensures compatibility between the cantonal educational systems and responds to the mobility of families within the country, which is becoming an increasing reality. Not only is this development pleasing and remarkable, but it is also unprecedented on this scale! “Lehrplan 21” is not a reform project, and it ties in seamlessly with existing curricula. It is meant to provide a readily usable tool for teachers, to facilitate their everyday work, and to establish a reliable and clear pedagogical framework.

One great benefit of the new curriculum is its skills orientation. “Lehrplan 21” describes the competencies to be attained by the end of compulsory education. The structure is described in three cycles, and for each cycle a minimal standard is defined. The rigorous formulation of competencies clearly indicates that the curricular requirements will not have been met simply when the syllabus in a particular subject has been “covered,” but only once the children and young people in our charge have become competent in a comprehensive sense. Being competent means having the necessary knowledge and being able to apply this knowledge in a particular situation. I realised from the beginning that “Lehrplan 21” is a large sheet whose corners are being pulled in all possible directions. It was foreseeable that lobbyists of all stripes would happily pounce on this joint achievement of the twenty-one German-speaking cantons. In what follows, I limit myself to a brief discussion of two sub-areas of “Lehrplan 21”, “Political Education and History,” and “ICT and Media.”

“History to be abolished”?

The following sections in “Lehrplan 21” discuss political education and history:

The History lobby criticised the curriculum project already in its initial stages. The criticism has prevailed until now. Three points in particular have caused discontent: first, the amalgamation of geography and history into a single subject area (“Spaces, Times, Societies”) in lower secondary schools; second, the designation of the amalgamated subject area—“Spaces, Times, Societies”—because it leads to the disappearance of “History”; and third, the fear that “Lehrplan 21” and its planning assumptions could cement in place the reduction of history lessons already introduced in certain cantons in the past. These points of criticism were also taken up by the media. One pervasive slogan in reports was that history was being abolished as a subject or that the end of history lessons had arrived! What tends to be overlooked, however, is that the draft curriculum attaches far greater importance to children learning about history at kindergarten and primary school (1st and 2nd cycles) than the current cantonal curricula. Thus, children can already learn to think historically at this age. “Lehrplan 21” as such reacts to the insights gained by history didactics in recent years. Overall, history learning has been significantly upgraded in “Nature, Humans, Society” during the first two cycles.

The use of information technology and the development of media competences are crucial nowadays. Hence, “ICT and Media” has its own place in the curriculum and is integrated into the individual subject syllabuses. In “Lehrplan 21”, the purpose of “ICT and Media” is to ensure that pupils can participate in the media society of today and tomorrow as self-determined, creative, and mature individuals, as well as behave in an appropriate and socially responsible way. In this area, however, various issues beyond the actual curriculum still need to be resolved, such as framework conditions, jurisdiction, and (basic and further) teacher training. From the autumn of 2013, a working group will set about clarifying these questions so that a review of the “ICT and Media” syllabus can be undertaken swiftly based on the findings of the consultation process. The remit of the subject group set up meanwhile is to establish which competencies should be feasibily integrated into other subject areas and which competencies should be allocated how much teaching time at which school levels. The group is also tasked with discussing the framework necessary for implementing the curriculum as regards the basic and further training of teachers, the adjustment of teaching materials, and the provision of technical infrastructure. The resulting concept must be suited to full-scale implementation across the entire school system. Hence, it must also be implementable with limited staff and financial resources!

I look forward to your reactions to and views on “Lehrplan 21”.

Copyright (c) 2013 by De Gruyter Oldenbourg and the author, all rights reserved. This work may be copied and redistributed for non-commercial, educational purposes, if permission is granted by the author and usage right holders. For permission please contact the editor-in-chief (see here). All articles are reliably referenced via a DOI, which includes all comments that are considered an integral part of the publication.