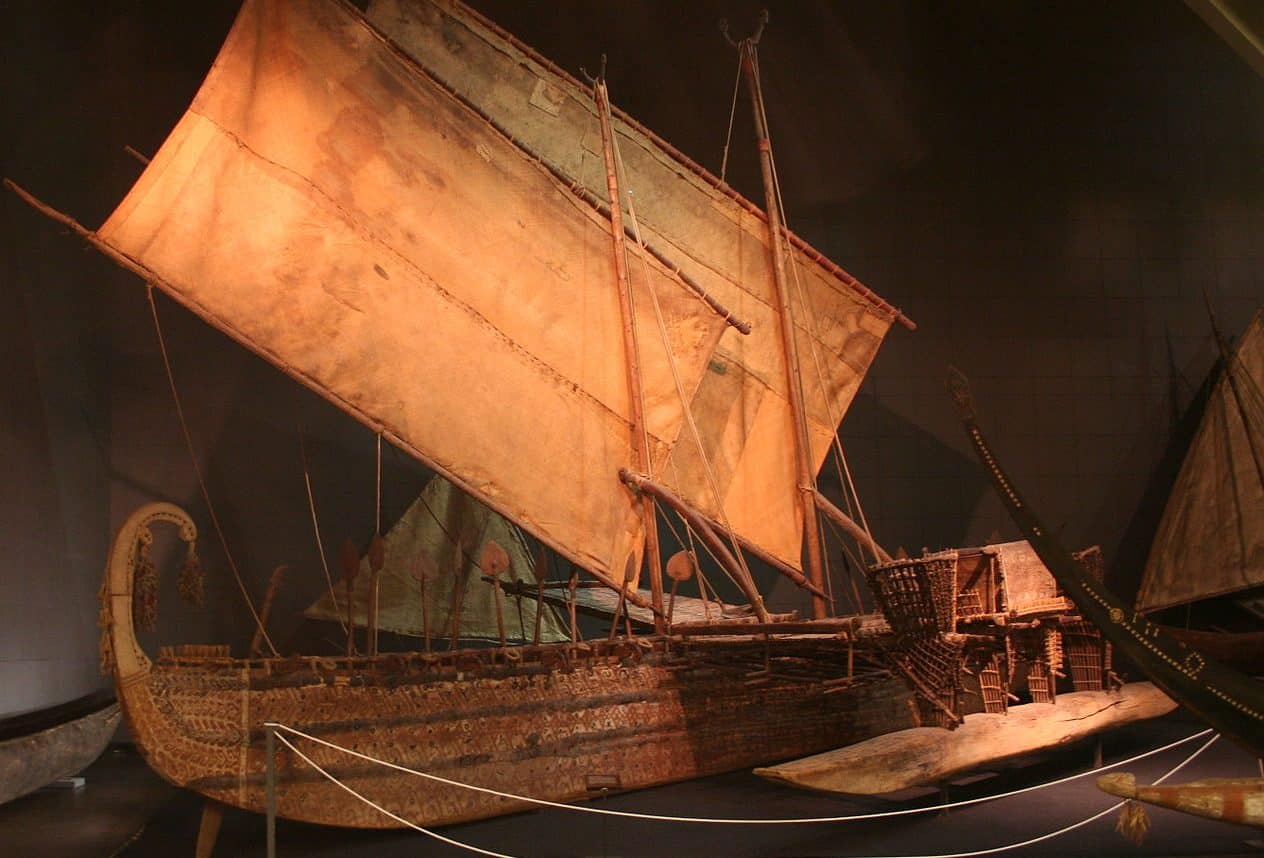 Abstract:
The editorial explains the attraction that colonies had for the European bourgeois world – through scientific interest, “scientific,” from today’s perspective pseudo-scientific racism, as well as the nostalgic longing for “paradise“ that seemed lost with “civilization” – and places the collecting of “ethnographica” in an historical context. Finally, the editorial frames the month’s contributions by proposing a “communicating multiperspectivity” for the interpretation of the colonial past.
DOI: dx.doi.org/10.1515/phw-2021-18988
Languages: English, German


In his novel “Cannibale” (1998), the novelist Didier Daeninckx recounts a historically verifiable incident: the crocodiles that were to be shown at the French colonial exhibition of 1931 had died, likely due to improper nutrition. The Frankfurt Zoological Garden therefore provided several crocodiles from its stock. In return, the French colonial exhibition sent a number of indigenous people from New Caledonia to Frankfurt. “Wild” people were thus exchanged for wild animals.[1]

The idea of exhibiting humans like animals had already been developed in 1877 by Albert Geoffroy Saint-Hilaire for the Parisian jardin zoologique. Due to its great success, Saint-Hilaire organized numerous human exhibitions in the following years. In 1883 for example, 900,000 visitors attended an exhibition presenting indigenous people from several continents – dancing, singing, and dressed (probably partially) in invented traditional clothing.[2]

The unknown aspect of the colonies excited the spectators, especially when only short-term contact was guaranteed and people could retreat back into their safe bourgeois world afterwards. This appeal was due to two reasons: on the one hand, it was down to scientific interest. Science, with its claim to rational explanations, wished to determine the position of man within nature. It began to observe and compare humans and animals and to categorize them by measurements. This laid the foundation for “scientific” racism, which we now recognise, of course, as pseudo-science.[3] This form of racism was defined not only by exclusion, but also by proselytizing under the pretext of “civilization”.

Thus, the historian Ernest Renan rejected the “equality of human individuals and the equality of races.” According to him, the “higher parts of humanity” should “dominate the lower parts.” However, as Renan emphasized, “human society” would be “a multistory building in which gentleness, goodness […] must prevail.”[4] This included the duty to take care of the “lower parts of society” and to “civilize” them.

On the other hand, such human exhibitions fulfilled the nostalgic need for the “beginning of humankind” as well as the “paradise” that seemed to have been lost with “civilization”.[5] As time progressed, the colonies and with them the “exotic” were being discovered. Paul Gauguin, for example, settled “in a world before the fall of man,” namely Tahiti and the Marquise Islands. There, he strove to live untouched by civilization and live with “people who were still one with nature” (whereby he probably used this desire in an attempt to legitimize his sexual abuse of under-aged girls). He believed that this existence would enable him to create an “art that is not artificial”.[6] Colonialism not only exploited the colonies economically, but made places of longing out of them. In this way, the bourgeois could at least temporarily gain access to a longed-for paradise. At the same time, however, they also assured themselves of being “civilized”.

Racism, and with it the idea of “civilizing” the colonies, but also the search for the “beginning of humankind”, explain why the colonialists stole and collected indigenous art. Critical reflection on these ethnographica, also known as “looted art”, is becoming urgent as former colonies demand restitution. Furthermore, the deconstruction of Eurocentric history as a result of New Cultural History and Global History has stimulated a critical evaluation of colonial art collections. Thus, the discovery of “third spaces” allows the victims of colonialism to become actors[7] and shows the cultural effects of colonialism on Europe – a transnational perspective therefore becomes possible.

This transnational view could change the discussion about “ethnographica” or “looted art” in the near future.[8] Communication between the descendants of both the colonizers and colonized would shed light on their different narratives and interpretations in the sense of “communicating multiperspectivity”. In this way, a nationalistic appropriation of indigenous art could then be avoided, and at the same time, the exhibition site would become partly secondary. Ultimately, the handling of this art would then be discussed: the possibility of integrating multiple narratives into ethnographic collections and making them accessible to all – which in a digital world may be considerably more feasible to achieve. Public history, which could contribute to this communication, also faces new challenges as a result.

The first contribution by Thomas Sandkühler is dedicated to the handling of “ethnographica” or so-called “looted art”. Demands for restitution, including the return of colonial art by former European colonies, have already been raised since decolonization, but in recent years they have once again become more prominent in the public consciousness. The reactions in many European countries show that a critical reappraisal of the colonial past has been neglected. Sandkühler argues – also in view of the national instrumentalization of “looted art” – for a transnationalization of memory.

The second contribution, by Viola König, deals with Mexican memory of two colonial events: the fall of the Aztec Empire (1521) and the end of the War of Independence (1821). It becomes clear that memory has a lot to do with forgetting and that historical events can be interpreted quite differently. In this context, another problem arises: the fact that many Mexican researchers were educated at North American and European universities. Thus, the sovereignty of interpretation over the past remains a much-discussed and conflictual topic.

The third contribution by Hermann Parzinger,deals with the decolonization of museums, in particular with the decolonization of collections. Using the example of more than 500 bronzes from Benin, which are part of the collection of the “Ethnologische Museum der Staatlichen Museen zu Berlin – Preußischer Kulturbesitz“, the difficult handling of the colonial heritage is discussed and transferred to the concept of “Shared Heritage”, the supranational and common responsibility for cultural assets. In this context, our contributor pleads for a change of consciousness in Germany, which is characterized as a migration society.

Finally, Dorgerloh Hartmut, describes- similarly to Hermann Parzinger – the tasks that a cultural institution like the Humboldt Forum in Berlin has to decolonize German and European history. Dorgerloh Hartmut does not reduce colonialism to economic exploitation, political domination and violent oppression, but analyzes – in the sense of Michel Foucault – the “order of things”. He counters the “one” colonialist history of “ethnografica” with many different, contradictory interpretations. Communication and cooperation between descendants of the colonized and colonializers must be encouraged. In addition, permanent learning processes of the visitors to museums have to be made possible.

This 16 meter long boat from the island of Luf (today’s Papua New Guinea), which is probably one of the most famous exhibits of the Ethnological Museum Berlin, once again sparks debates about Germany’s colonial past as well as the handling of “looted art” © 2012 Einsamer Schütze CC BY-SA-3.0 via Commons.