On the Decolonization of Public Memory 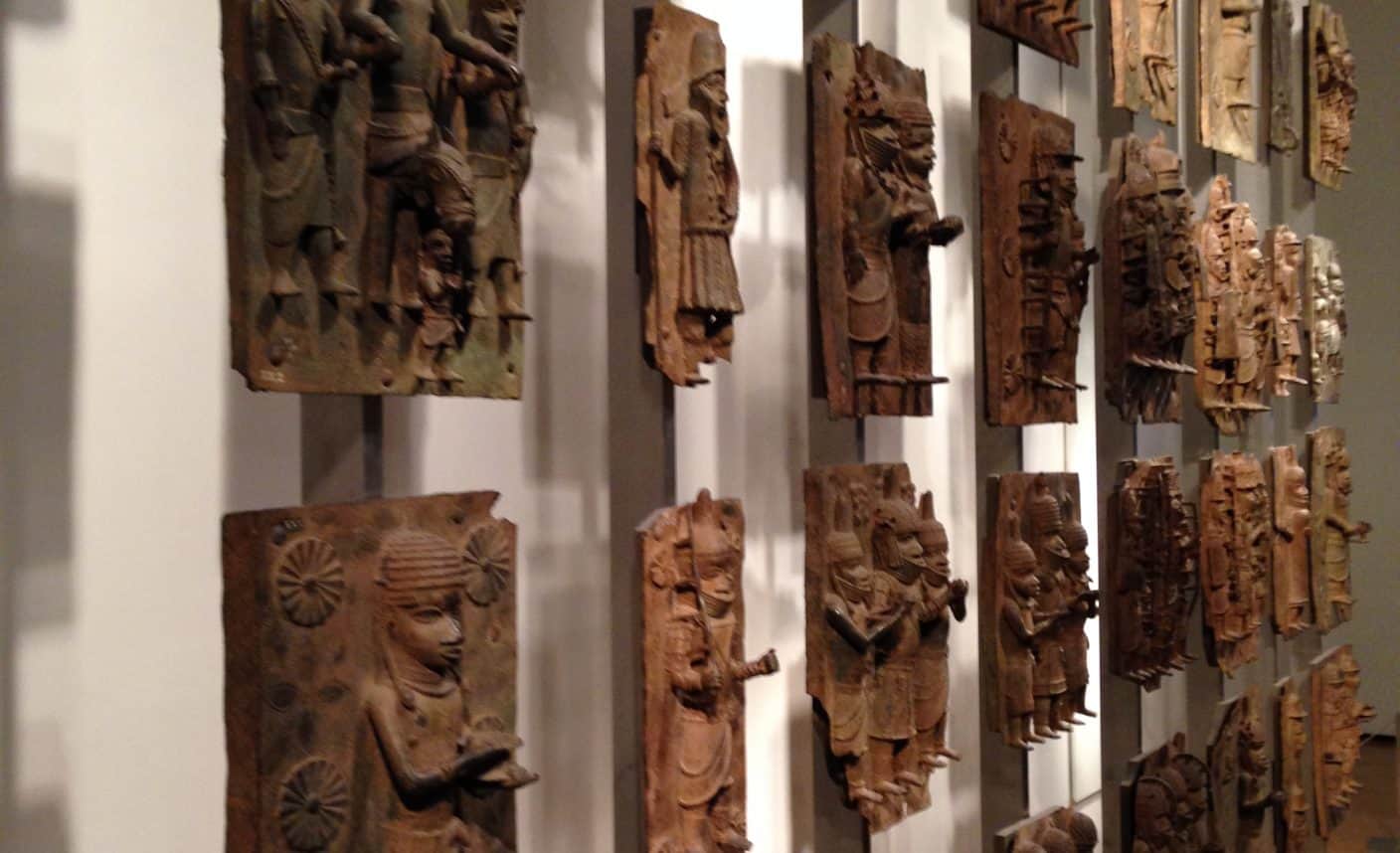 Abstract:
In light of the constant and controversy driven debates regarding the demands for reparations and Europe’s handling of its colonial past, the following question has arisen: Which contribution can and should Public History make to a decolonialization of history? In order to meet this challenge, Thomas Sandkühler calls for the transnationalization of historical-culture research.
DOI: dx.doi.org/10.1515/phw-2021-18965
Languages: English, German


In light of the constant and controversy driven debates regarding the demands for reparations and Europe’s handling of its colonial past, the following question has arisen: Which contribution can and should public history make to a decolonialization of history? Can the restitution of objects with colonial provenance be sufficient to ensure a responsible attitude to the colonial past?

The current debate about the recently opened Humboldt Forum in Berlin’s city center is the historical-cultural tip of an iceberg of demands for reparations from former European colonial territories that go back to the decolonization period in the middle of the last century.[1] The people of those states against which such claims are primarily directed—namely Britain, France, and Germany—meanwhile, have failed to integrate the memory of their colonial past into their respective national historical consciousnesses.

In some places, the impression could arise that it was only the French President’s Macron aggressive commitment to make amends for colonial injustices and the subsequent report by Felwine Sarr and Bénédicte Savoy that led to the topic of “restitution” being put on the political agenda. This could not be further from the truth.[2] On the contrary, the demands for restitution were largely ignored and did not find any lasting resonance in the public sphere. Deliberately turning a blind eye in this manner has been characterized as “colonial amnesia”.[3] Countering the assumption of an act of forgetfulness like this, however, is the fact that Europe’s colonial expansion and the exercise of colonial rule outside Europe are deeply engrained in the knowledge structures of this continent. In other words, Europe’s historical narratives have, nolens volens, kept alive the memory of colonialism. The call for a decolonization of European history is therefore a double-edged sword: what may appear from the standpoint of ethical rigorism as a long overdue expulsion of colonialist demons from historical signs and museums, can be interpreted historically and culturally as an unwillingness to accept the ambivalence of public historical consciousness and to accept memory even when it appears politically inopportune.

The term “restitution” is a legal concept whose history provides revealing clues to colonial-era roots of international law.[4] Colonized territories outside Europe were usually flatly denied their legal capacity under international law on the grounds that they lacked the capacity to remember. The Hegelian distinction between peoples with and without history was supposed to provide the justification for European colonial powers to impose their own legal system on overseas “acquisitions” and to ignore the property rights of indigenous peoples. According to international law at the time, the confiscation of art and cultural objects did not constitute an injustice. Transformed into exhibits in representative European museums, they provided the states of Europe with striking evidence of the blessings of civilization and reminded the respective elites of the infancy of human civilization, which Europe, as the center of the world at the time, had happily left behind.

In other words, colonization established the state of lacking historicity in the first place, which it had claimed for its own legitimacy and continuous self-authentication. If one looks at these origins of the current controversy, the demand for the “restitution” of art objects appropriated under colonial rule is unavoidable from a moral point of view and probably also from the point of view of international law, provided that the legality of the removal is not proven and the proper storage of the returned exhibits in museums and collections outside Europe is guaranteed.

Criticism of such far-reaching restitution projects emphasizes, on the one hand, that considerable residuals of the assumed lack of history would be at work if one were to adhere to the likewise deeply Eurocentric notion that the recipient states of restituted cultural objects were affected by European expansion and violence in the stage of innocence. Rather, oppression and violence were everyday phenomena in pre-colonial Africa.[5] The European colonizers were therefore often honestly convinced that they were bringing civilization and progress by manfully taking the “white man’s burden” upon themselves. The reparation of injustices suffered, it is argued, by no means benefited those who had historically suffered throughout, namely the subjects of pre-colonial and colonial statehood, but rather the present-day elites of the recipient states, who asserted their right by invoking largely traditional narratives of origin.

This reference to the divergence of traditional and genetic narratives cannot be dismissed as a mere reassertion of a topos of European self-assurance, namely that “restitution” merely strengthens African nationalism and contributes to the preservation of ethnocentric ideologies that the European continent left behind under the pressure of murderous experiences of violence on a mass scale. Rather, the criticism presented draws attention to the fact that there are universals of historical memory and historical narrative, which in turn lead to the fact that European and non-European narratives are intertwined and can only be played off against each other at the price of a significant loss of historical orientation.

The manic obsession with collecting that broke through on a broad European scale in the 19th century and the constitutive contribution made by handling non-European entities to the formation of what is called “historical consciousness” in the West is striking evidence of these intertwining relationships. At the same time, the nature of the historical forms of thinking non-Europeans have developed before and since their encounter with Europeans is less clear and has not yet been sufficiently researched. However, there is little to be said for the currently popular assumption that the respective “proper times” of non-European cultures are absorbed in their identity-defining function of giving meaning without referring beyond themselves to an absent other. The question regarding the directionality of historical development (“progress”, “regression”, etc.) is therefore also on the agenda beyond the topos of the “simultaneity of the non-simultaneous.[6]

“Everything back to the Beginning”?

One of the most astute pieces of criticism of European restitution promises was formulated by the postcolonial theorist Achille Mbembe: the promise of the French president Macron to return as many of those artifacts as possible to African states that arrived in the motherland of European human rights under French colonial rule follows a logic of traditional origins that would politically amount to sending not only works of art but also migrants back to where they came from.[7] Mbembe’s conclusion regarding museum policy was largely lost in the ensuing controversy over his position on Israel and Palestine: Instead of cleaning out the exhibitions and repositories of European museums, they should disclose the origins of their artifacts, clarify the relationships between the present and the absent, and initiate a dialogue between Europe and the rest of the world about their shared history since colonization.[8] Such a way of dealing with colonial “acquisitions” would, however, certainly require the consent of the rightful owners and, beyond that, have to entail very far-reaching travel relief for the nationals of the countries concerned, whose material memory can often only be found in Europe.

Research on historical culture, which has established itself under this and related designations in many European countries, has so far remained largely national historical research, although its transnational expansion has been called for repeatedly (and quite rightly so).[9] The debate on “restitution” is ideally suited to test this overcoming of national discourse boundaries. The current demand for a decolonization of memory is part of those history-related interpretive struggles that are constitutive of the public history segment. Public history becomes more reflexive, more thoughtful, more discursively connectable when it accepts the postcolonial challenge. Accepting it also means conducting the debate on the restitution of colonial-era art in all dimensions of historical culture and, normatively speaking, striving for a balance of political, aesthetic, and scientific arguments instead of trying to end interpretive struggles in one way or another by means of power politics.

The debate about history and memory is extraordinarily lively, at least in the Federal Republic of Germany. At the center of the current debate is the question of how to reconcile the memory of National Socialist mass crimes with that of colonial crimes without playing off the Holocaust and colonial violence against each other.[10] For obvious reasons, the discussion is being conducted primarily in Germany and, in a nod to the historical-political battles of recent history, is occasionally (and disparagingly) referred to as “Historikerstreit 2.0.” Here, as in the controversy over “restitution,” a paradoxical relationship emerges: the subject matter is by definition transnational because, notwithstanding German authorship in the case of the Holocaust, it affects a multitude of European states and, in the case of colonial crimes, large parts of the globe. However, the forms of memory that emerge in the supposed second-order dispute between historians are largely national, leaving the transnational dimension in the background. Future historio-cultural research should elaborate upon these national refractions of a global debate more incisively than today’s contemporaries can manage. This requires comparative perspectives and methods.

Decolonization as an Opportunity for Public History

The story that began with the confiscation of indigenous art by European powers is not yet finished. Indeed, it remains largely open because the lofty commitments of politicians to restitution for non-European claimants have scarcely been followed by action.[11] This can be lamented, but it can also be seen as a chance for historical-cultural research and public history to analyze and critically accompany a discourse that has so far been conducted largely about non-Europe, not with non-Europeans. The stories told in different parts of the world about gains and losses, about proper time and world time, about museums and representations, are polyphonic and contradictory. However, their plurality should not lead to the conclusion that there are only stories and no history. In the field of public history, decolonization means understanding the debate about decolonization as an expression of claims to validity and examining their cogency.

« The Role of History and Memory in Contemporary Chile
“Decolonizing Public History?” »