A Difficult Legacy with Major Opportunities 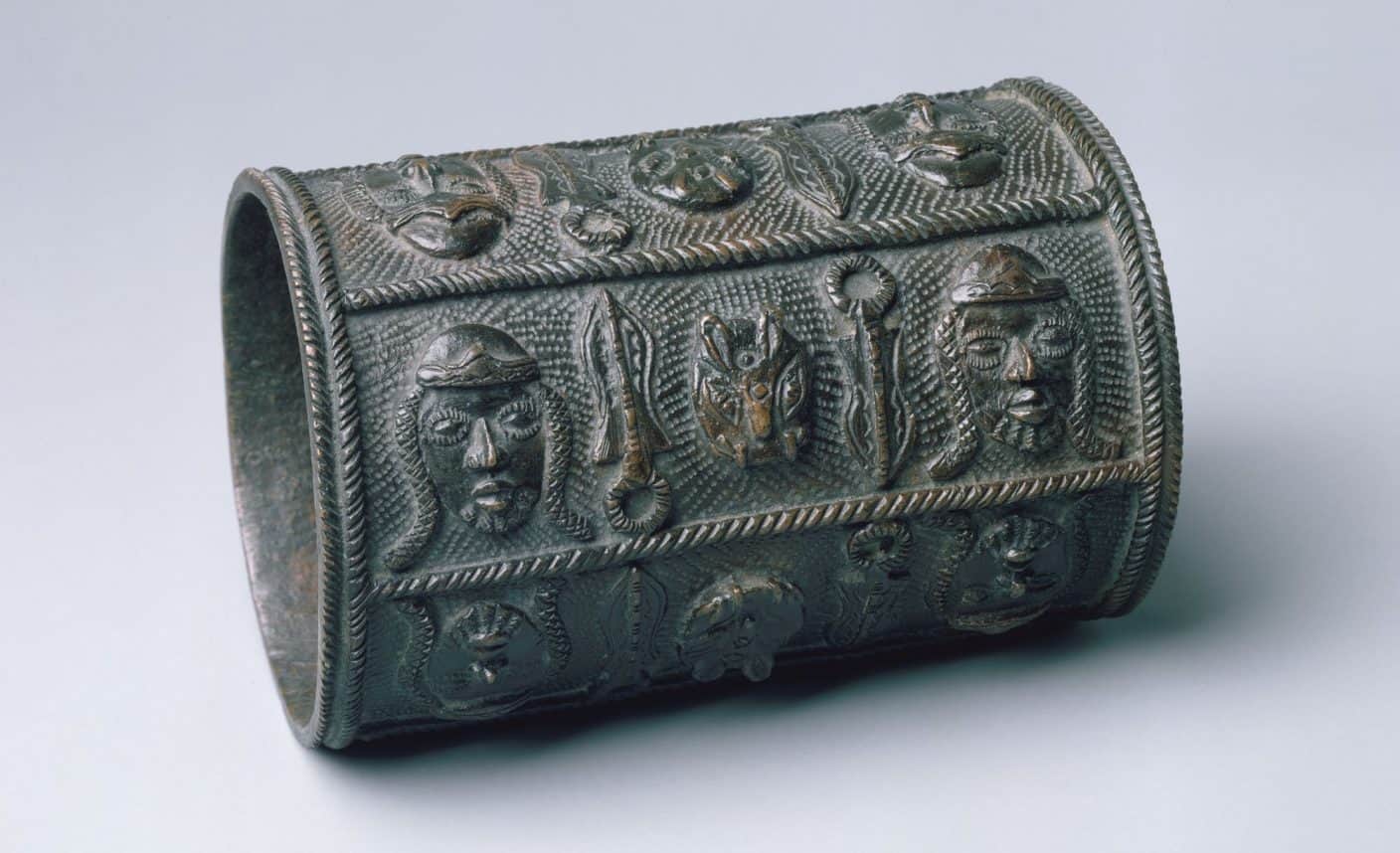 Abstract: The question of how to handle cultural property from colonial contexts has been hotly debated for several years now. Emblematic of this are the Benin Bronzes, which have given rise to what is probably the most prominent international discussion concerning looted art. In this process, the Humboldt Forum in Berlin is serving as a surface for projection and, to an equal extent, as a catalyst. It is imperative that colonial injustice be redressed; whilst that presupposes restitution, repatriation alone is not sufficient. We also need to forge a new kind of relationship, one defined by cooperation, co-production, exchange, and mutual participation.
DOI: dx.doi.org/10.1515/phw-2021-19020
Languages: English, German


During the last decade, the debate concerning the handling of cultural objects from colonial contexts has received new impetus. This has been accompanied by a change of consciousness within the German museum landscape, which in turn has resulted in an increasingly critical dispute concerning the origin of the exhibits. How can a confrontation with the legacy of museums with regards to colonialism take place, which does justice to the historical responsibility of former profiteers of colonialism?

New Momentum in the Repatriation Debate

The history of colonialism is a history of unequal balances of power, of repression, plundering, and racism. It was a form of rule that relied on controlling territories and their populations and which aimed to suppress societies politically and exploit them economically. The scientific exploration of the world, which emanated from Europe, and the systematic collection of important natural specimens and cultural objects that came with it, were part of this system and benefited from it, even if the motivation may have been purely scientific. Consequently, museums too must take steps to reassess the history of their institutions and collections, and decolonialize them.

The debate concerning the return of art looted during colonial times has gained new momentum due to both a speech given by French President Emmanuel Macron in Ouagadougou, Burkina Faso, in October 2017, in which he promised to return cultural property from Africa within the next five years, and the report he commissioned from Bénédicte Savoy and Felwine Sarr, which cast general suspicion on (and branded as stolen art) all of the artistic and cultural property from Africa located in France – and naturally in other European countries as well. However, this has not yet led to any fundamental change in policy in France. There is evidently no willingness at all in France to adopt the radical line of the Savoy-Sarr report, the only exception being a resolution adopted by the National Assembly to return several objects to the modern-day country of Benin (not to be confused with the historical Kingdom of Benin, which was located in what is now Nigeria).

Germany is a very different case: policymakers at federal and state levels have indicated Germany’s willingness to accept responsibility for colonial injustice and are following this up with action. The German state’s recognition of the genocide perpetrated on the Ovaherero and Nama peoples by German colonial forces in what was then German South West Africa, together with negotiations concerning restitution, are visible expressions of this change in attitude. The museums, for their part, are meeting the challenge of critically examining those of their collections with a colonial provenance and are willing to make restitution.

We do not want to close our eyes to the fact that the claims of former colonies regarding their cultural heritage have been ignored and rebuffed for decades, both in Germany and practically everywhere else in Europe. There is no doubt that we must take a critical look at ourselves from that angle as well because it is part of our institutional history. However, the suggestion that this unsympathetic stance persists today has little basis in fact. In recent years, there has been a fundamental change in attitude, in particular among German museums and their sponsors, and a number of objects have already been repatriated.

Breakthrough in the Case of the Benin Bronzes

For some time now, the Benin Bronzes have carried special symbolism in the context of art stolen during the colonial era. The Kingdom of Benin, which was located in what is now Nigeria, was an important regional power in West Africa for over five hundred years and had close trade relations with Europe. During the British colonial forces’ punitive expedition of 1897, Benin City was captured and the palace of the oba (king) was looted. Some of the objects were taken to London, where many of them were sold and later ended up in various museums of the Global North. These objects consisted of commemorative heads, relief plaques, and groups of figures made of bronze or, more often, brass, as well as magnificently carved ivory tusks. Once they reached Europe, experts and the general public alike were astounded by their outstanding artistic quality. The hitherto widespread perception of Africa as a continent without history or culture was no longer tenable.

At present, the Ethnologisches Museum (Ethnological Museum) of the Staatliche Museen zu Berlin (National Museums in Berlin) – themselves part of the Preussischer Kulturbesitz (Prussian Cultural Heritage Foundation) – holds more than five hundred objects from Benin, the largest and most significant collection outside of the British Museum. Other German museums also possess art from Benin. Germany recently agreed to return a substantial number of objects to Nigeria in 2022, where they will be shown in Edo Museum of West African Art (EMOWAA) in Benin City. At the same time, Nigeria has expressed its interest in continuing to display art from Benin in German museums. Given the close working relationship that the two sides enjoy, it should not be difficult to define the basic parameters.

This joint undertaking is a process that will create room for a variety of perspectives and voices. All of us, including our partner institutions in Africa, Asia, America, and Oceania, want to unlock the stories behind these objects, and we can only achieve this by working together. They too know that ethnological collections consist not only of art works and objects of religious or spiritual significance but also, to a great extent, of everyday objects or items produced specifically for the European collectors’ market. It is precisely for that reason that provenance research is so important. It investigates the conditions under which objects were acquired and tries to reconstruct how they came to be part of museum collections. History is rarely a simple case of black and white; it is mostly shades of gray. For this reason, there can be no place for the generalizations or over-simplifications that sometimes dominate public debate, and which seek to discredit efforts to take a more nuanced view.

The Concept of a Shared Heritage

Cultural goods possess a unifying property, which needs to be activated in order to take effect. This can be done in many different ways, depending on the type of cultural object and its contexts, both historical and political. The concept of shared heritage in the sense of involvement and joint responsibility is, in my view, fundamental. The idea that cultural heritage in museums – provided that it has been acquired legally – is merely held in trust and is actually the property of humanity as a whole, is both a natural and viable one in the long term. Although history cannot simply be reversed, we can and must face the challenge of recognizing past injustices and charting new ways forwards, together with the countries (and societies) of origin.

The key is to take the knowledge of world cultures that is inherent in these objects and make it accessible to everyone in its entirety. That is why it is so important to create a digital record of the objects themselves and of any available information associated with them. The Ethnologisches Museum in Berlin is currently engaged in an effort to fully digitize and document all of its files concerning acquisitions for the museum and is being assisted in this endeavor by the Deutsche Forschungsgemeinschaft (German Research Foundation). The project will set new standards of transparency.

Moreover, the majority of collections in Berlin’s Ethnologisches Museum does not emanate from former German colonies. Most of its holdings were either systematically acquired by an extensive, global network of buyers or were obtained during scientific expeditions. While it is true that these collections were assembled in a context of inequality under colonial power structures, they are also an expression of universal scholarship, the thirst for knowledge, and a deep interest in foreign cultures. Alexander von Humboldt once rightly observed, with regard to indigenous communities by the Orinoco, that we should study cultural developments even in the most remote corners of the earth, should we want to understand the world as a whole.

Repatriation is only the First Step

The process of coming to terms with our museums’ colonial legacy inevitably means repatriation, but that in itself is not enough. The dialogue between the museums and the countries and societies from which those objects were taken should lead to a long-term partnership based on mutual trust. After all, the collections themselves offer an almost inexhaustible potential for collaboration, joint productions, and exchange with the rest of the world. Up to now, the objects have largely been viewed and displayed from a Western, academic perspective; indigenous knowledge is still too rarely articulated as an independent viewpoint with equal legitimacy. But if we wish to do justice to the importance of the collections in a truly comprehensive sense, we also have to be prepared to relinquish our authority to dictate interpretations. Only then can we transform these artifacts into catalysts for innovative, concentrated, and sustained communication with the cultures and countries from which they originate. In my view, there is no alternative to this approach. We must refrain from hiding the problematic parts of our collections, and instead deal with them openly and facilitate substantial returns wherever they are advisable and desired.

Our Common Future is at Stake

Colonialism is a difficult legacy, and not only for our museums. Society as a whole bears a historical responsibility that must be confronted. For too long, the subject has been ignored and suppressed, overshadowed by the crimes committed in Germany’s name during the 20th century. A country like Germany, which is shaped by immigration, needs a change of awareness. This should not be confined to museums. Conversely, a place such as the Humboldt Forum should not be reduced to the parameter of colonialism. Its success is not to be measured by the number of items it has repatriated, but by the extent to which it can foster new relationships.

« The Decolonization of the “Conquest” in Mexico
De-colonizing Public History – at the Humboldt Forum? »