The Educational Legacies of the History Wars 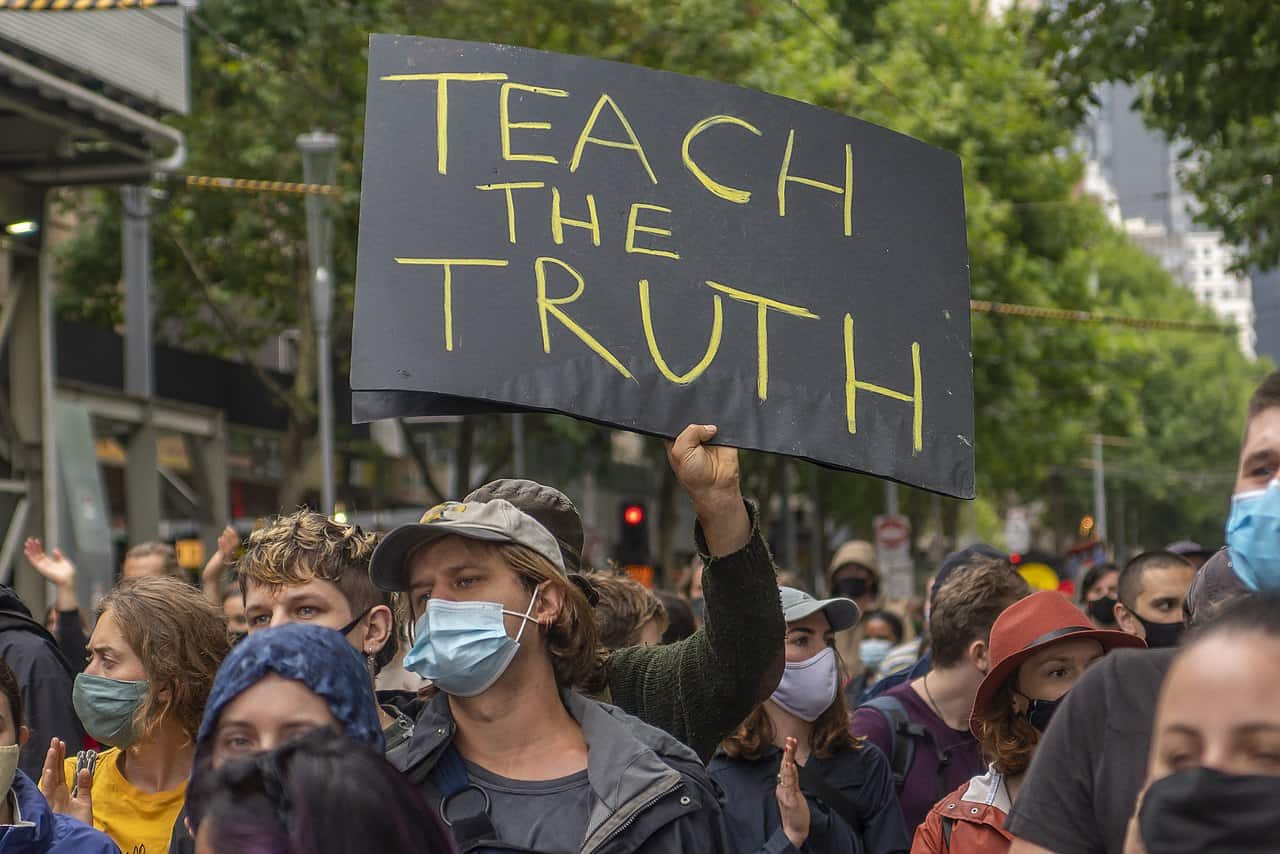 Abstract:
History is frequently studied and taught in national categories, contributing to the development of national identity, and often utilised as a political instrument of nation-building. In Australia, the struggle over the national story resulted in the formation of a national curriculum, in an attempt to ‘guarantee’ that Australian young people would develop a shared historical consciousness of the nation. What is taught in classrooms about the nation’s past, however, has largely remained a black box. In this article we explore the narratives of the nation mobilised by pre-service History teachers who were studying history in school at the peak of the history wars, showing the influence of the same on their historical consciousness; underscoring the importance of directly engaging public history in the classroom.
DOI: dx.doi.org/10.1515/phw-2021-18714
Languages: English

Since the 1988 bicentennial[1] of the nation, Australia has become acutely aware of rival narratives of the nation. Many graduates of today’s History teacher education programmes carry the legacies of the history wars in their historical consciousness. In exploring the narratives they mobilise about Australia’s past, the need for direct engagement with public history becomes obvious as a classroom imperative.

Struggles over the National Story

History is frequently studied and taught in national categories; and given its perceived role in nation-building, History as a school subject is regularly an area of public debate, government disquiet, and a site of struggle over collective memory and cultural literacy.[2] Rival narratives of the past from Indigenous, ethnic and national minorities, and sometimes regional neighbours, have interrupted the incontestability of received national narratives, resulting in very public skirmishes over what history is being taught in schools. Australia has experienced more than two decades of public and political struggle over its national narrative[3], the latest conflict arising around the book Dark Emu[4] as a result of the publication of Farmers or Hunter-gatherers? The Dark Emu Debate.[5] In Australia, the struggle over the national story resulted in the formation of the Australian curriculum, as a sort of ‘guarantee’ that Australian young people would develop a shared historical consciousness of the nation. However, History classrooms and the historical narratives shared within them, as an important site of public history, have largely remained a black box in the decade since the national curriculum was first implemented. This certainly led us to wonder if the national narratives mobilised by pre-service History teachers shed light on the future, and the past.

Peering into the Black Box

From Gondwanaland to Federation

Most participants started with reference to the Indigenous (Aboriginal and Torres Strait Islander) past, though a few were clearly ‘Big historians’[8] and began their narrative far back into geological time when Gondwanaland was still part of the mega-continent Pangea. An even smaller number started with Federation and the official formation of the Australian nation. In this regard, we really left up to the participants to determine where they saw the boundaries of the “imagined community” of the nation.[9] Once the narrative scripts were collected, they were analysed by the research team, seeking to identify the topics and tropes the participants mobilised in the telling of their nation’s history. The particular cohort who formed the participants for this study hold a particular significance as a research sample, in-so-far as they had all studied History as a school subject during the height of the ‘history wars’[10] and we were interested in whether this had impacted the narratives they would share.

88 of the 97 participants in our study engaged with Aboriginal history in the stories they told, with 72 specifically addressing British colonisation.[11] 71 referenced World War I (WWI; a topic of great significance in the curriculum, in national debates over what should be taught in schools, and in public discourses about what is worth celebrating or commemorating as a nation),[12] but only 29 mentioned the European exploration of the continent, a topic that was once central to the curriculum. When Aboriginal history was discussed, the overwhelming majority of the participants concentrated on events from the colonial period described as invasion, dispossession, segregation and assimilation (n=58); while a significant number gave additional attention to what have become known as ‘the stolen generations’ (n=44). It certainly would seem to be a victory for the curriculum authors of the early 1990s that so many students engaged with Australia’s firs nations history in this way; an indication that Aboriginal and Torres Strait Islander history, so often forgotten,[13] had finally found its place in the national consciousness. However, what we found in the narratives told a different story than what this might suggest.

Some of their responses may be instructive in this regard (italics are our emphasis):

What is clear from a close reading of the above excerpts from our participants’ narratives, is that Aboriginal agency and resistance is almost entirely absent from the stories being told (#74 being the exception). There is sympathy towards Australia’s first nations inhabitants, and even a certain sense of outrage at how they were treated in the colonial past. However, strikingly absent from the 97 narratives was any mention of an Aboriginal resistance leader by name, except a singular mention of Pemulwuy (1750-1802), a member of the Bidjigal clan of the Eora people who were the original inhabitants of the areas we know as Toongabbie and Parramatta (retaining right into the present, names of Aboriginal origin). From 1790 until his assassination in 1802, Pemulwuy, then living in the area of Botany Bay, mounted a guerrilla campaign against the colonists. Other resistance leaders, such as Windradyne of the Wiradjuri (who occupied the Central West region of New South Wales, beyond the Blue Mountains), and Tarenorerer of the Tommeginne people (in Tasmania), are nowhere to be found in our participants’ narratives.

The tone of the narratives is marked by a negativity towards the Europeans who had colonised the country, but concerningly first nations people are constructed almost universally as victims of European imperialism and oppression, with little room for agency. The result are stories that rehearse a view that has dominated the Australian national consciousness, in which Aboriginal people have consistently been depicted as a ‘dying race’ (fuelled here by the lack of resistance), which likewise continues to feed into the “great Australian silence” that had erased the violent conflicts of the colonial period from public memory.[14]

We would undoubtedly expect to see differences if the data was collected again today, as historical consciousness is always historically located. Members of our sample had their historical consciousness forged in the crucible of the history wars. The perspective that dominates is what Geoffrey Blainey dubbed the ‘black armband’ perspective, a mournful view that projects a one-sided picture of the colonial past, in which Europeans were the oppressors and Aboriginal people were victims without agency. Undoubtedly this is the narrative that many of our participants would carry into the classroom, and while we might applaud the attention to past wrongs, a strong sense of the strength and pride of Aboriginal people would still be missing.

This study offered us an important lesson. It demonstrated that our pre-service History teachers are successful consumers of public history in general, and the dominant discourses of Australia’s past in particular; and that given the opportunity, it is these dominant discourses that they readily mobilise. This underscores the importance of engaging public history directly in the classroom, and in the seminar, if we seek to engage with the past beyond the popular sentiments of our time.

« Aboriginal Land: A Framework for Narrating the Past
History, Memory, and Violent Pasts in Latin America »