By Bunnenberg, Christian, Gautschi, Peter and Tobler, Lukas on March 25, 2021 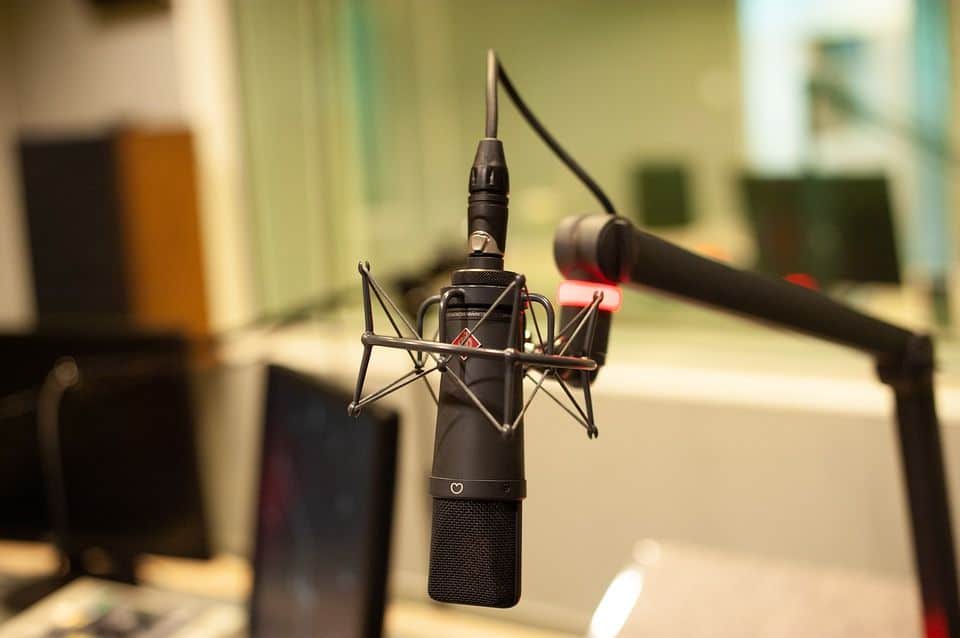 Abstract: An interview with Dirk Vaihinger, member of the Executive Board and Chief Editor of Lehrmittelverlag Zürich. The interview for Public History Weekly was conducted by Peter Gautschi, Christian Bunnenberg and Lukas Tobler.
DOI: dx.doi.org/10.1515/phw-2021-17610.
Languages: English, German


School history textbooks are discussed by authors, teachers, educational policy makers, history didacticians, historians, public historians, and sometimes also students. Publishers’ employees rarely get a chance to speak. In the following interview, Dirk Vaihinger of Lehrmittelverlag Zürich comments on publishing structures, on digital transformation, on processes of creating teaching materials, on the special role of school history textbooks, and, of course, on the future of the medium. Vaihinger emphasizes that, in the end, a teaching tool is just a teaching tool. The teaching, the teacher who deals with it, remains decisive for the future. 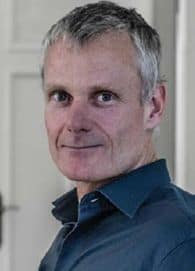 Public History Weekly: Dear Mr. Vaihinger, how does the Swiss teaching materials market structurally differ from those of other countries?

Dirk Vaihinger: In the neighboring countries the structures function similarly to those in Switzerland. There are, however, striking differences with some Eastern European countries. Colleagues there report how the relevant ministries directly intervene in content or pricing policies and curricula, and the dependencies are more massive and changing. Overall, the conditions there are much more difficult, and we also make ourselves aware of that again and again: We are operating on a comparatively very positively supported basis.

The teaching materials market in Switzerland is regulated by the state. What are the advantages and disadvantages of this system?

There are framework conditions for all publishers producing teaching materials such as curricula, the say of the school field, demands on the level of education, data protection requirements, parents’ expectations etc., as well as, above all, quality and professionalism demands. Such regulations apply sometimes to a greater, sometimes to a lesser extent to all competitors.

Who are your customers? Are students also among them?

It’s a bit like with other children’s books: The buyer is usually not the consumer. However, with teaching materials it is a mixed form, because here the teacher is also a consumer – he or she must work with the material, use it, provide it, prepare it. In any case, the customer are the teachers, and they are indeed king with us, even if the municipality or school administration or even an entire canton is the buyer. Fortunately for the consumer, that is the child, the buyer thinks in his sense – thus not exclusively with the question: How easy will this make my teaching? – but also: How do the application competences get into the heads of my students? We generally do not conduct student surveys until secondary school level, rarely with younger candidates. Our experience has simply been that the judgments and opinions in question – in terms of fit, motivation and comprehensibility – are of limited value only.

How do you see the future of Open Educational Resources? Will this change educational publishers?

I think that’s to be feared. I say “fear”, not because this automatically makes the offerings worse, but because the filtering function, the control of curriculum fit, quality assurance, data protection, educational harmonization, the critical screening of sources, the defense against advertising and attempted influence become the essential task of teaching material work. Personally, I would find that a rather boring business. The fact is that all “open content” has to be paid for by someone. Controlling influence and safeguarding interests one then gladly leaves to the state. But just delegating doesn’t get the job done.

The digital transformation poses major challenges for society as a whole. Where do you see the central fields of action for educational publishers, and in which areas are disruptive consequences for the textbook to be expected?

The term “disruptive” has already been used in connection with digitalization for some time. I happened to do research on language use and pathos formulas in the context of the digitalization of culture already thirty years ago. Evergreens also include “digital revolution,” “driving digitalization forward,” or the accusation that one has “missed the boat”. What has been going on for a generation is not a revolution. But clearly, the change is fundamental. What we are striving for is a state in which a change of media is no longer even really noticed: Depending on the topic, task, competence, form of appropriation, the media form in the teaching material is also chosen. This can be an Escape Room Game just like looking for larvae outside at the pond. And in the end, everything should interlock harmoniously. Of course, this is an ideal state. But we are getting closer … We want to integrate expensively developed technology then and there, where it has become generally usable and affordable. This can take a while depending on the application – think of virtual reality. However, we are always significantly more advanced in development than what is currently being used in schools, simply because the time spans are relatively long.

”Discontinued model” is somehow similar to “missed the boat.” Already 25 years ago there were these podiums, where experts from Amazon and from the technical faculties proclaimed the imminent “end of the book”. These people have meanwhile all retired and the book trade is flourishing. In brief: The didactic benefit decides, and this prophetic gesture is simply not credible that there would soon be no more didactically meaningful use for the printed, the haptic, for the hands.

We, in fact, reacted very quickly and made all our digital products freely available for research and school. We have issued these “special licenses” well over 140,000 times in German-speaking Switzerland within just a few months! It is interesting to note that this free gift did not result in any slump in the teaching materials business. This means that the demand was indeed enormously high. But things have accelerated on other ends as well. For example, we have built distance learning courses in the short term, for informational and introductory sessions and as a consulting format. We now maintain this as standard with YouTube videos, chat forums and all kinds of mixed forms. A lot of that will stick, because you save time and travel. Here, too: hybrid is the key. But overall, everything is becoming more digital, including distribution channels and, of course, internal company processes are changing, as in any manufacturing industry.

On what occasions do new teaching materials emerge?

Actually, it always emerges from the needs of the school field. We have evaluations by the teachers’ associations, some of which are fixed on a rotational basis, but there are also other evaluation bodies, teaching materials commissions, changes to the curriculum, new combinations of subjects etc. We respond to these needs, clarify together with the school field and research what is needed, and then begin to probe, plan, calculate.

What quality assurance options do you use at the publishing house during the development of the teaching materials and during their use in everyday school life?

Quality assurance is guaranteed with us by educational policy requirements, primarily through the participation of practice and research. The author teams usually come from these areas. In addition, there are practice and subject support groups, trial classes, and from the very beginning the associations, commissions, elementary school offices and other interest groups (for example, on special support or transfer issues, vocational training or higher education) are involved. That’s the content side of it. However, I would like to emphasize that our quality also lies in the production: very good illustration, clean rights clearance, printing and material, editing etc. The fact also that we link as little as possible externally and produce as much as possible ourselves in terms of media is also a quality assurance measure. Quality is our competitive advantage, and we place a correspondingly high value on it.

School history textbooks are increasingly criticized for presenting the history of the majority society from a mostly political and event-historical perspective with their contents. Do you also face this criticism?

After all, as publishing house, we are responsible for the content of the teaching materials, and that’s a good thing for a number of reasons. And we also provide a whole set of guidelines to ensure that our teaching materials are politically neutral, anti-discriminatory, respectful of diversity, and emphasize sustainability, among other things. Much of this is in the curriculum, but for others we have our own checklists and catalogs of specifications. But I still have great respect for the task of calmly and reasonably presenting and dealing with certain topics in class. History teaching materials in particular are under suspicious scrutiny. Subject-specific didactics and history must, in fact, inevitably represent certain positions with regard to selection, scope, perspectives, and focal points. Not easy, it seems to me. After all, the authors should not just anxiously develop their ideas.

School and teaching materials should be present-oriented and related to the life world. At the same time, printed school history textbooks cannot provide any topicality at all. Are there any strategies for dealing with this challenge from the perspective of the teaching materials publisher?

Our program includes instructionally guided teaching tools, and as regards competence building, specific steps are needed to ensure progression, consolidation, repetition, and so on. These custom-fit elements can often not easily be replaced by current topics. On this point, the teacher is still asked to fill the gaps – which we leave open extra for this purpose.

What fears and what wishes do you have for the teaching materials of the future?

The demands of practice on teaching materials have grown continuously. Not least because the demands of society on the practice are also becoming ever greater – cost pressure, parental expectations, ensuring integration and connections, Pisa comparison, large gap in individualization, mapping social diversity. All this makes the production of teaching materials complex, but also exciting. Ideally, we would like to offer everything. In the end, however, a teaching tool is just a teaching tool. The teaching, the teacher who deals with it, will remain decisive for the future.

Dear Mr Vaihinger, thank you for the interview.

Microphone in a recording studio © Andrzej Rembowski via Pixabay.

« Whose History Do We Tell in Public?
History Textbooks as a Battlefield »