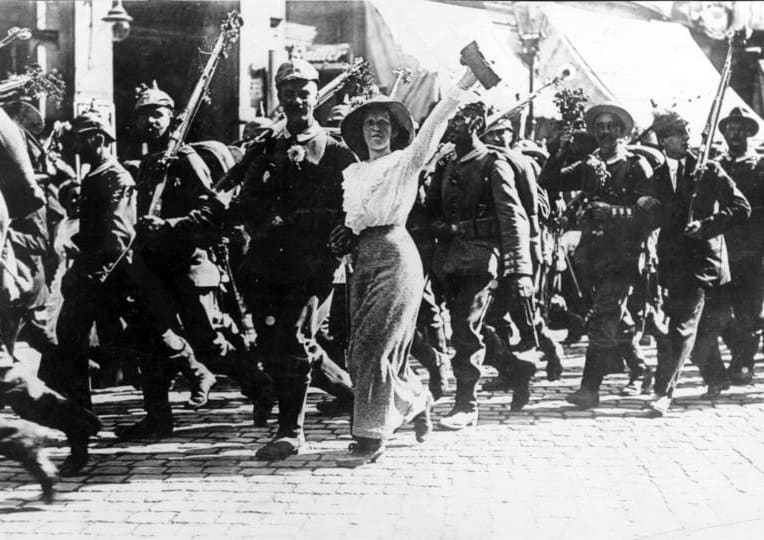 Abstract: The rise of right-wing populists and the brutalization of public space that they pursued recalls memories of the time that preceded this year’s commemorative years 1918 and 1938. Against this background the reading of Stefan Zweig’s autobiographical time study “World of Yesterday” draws both surprising and disturbing analogies to the present.
DOI: dx.doi.org/10.1515/phw-2018-12621.
Languages: English, Deutsch


The rise of right-wing populists and the brutalization of public space that they pursued recalls memories of the time that preceded this year’s commemorative years 1918 and 1938. Against this background the reading of Stefan Zweig’s autobiographical time study “World of Yesterday” draws both surprising and disturbing analogies to the present.

Amongst all the questions which are likely to lead to insomnia, the question resides whether history repeats itself. Especially, in regard of the time leading up to the commemorative years 1918 and 1938 and the highly topical reading of Stefan Zweig’s autobiography, this specific question obtains a peculiar up-to-dateness.

Zweig, who translated the psychoanalytic findings of Freud – whose close friend he was until his death in London – into the literary like no one else, observed his own time with a subtle grasp. For Zweig observing time means looking, listening and sensing closely.

The young author is inspired by the feeling of the colorfulness of Europe which he experienced on his journeys during the first decade of the 20th century: He encounters the “kaleidoscopic play of variegated colours” and the love for life of the people in the countryside in Italy and Hungary as well as in “the city of eternal youth”, as he calls Paris before the First World War. Zweig observes that youthfulness spreads across the whole continent in the shape of both sports and exercise and the overcoming of sexual self-restraint.

Zweig deemed the tearing down of the wooden partitions that used to divide the gents’ and ladies’ pools from each other as a fall of walls that contained liberating dimensions in ways we can barely imagine today. In these years people conquered an enormous gain in freedom, informality and impartiality as almost never before. You could also see the outcome of this cultural revolution in the fact that hair and sartorial fashions became more relaxed, and the sexes consorted with each other more freely: You could see young girls enjoying excursions with young men unsupervised, escaping the “anxious authority of their parents”, and both young men and women started “taking control of their own lives.”

Thus, the terms for the constitution of a modern Europe had never been as fortunate. This mental freedom leads to a completely new awareness of life, “a European sense of community” which began to embrace the whole continent. The “development of a European identity” which was the first identity that excluded no one because it was, after all, a “time of confidence in the world”. This dawn of a new era in which peace for everyone had been made possible through the liberation of the individual seems so incredible to us today because it was of a very short duration. Soon after that the awareness of different national identities which had led to the outbreak of the First World War was swept away. It has been narrated with disapproval countless of times: the way it happened, and with what kind of irresponsible euphoria the same young people who had been liberated just this minute went to war, this fatal circumstance that “every single individual felt his own ego enhanced”, as Zweig put it.

The formidable thing about Zweig’s re-reading is his observation of the fact that friends decreasingly criticized the war. The reason for it was the fact that the omnipresent enthusiasm for destruction and the all-round belief in propaganda assumed alarming proportions up to the point where admonishers for rational thinking had been marginalized and asked themselves whether they themselves as opposed to the others were delusional.

Dawn of the Second Breach

The same uncertainty and reversal could be observed in the run-up to the other commemorative year, 1938. With the sole difference that the first rapture in civilization made society unsusceptible for the second breach. Thus, Zweig witnesses a deployment of Blackshirts in Venice, an incident which an old Italian bystander commented succinctly in front of the appalled Zweig, “we get days like this quite often.” After he witnessed the deployment of the goon squad in Munich, Zweig, in retrospect, comes to the conclusion “that there were dangerous undercurrents beneath the apparently calm surface of Europe”, and states self-critically that the intellectuals, he himself included, “still did not notice the danger.”

And at the latest we find ourselves right back in the present with that conclusion as well as with Zweig’s description of the “unscrupulous methods of deception” which the enemies of democracy applied, “One dose at a time, with a short pause after administering it. One pill at a time, then a moment of waiting to see if it had been too strong, if the conscious of the world could swallow that particular pill.”

This specific tactical approach, “gradually sounding out and then putting more and more pressure on”, made way for the book-burning and the subsequent ban for authors. Almost no clear-thinking person would oppose all of this, Zweig analyzed, because people took comfort in the fact that this phantom would soon be over again just like they did on the onset of the First World War. Psychoanalytically speaking: “Here we had the same delusion, arising from the same propensity for self-deception.”

It is difficult not to observe similar deceptions today: Thus, 2018 an employee of the Federal Office for the Protection of the Constitution in Germany acted as an agent provocateur at a demonstration to the effect that the police prevented journalists from doing their work, or: The police allowed the right-winged mob at the rally in Chemnitz full bent and the President of the Federal Office for the Protection of the Constitution saw no problem at all, because in his opinion the event had not taken place at all, or: An employee of the judicial authority leaked an arrest warrant to right-winged populists so that they could publish it online. And all these derailments are perceived silently from the, as they self-reassuringly say, “silent majority.” And a prime minister feels cornered to an extent that he refuses any criticism of the authorities, and issues his police, which feel helpless at best, or act ignorantly to an almost criminal liable extent vis-à-vis obvious statutory, a charter of having done a “good job”.

But not only the “silent majority” keeps quiet, but also the so-called “critical public”. No wonder, if kept in mind that the critical position had been singled out as troublemaker and shamed into the corner by the media who had been a slave to entertainment since quite a while. Among the subtle shifts resides, in that context, the inflationary use of both the terms “moralist” and “conspiracy theorist”. Those who criticized defamations of people, defamations which had been weighed as crossing frontiers not so long ago, as not tolerable had to face the accusation of being “moralists”, or those who had asked about correlations counted as “conspiracy theorists”, and with that forfeited any right to inquire furthermore.

Already on an analytical level such rulings are difficult to grasp, for what the alleged moralist does is nothing more than appealing to morals – whose eligibility is up for discussion, of course. And in terms of the thought-terminating cliché “conspiracy theorist”, the concept acts as if “conspiracy” stands synonymously for a bubble which only contains hot air, although history is full of conspiracies. Those who talk morally, those who express their concerns about conspiracies are, admittedly, able to mislead others. But perhaps they only want to alarm others. Meanwhile, it seems, Zweig’s nihilistic question shines through once more, “why unsettle people who don’t want to be disturbed?”

Let’s go back to the initial question: Does history repeat itself? Of course not: Even if events repeat themselves, history is always made anew. Thus, history is not only a sequence of events but the reception of the sequence. But, because we are not those who experienced 1918 or 1938 history does not repeat itself. History does not repeat itself even if we are less ignorant than the people 100 years ago. Ignorance and stupidity come always into existence anew. But even that is not a case of history repeating itself. Thus, it does not get any better.

« International Politics, Return to National Memory in Turkey
Historians and Politics. Quarrel Over a Current Resolution »