Māori History and a Sense of Place 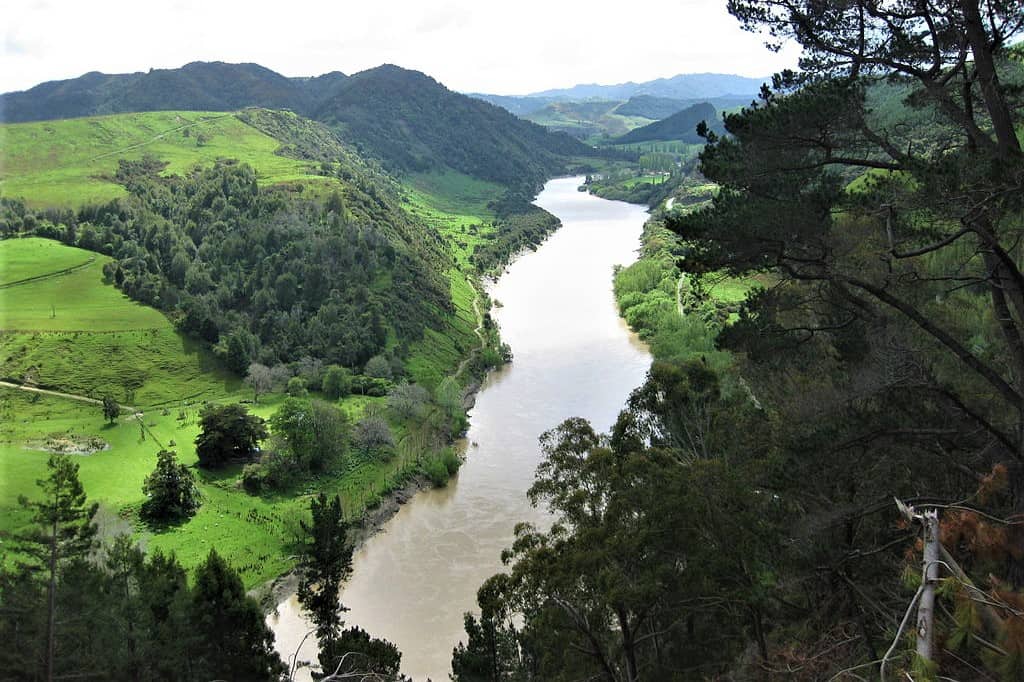 Abstract: In September 2017, the New Zealand Ministry of Education launched the Māori History website.[1] It was 3-years in the making. While generated by a government department, the website is largely the work of a number of innovative classroom teachers, historians, Māori tribal experts and community leaders who have collectively produced a series of digital resources to support for teachers in developing history programmes that incorporate authentic indigenous perspectives on New Zealand’s past. An especially timely initiative given what appears to be an emerging intolerance of Māori language and culture being an integral feature of New Zealand society.
DOI: dx.doi.org/10.1515/phw-2018-10849.
Languages: English, Deutsch


In September 2017, the New Zealand Ministry of Education launched the Māori History website.[1] It was 3-years in the making. While generated by a government department, the website is largely the work of a number of innovative classroom teachers, historians, Māori tribal experts and community leaders who have collectively produced a series of digital resources to support for teachers in developing history programmes that incorporate authentic indigenous perspectives on New Zealand’s past. An especially timely initiative given what appears to be an emerging intolerance of Māori language and culture being an integral feature of New Zealand society.

History teachers in New Zealand typically view the past through the lens of a western conceptual-framework and integrating indigenous Māori perspectives into school history programmes poses a major challenge. The recently launched Māori History website[2] however has the potential to see Māori views successfully accommodated in history programmes. It also provides an example of how a bold curriculum initiative that is characterised by culturally respectful conversations between innovative teachers, researchers, historians, activists and leading Māori experts (at both national and tribal level) has the potential to place indigenous ways of understanding of the past at the centre of history programmes.

Since the late 1980s, New Zealand has operated as a bicultural society that has been increasingly committed to the process of reconciling the relationship between Māori and non-indigenous New Zealanders. On a range of levels, organisations such as the Waitangi Tribunal have worked to address historical grievances from the colonial era. There is a growing acceptance that Māori language and cultural values are a central feature of 21st century New Zealand society and that government initiatives should reflect this. For example in May 2017, one of New Zealand’s longest rivers (the Whanganui) was given the legal status of a person.[3]

This was in recognition of the local Māori tribe’s view of the river as being a spiritual ancestor and their commitment to operate as guardians of the Whanganui (as they have done for centuries) and to promote and protect its health and wellbeing. While the decision reflects indigenous concepts of connection to land, water and place, it does not reflect how the New Zealand legal framework has operated for over 150 years. Rather it indicates a shift in orientation in how Māori and non-indigenous New Zealanders are increasingly renegotiating the relationship with each other and working towards genuine, respectful reconciliation.

An Indigenous Māori View of the Past

This willingness to listen and consider indigenous perspectives of the past is evident in how local educators, historians and Māori experts have integrated local tribal views into teaching and learning history. It provides an exemplar as to how a predominantly non-indigenous history teaching community can incorporate an indigenous perspective into their teaching programmes. This is evident in the conversations over the last 5 years between local teachers, tribal experts and historians from the Whanganui who have worked to incorporate a Māori perspective of the past into teaching programmes.[4]

While the practical dimension of what Māori history actually means for teachers in the classroom is not readily apparent from the website (reflecting the diversity of Māori views of the past), what is clear in the conversations around what the past might mean to indigenous peoples, is the strong connection to place. A sense that what has happened on this part of the world (and will happen in the future) matters to those who are here and have been here in the past. That there are different priorities in the historical knowledge young people should learn and that local, tribal and family histories matter. That this is essential knowledge for young people in making sense of their world. A perspective is reflected in the Māori proverb Ka mura, Ka muri. The notion that we are walking through life backwards. That we look to the past to inform the future and that the past and the present are a single entity.

While all major political parties acknowledge the Treaty and as the example above indicates, Māori language and culture values are, increasingly becoming an integral feature of society, there appears to be an emerging intolerance of such initiatives that is especially apparent among a vocal, well-connected and uncompromising minority. Their views are characterised by an unsympathetic perspective of the Māori experience of colonisation, a reluctance to address historical grievances and an intolerance of Māori language and cultural values being accommodated in the wider New Zealand community. For example in a recent article in a major newspaper, the Otago Daily Times, commentator Dave Witherow described Māori Language Week (a weeklong celebration of Te reo – the Māori language) as a ‘seven-day fiesta of cringing servility.[5] Prominent building magnate Sir William Gallagher condemned the idea that the Treaty of Waitangi was a partnership between Māori and the Crown and criticised the financial settlements for Crown breaches of the Treaty that has seen payments to particular Māori tribes.[6] Don Brash, spokesperson for Hobsons Pledge (who is incensed[7] by the use of Māori language on the mainstream television and radio)[8], believes that Māori under Treaty of Waitangi gave up all of their legal powers and that the Treaty was not a partnership between Pākehā and Māori.

The extent of support for the views of Brash, Gallagher and Witherow is not clear. They have been dismissed as indicative of a generational attitude among older Pākehā (non-indigenous) men who cannot understand the way that New Zealand is changing and they certainly reflect a nostalgia for old certainties among Pākehā New Zealanders after 40 years of bewildering change.[9] However if Talkback radio and letters to the editor are any indication their views cannot be dismissed so easily. For history educators the ‘wilful ignorance’[10] demonstrated that is characterised by a dismissal of the historical research literature as indoctrination that ‘fosters politically correct ideas’ about the ‘Treaty of Waitangi’[11] poses a challenge in how teachers these address these questions in their programmes.

In this context, the Māori history website may have a role in building a connection to place for young people and contributing to reconciling the relationship between Māori and non-indigenous New Zealanders that goes beyond simply knowing historical details about New Zealand’s past but also sees young people emotionally connect this knowledge with indigenous perspectives of place. The strength of the Māori history website is that the knowledge that has been created has come out of ongoing conversations between classroom teachers, researchers, historians and Māori experts over what indigenous history might look like. It has required humility and respect on all sides and while constructing an uncontested definition of what Māori history means for young people in the 21st century is a work-in-progress (and it is still early days), this initiative has much to say to us about developing an understanding of indigenous perspectives on the past.

« Kindergarten: A Place for Historical Thinking
Public History in Russia: What Is It? »