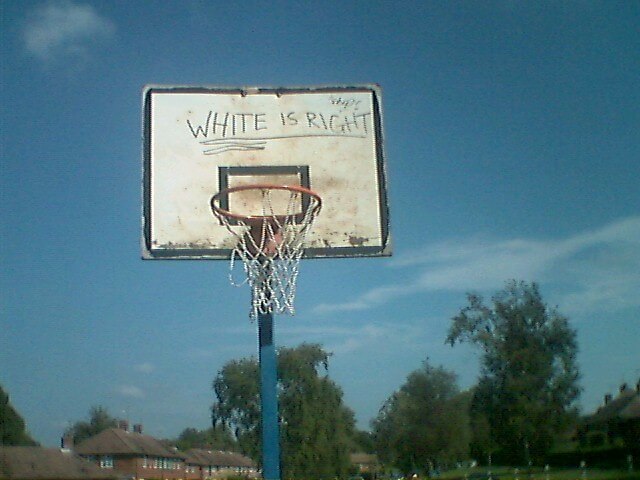 In the culture of politics and history, racism is a thoroughly over-used term. It belongs both to political and to cultural-scientific lines of thought, and its meaning has been poorly defined. In the German-speaking world, moreover, the term is inevitably associated with the National Socialists’ crimes against humanity. However, the use of clearly defined terms should not only be a primary concern in academic circles but also in pre-scientific and non-academic debates on cultural matters.

Clarity as a Basis for Academic Elucidation

Clarity is especially needed where sensitive and controversial issues as well as their wider meaning are concerned—as is the case with the term racism. It refers to the way in which people substantiate their social affiliation, how they distinguish themselves from others and how they treat each other.

This way of determining one’s social affiliation serves as a parameter of self-perception both for individuals and for all social groups. Kierkegaard described human subjectivity as a “relation […] relating itself to itself in the relation.”[1] This relation to oneself can be of a personal or social nature, whereby both characteristics are naturally interleaved. It has come to be generally accepted to paraphrase self-relation as “identity”—also a controversial term.

It remains a challenge for the humanities to establish clarity over such terms. This is particularly true with regards to historical thought and related academic activity, as each attempt to define the concept of identity requires a historical approach. What does this mean in terms of defining racism? By all means, the outlook appears to be bleak. Despite excellent historical analysis centering on racism, the results have done little to clarify the term. Unfortunately therefore, academic thought’s capacity to elucidate has been weakened, if not invalidated.

Political debates and academic discourse do not allow themselves to be separated in terms of historical thought. The humanities depend on the need for social orientation, and political power struggles require objective and convincing arguments in order to legitimize respective demands.

In this respect, key words cannot be confined to one particular specialist area. This becomes an issue when normative attitudes and ascriptions prevail. To accuse a scholar of racism, for example, would be to question their academic authority. Fundamentally, accusations of racism are killing arguments. Those accused might even be judged to be on a moral par with those operating the gas chambers, thus destroying their intellectual reputation as academics. This is also the case when academic analysis deems the very matter it is researching to be racist or even inhumane.

This does not imply that inhumanity does not exist: In some contexts, it is unavoidable to talk about racism. At the same time, the mass use of the term racism in the humanities is alarming.

If one analyzes accusations of racism in their logical structure, one becomes an implicit victim of their own criticism. Through the use of the word racism, one can distance oneself from others based on their social affiliation. In doing so, the qualities which one ascribes to oneself are hereby denied to others. “Race” divides humanity into differing levels of normative quality, of values. The most radical degree of affiliation lies between the humane and the non-humane. It is precisely this radicalism that is criticized as being inhumane.

At the same time, however, the same asymmetric evaluation that marks the strategy of racism is being deployed here. In this context, criticizing racism can be regarded itself to be racist. Indeed, the criticized subject refers to a quality of human subjectivity which, in a racist way, is denied to those who are different. Whilst the others are no longer being categorized according to their race, they are subject to de-categorization. This is in reference to the normatively motivated interpretative patterns of the social world which are being violated by racism.

By calling someone a racist nowadays, one ultimately denies that person their humanity, which in turn provides ammunition for critics. In the face of the resolute nature of such criticism, one can speak of a compulsion to repeat inhumanity—since humanity is at stake. Therefore, the counter term of racism becomes evident: It involves a thought process concerning humanity (and its negation). For this purpose, humanism can be regarded as a welcome term.[2]

The differentiation between “us” and “them” is anthropologically universal. Racism, however, does not imply this universality; instead it determines both our affiliation and who we are via a resolute degradation of who we are not. In criticism of racism itself, this is not perceived as being acceptable. This becomes apparent when faced with certain phenomena such as the racial ideology of National Socialists, for example. However, if racism indiscriminately denotes practically every asymmetrical ascription of affiliation and differentiation, the term becomes manipulated in the struggle for interpretation and political legitimacy.

Therefore, I would like to see the term racism strengthened in the interdisciplinary discourse. This can be achieved by reinstating its analytical astuteness, which has been lost not only in the course of its prominence in anthropology, but in indiscriminate usage also.

“Racism” is an interpretative pattern of ethnocentric distinctions between affiliation and differentiation. Fundamentally, these distinctions can be undertaken either subjectively (and, therefore, are subject to change) or objectively (as fixed entities). In a historical perspective, a trend of subjectification can be identified.[3] Regarding this subjectification, reactions of a (secondary) objectivist nature have frequently occurred (for example, in the determination of nationality[4]).

In the discourse of the humanities it is imperative to explain (and also to criticize) the synchronic and diachronic margins evident between both possibilities by using a differentiated terminology in an ideal-typological approach. In this way, the term racism would be analytically practical and simultaneously decrease its ideological potency (its “killing potential”). The diversity and changeability of the factors which determine identity would come into view. At the same time, the biologism of racial terms would lose all plausibility. It is only by establishing both a precise and flexible terminological network that science can render the political discourse more reasonable through critical findings than it would be without them. Instead of providing political power struggles with ammunition, science could therefore humanize them.


Copyright (c) 2017 by De Gruyter Oldenbourg and the author, all rights reserved. This work may be copied and redistributed for non-commercial, educational purposes, if permission is granted by the author and usage right holders. For permission please contact: elise.wintz (at) degruyter.com.