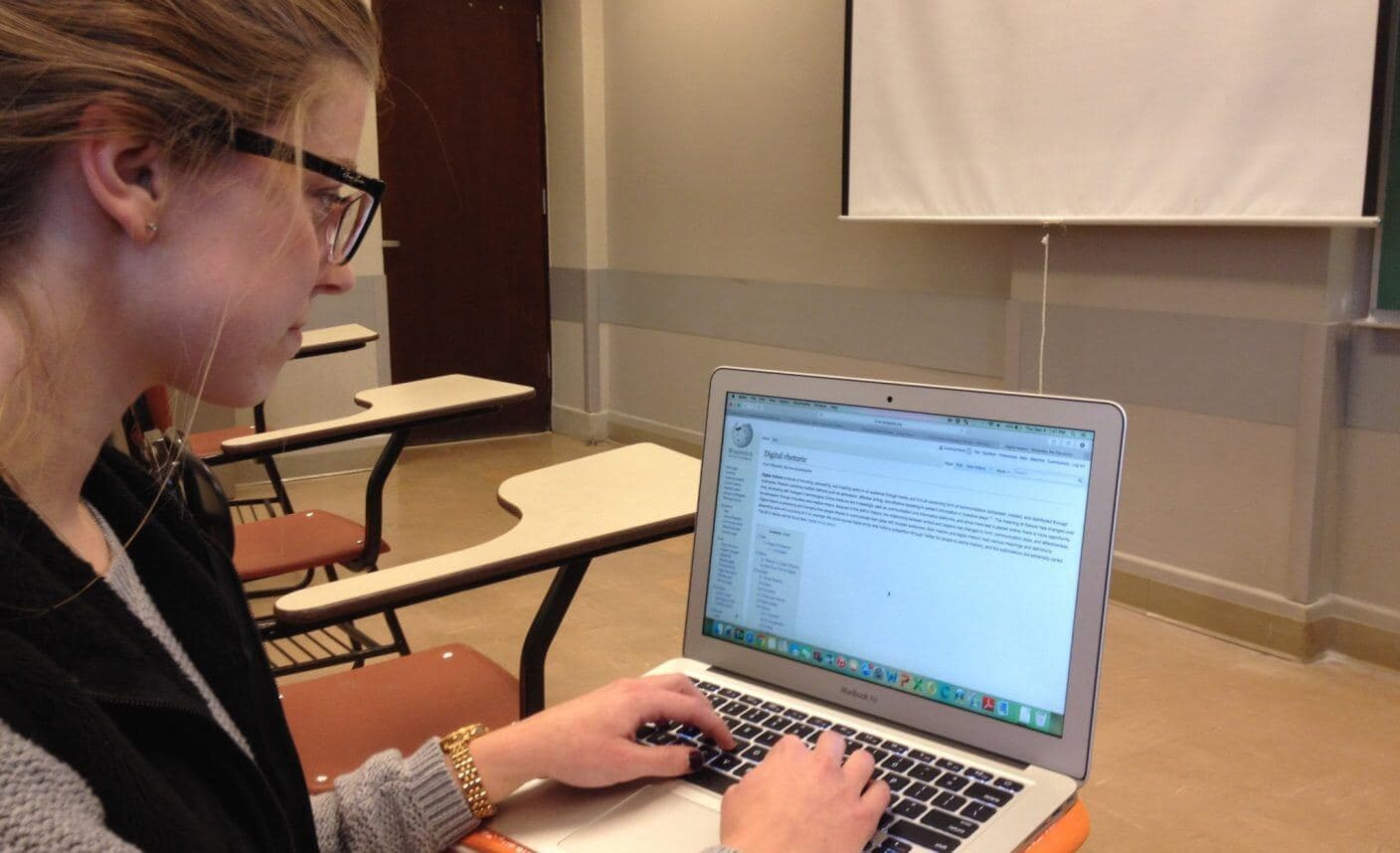 Abstract: The growing prevalence of “fake news” necessitates enhanced tools of detection and evaluation to handle it, while “alternative facts” place a spotlight on fact checking. Both are traditional skills taught by history educators.
DOI: dx.doi.org/10.1515/phw-2017-8548
Languages: English, Deutsch


The growing prevalence of “fake news” necessitates enhanced tools of detection and evaluation to handle it, while “alternative facts” place a spotlight on fact checking. Both are traditional skills taught by history educators.

My eye was caught recently by a sidebar on the Huffington Post website (South African Edition) which announced: “Donald Trump Praises Jacob Zuma as ‘The Best, Ever'”. Sceptical (surely Trump’s heard of Nelson Mandela, I thought?), but with piqued interest, I clicked the link, only to read, “You probably clicked on this article thanks to the inflammatory headline. And that’s exactly how fake news works…”.[1] The journalist’s ensuing attempt to enlighten his readers about fake news didn’t, however, go far beyond warnings about manipulation and propaganda. That prompts a response.

Evidence is at the heart of history education, for it uses evidence in order to establish and explain things.[2] As John Fines once elucidated, having asked a question we go back to the sources and from the sources,

“…we select those pieces of information (that is, evidence) that will help us answer our question, and we must try to understand the evidence, weigh it, and see how far it can take us towards an answer […]. The point in the model where the experience, skills and knowledge are most required is at the stage of processing the evidence. Learning to cope with the problems of evidence is challenging, mind-stretching, satisfying and it helps make sense of what is being studied…”[3]

A Model for Dealing with Fake News?

A convenient model for discussion is that which Denis Shemilt first proposed on the basis of his study of adolescent thinking in history. It is useful for the present purpose both because it has been around a long time and because it conveniently identifies four stages in the development of an understanding of evidence (and how it is used by historians).[4]

The first stage is that knowledge is taken for granted. Information or knowledge cannot be distinguished from evidence. It is as though the truth simply awaits discovery — as conveyed in the following interview extract:

“INT: How do you know [that Hitler started World War II]?
SUB: I’ve read it.
INT: How did the author (of the book) know?
SUB: He might have been in the war or have been alive and knew what happened?”[5]

Fake news and what are purported to be alternative facts (false, deliberately misleading or unverified) trade on the recipient’s lack of ability to distinguish evidence. “Facts” are used as if the appearance of information/knowledge constitutes evidence and news is news because it appears to be so. A possible explanation for this, as Shemilt suggests, is that people so seldom ask the question “How do I know?”.

His second stage is when evidence is equated with privileged information about the past. Those at this stage now accept that historical knowledge is negotiable and that one should ask “How do I know?” but they then account for it by labelling it as bias or another point of view. He illustrates:

So the fake news could depend on how biased the TV programme, news site or tweeter might be. The tendency to equate authenticity and reliability is also prevalent in recipients of fake news and alternative facts. “Reliability” in this stage rests only on the status of the originator of the information.

These first two stages are useful in highlighting what happens when the target of the fake news or the alternative fact has little or no sense of the concept of evidence. The further stages begin a discussion about how a greater sensitivity to evidence in history might provide tools for handling fake news and alternative facts.

Stage III is marked by the fact that evidence and information can be fully differentiated, as the subject concludes in this extract:

This is, arguably, part of Fines’ stage of “processing the evidence,” working it out by a rational process. For Shemilt,[8] it is that the thinker looks for a method to guide the use of source materials, though he points out that adolescents often use the evidence to eliminate rather than verify hypotheses.

The ultimate stage is the awareness of the historicity of evidence — the point to which some adolescents can develop. They now recognise that written history is only a reconstruction of events, that, moreover, it “makes visible connections and continuities, moralities and motives that contemporaries would not have perceived”. The example is of a student explaining how a historian might go about reconstructing motives:

“INT: How would you try to find out what those motives were?
SUB: I’d think about the realistic possibilities – for example for an invasion there’s differences in ideas, …natural resources… land (and on?)
INT: How would you come to a decision when you seem to have made a lot of ‘realistic possibilities’?
SUB: I’d study the backgrounds of the countries and you’d trace over previous disputes and find out what they were in need of.”[9]

Whether it is adolescents engaging with source materials in a history class or casual readers scrolling through social media and news sites, history education points to two necessary requirements in order to engage meaningfully with information. An appreciation of the context of the information and how to use context to aid one’s judgement is crucial. Whether assessing the source of a tweet, interpreting the link/heading against the content of the news item, or comparing images, the same questions and procedures must be applied to the context. Likewise, the ability to recognise whether something is simply an ejaculation, an attention grabber or a description, rather than a reconstruction which demonstrates that it is based on carefully considered evidence and a rational process, is as important.

« Racism – A Killing Argument in Cultural Studies?
Using Multiperspectivity to Break through Eurocentrism »