Complexity in the Specification of the History Curriculum 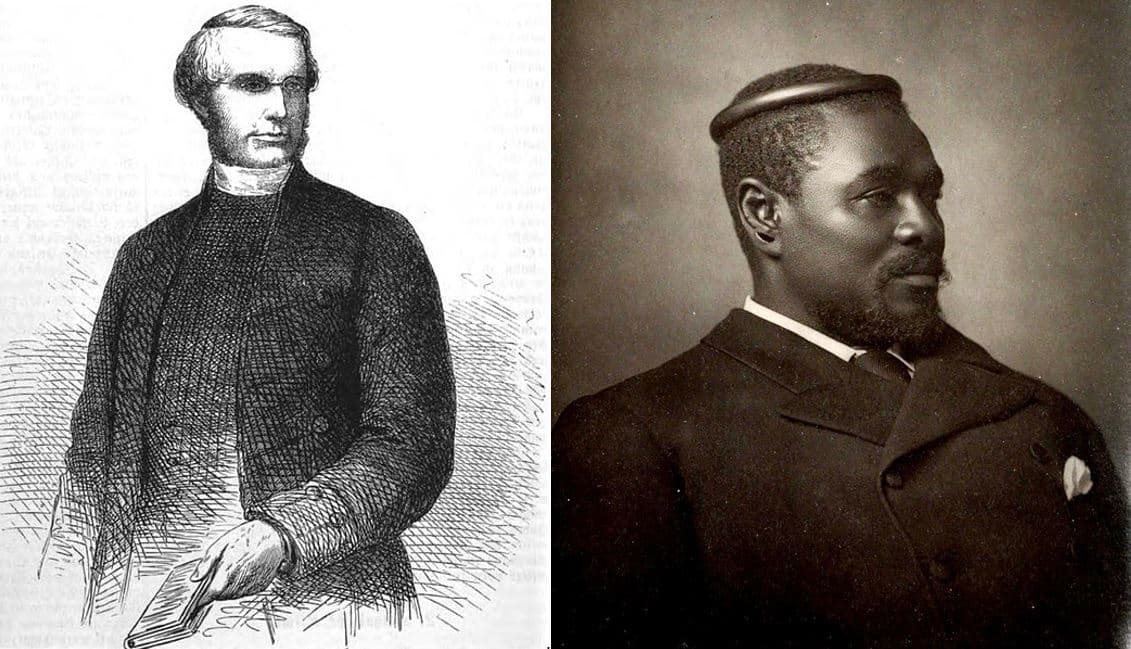 Abstract:
School history content curricula variously give learners an introduction to historical themes and outlines of their chronology, focus on key “turning point” events and may, additionally, provide in-depth topic studies. They don’t, however, convey well the complexity of the past. A recent reading of Jeff Guy’s seminal biography of John Colenso (1814 – 1873), first Church of England Bishop of Natal in South Africa, The Heretic, caused me to wonder what the school curriculum made of this history.
DOI: dx.doi.org/10.1515/phw-2017-9662.
Languages: English, Deutsch


School history content curricula variously give learners an introduction to historical themes and outlines of their chronology, focus on key “turning point” events and may, additionally, provide in-depth topic studies. They don’t, however, convey well the complexity of the past. A recent reading of Jeff Guy’s seminal biography of John Colenso (1814 – 1873), first Church of England Bishop of Natal in South Africa, The Heretic, caused me to wonder what the school curriculum made of this history.

Anglo-Zulu History in the Curriculum…

The current South African national curriculum, the Curriculum and Assessment Policy Statement (CAPS)(2011),[1] includes the following in one of the six themes for Grade 10 (age 15):

“Colonial expansion after 1750
How did colonial expansion into the interior transform South Africa? The focus is on the impact that the demands of the emerging capitalist economy in Britain had on societies in southern Africa […]. A link can be made with the French Revolutionary wars, with Britain having taken control of the Cape in 1795, as well as the consolidation of British control and the impact this had after 1806. A broad understanding rather than detail is needed. […]
The Zulu kingdom and the colony of Natal
– the need for a controlled labour force: indentured Indian labourers (sugar); also labourers for railways and coal; and
– the Anglo-Zulu wars.”

I next went to a Grade 10 textbook, In Search of History [2] to find how it had interpreted the above specification. It includes three pages on the Anglo-Zulu wars (561 words). The following section concerns the war of 1879:

“The British were looking for an excuse to invade the Zulu kingdom. In 1879, the British in Natal deliberately stirred up a conflict with Cetshwayo [Zulu king]. They accused Cetshwayo of planning war and demanded that a British official be placed in the Zulu kingdom and that the Zulu army be disbanded. They knew that Cetshwayo would refuse to do this, and this would give Britain a reason to go to war. When Cetshwayo refused, the British army invaded Zululand in three separate groups. They all marched towards Cetshwayo’s capital at oNdini (Ulundi).

At first things went well for the Zulu army. They surrounded and defeated one group of British troops at Isandlwana, and killed almost all of them. This was one of Britain’s biggest defeats in all the colonial wars, and the British were shocked at the news. Settlers in Natal started to panic as they thought that the Zulu army would overrun the colony. A fierce battle took place on the border at Rorke’s Drift. The British troops were almost defeated before the Zulu withdrew.

The Zulu victory at Isandlwana allowed them to keep their independence for a little longer. However, Britain sent more troops to Zululand. Cetshwayo tried to reach an agreement with the British and sent peace messengers to meet with the generals in charge of the army. But the British ignored these attempts and then marched to Ulundi and destroyed the Zulu capital. Cetshwayo was captured and sent into exile in Cape Town.”

In this account, the British/British officials/settlers were uniformly opposed to the Zulu. The history was, however, far more complex than that. Guy (and other biographers) shows that Bishop Colenso, while a convinced supporter of Britain and Her Majesty’s government, was a friend and advisor to Cetshwayo, who assisted the “peace messengers” and went to extraordinary lengths to stand by him and the Zulu people. This included that after Isandlwana he urged Britain to delay the prosecution of the war until all possibility of negotiation had been explored; he undertook a remarkable, very detailed, correspondence with Colonial Office in London to correct the accounts of the Natal governors and officials and published pamphlets to place before the English public the facts of British rule in south-east Africa; and after the war he negotiated the release of Cetshwayo in Cape Town and was mainly responsible for Cetshwayo’s invitation to put his case in London in 1882, where he was received by Queen Victoria and, in Guy’s words, was “mobbed in the streets” by admirers.[3]

Colenso and the Complexity of the Past…

The present curriculum is specified in more detail than the previous National Curriculum Statement (2003),[4] which did not include any reference to the Anglo-Zulu war of 1879. Given the central place of the war in the history of the colonisation of South Africa, there is no doubt that it should be specified for study. But the above example shows that merely specifying the event does not ensure that it is dealt with in a way that reveals its complexity. Though there are obvious limits to the extent of specification,[5] the dangers of simplification or omission are real.[6]

The metanarrative of the textbook account is that all the British were opposed to the Zulu, waged war on them and seized their land. The account of Colenso (and the small number of colonists who supported him) introduces a different morality to the narrative. Colenso fought for justice for the Zulu and King Cetshwayo[7] — and paid a very high price for it in his subsequent “disappointment and pain”, leading to his death.[8] Guy summarises that Colenso was able to identify and publicise the manner in which falsification, the exploitation of fear and insecurity and the manipulation of public information a century and a half ago fomented the violence which prepared the way for the foundation of modern South Africa.[9] This, surely, is helpful to classroom history discussion today.

Colenso’s role highlights issues of decolonising the curriculum. The complexity revealed equates to what Jansen has recently described as “encounters with entangled knowledge” that is, knowledge “not neatly separated into the neat binaries of “them” and “us”, “coloniser” and “colonised” and “the South”, “the West” and “the rest of us”. Instead our knowledges, like our human existences, are intertwined in the course of daily living, learning, and loving”.[10]

At one remove Colenso is a dedicated servant of Britain,[11] who sees benefit in the extension of British rule in Natal, but at another he stands resolutely against the administration and government of the colony and committed to the Zulu nation. Decolonisation requires not only viewing the past from the Zulu perspective, but understanding the complexity of the human relations involved.