The Case of the Missing and Misunderstood Era 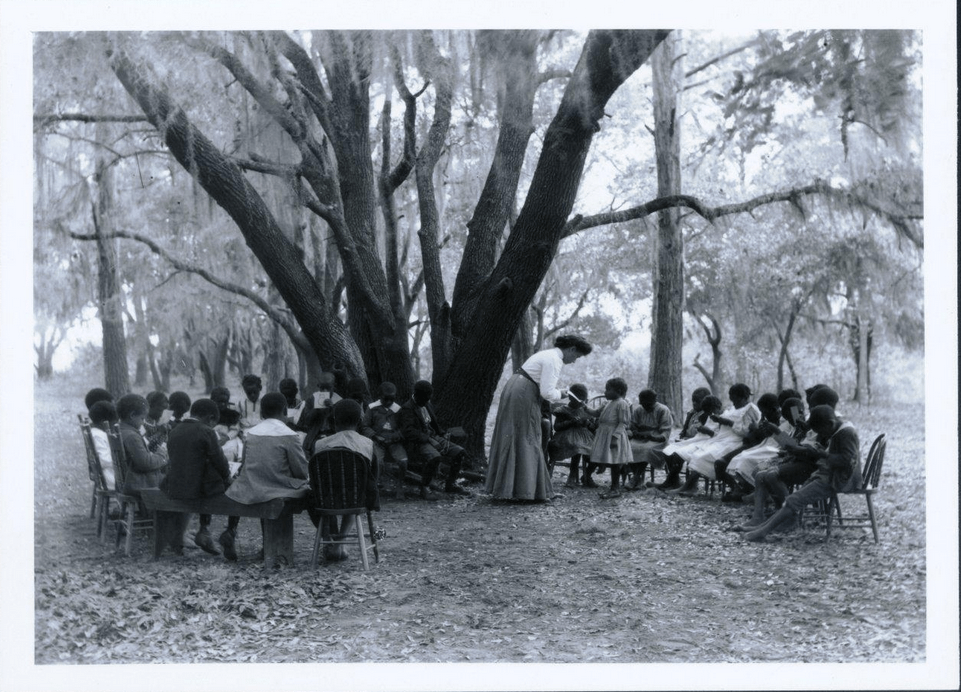 Abstract: America’s unfinished revolution, second founding, its mirror – all of these titles have been given to the American historical period known as the Reconstruction Era. They confer an importance to the era that is well deserved and yet, public knowledge and consciousness of Reconstruction, the period immediately after the Civil War, is minimal at best.
DOI: dx.doi.org/10.1515/phw-2017-9444.
Languages: English, Deutsch


America’s unfinished revolution, second founding, its mirror – all of these titles have been given to the American historical period known as the Reconstruction Era. They confer an importance to the era that is well deserved and yet, public knowledge and consciousness of Reconstruction, the period immediately after the Civil War, is minimal at best.

President Obama took one step towards addressing this in his last ten days in office and authorized the long-awaited first national monument to Reconstruction, to be located in Beaufort County, South Carolina.[1] The culmination of a process that began 26 years prior,[2] historians and citizens applauded this symbolic and practical recognition of one of the most significant, complex and misunderstood periods in American history.[3]

Fittingly, Beaufort County directly and rightly challenges outdated interpretations of the period with a wealth of stories and evidence. Under the Union Army’s control by 1861, Beaufort County became the “birthplace of Reconstruction”. It was there that the federal government launched the Port Royal Experiment intended to support the integration of the formerly enslaved into a democratic society. This is when and where the first African Americans enlisted as soldiers, one of the first African-American municipalities was created, and the first public schools for African-Americans were established. And importantly, Reconstruction in Beaufort County shows how this rebuilding experiment was working because of the efforts of ordinary people.

More than most historical subjects, Reconstruction history matters. […] All the major questions before us [today] – racism, rights, citizenship, democracy, terrorism – are Reconstruction questions.[4]

However, public consciousness of the period ranges from “deeply rooted mythologies” to a “blank slate”.[5] Dedication of the first national monument can only be a good thing in tackling this problem, but it will require continued work and collaborations across professional boundaries using multiple levers of change to improve the public’s understanding of this period.

Omitting Reconstruction means a gaping hole in whatever narrative of the American past you subscribe to. The time period between 1863-1877[6] saw the first years of the emancipation of four million enslaved African-Americans. It included the first experiments and experiences of interracial democracy in America and a new role for the federal government in protecting individual rights. Foner calls it both a period and a process as ideas such as race, citizenship, and freedom were actively being defined. In stark contrast with the slaveholders’ tyranny of the antebellum South, hundreds of Black men won elections to hold office at all levels of government and racial discrimination was outlawed in public accommodations. Progressive changes like this were met with brutally violent responses, the Ku Klux Klan being the most well-known figures involved in terrorist acts meant to restore and retain white supremacy. While the federal government enacted policies to shape a more equitable and just South, those efforts were short-lived and historians often end Reconstruction with the 1877 political compromise that ended federal protection.

The spirit that ended Reconstruction also came to shape early interpretations of this period. The first historical narratives named it a failure, faulting freedmen as incapable of self-rule and autonomy and Northerners as only interested in the plunder of the South. These views were welcomed and popularized through cultural products such as the movie Birth of a Nation, the novel Gone with the Wind, and school textbooks.[7]

Reconstruction in the School Curriculum

Complex and honest stories of Reconstruction have been largely absent not only from National Parks, but they are also frequently overlooked in the K-12 school curriculum. This is ironic given not only Reconstruction’s importance to understanding America, past and present, but also the topic’s curriculum potential.

Looking for compelling content and stories? Try the story of Robert Smalls, an enslaved sailor who rebelled, commandeered his Confederate boat, and went on to become a state and federal legislator and leader. Searching for opportunities to show how historiography can shift and change over time? Try contrasting the Dunning school that interprets Reconstruction as a failure with contemporary interpretations that show it was working in places, and shift the story from a “failure” to an “abandonment” of a moment of possibility.

How about teaching the divergence of collective memory and historical scholarship? Or, how the past and how we tell it helps explain our present? Students can explore these and other aspects of Reconstruction using a wealth of relevant primary and secondary sources.[8] Whatever a teacher’s primary teaching goals, studying Reconstruction can further them.

Public amnesia and mythologizing regarding Reconstruction distorts the American past and present and is a problem created by multiple factors. Similarly, challenging and correcting that problem will require multiple levers and concerted effort in multiple sectors. This vital work is already ongoing in different communities and has included historians’ scholarship and advocacy, local activism and outreach, and professional development workshops for secondary teachers.[9] When this work is collaborative, it holds particular promise for shared learning.

This kind of problem – when critical history goes missing and misunderstood – offers many learning opportunities for professionals who communicate with the public about the past. A specific case, such as Reconstruction, allows us to collaboratively wrestle with the problem in practical terms. For example, participants in a recent roundtable heard varied ideas for engaging the public’s interest in the topic, including starting with an artifact, the local landscape, links to present issues, or a compelling question.[10]

Engaging in joint work and projects focused on a specific historical topic also allows public historians, history educators, and others to explore larger questions related to our fields. What are different models and approaches for working collaboratively to impact public memory and understanding? What kinds of cases merit collaboration? What kinds of experiences and outcomes do we design for the public and how do these compare in different workplaces, such as museums or schools?

Working on a specific problem of practice that crosses professional boundaries and practices may be a golden opportunity to learn more about those boundaries and practices, both how they are distinct and interwoven. Is there such a topic missing in your regional or national context? By what means do you think it should be addressed?

Editor’s note: The text published at first was a wrong version. Therefore we have replaced it with the right one.