ANZAC and the Right to Dissent 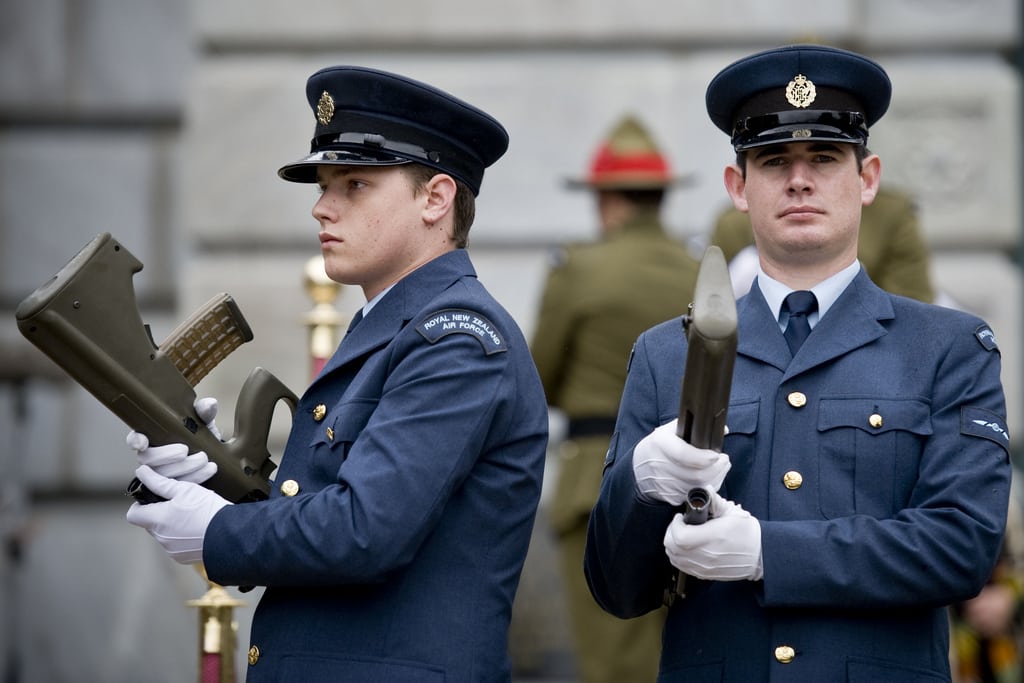 Abstract: In New Zealand, young people are encouraged to play a prominent role in the commemoration of war. However, they find themselves in an ambivalent position. Whilst they are expected to reinforce the sanctity of war remembrance in this country, questioning New Zealand’s war record (or offering a critical alternative) is not an option.
DOI: dx.doi.org/10.1515/phw-2017-9366.
Languages: English, Deutsch

In New Zealand, young people are encouraged to play a prominent role in the commemoration of war. However, they find themselves in an ambivalent position. Whilst they are expected to reinforce the sanctity of war remembrance in this country, questioning New Zealand’s war record (or offering a critical alternative) is not an option.

The Burden of Memory

Young people are encouraged to play a significant role in the commemoration of war in New Zealand on Anzac Day (25 April). Wearing the service medals of their great-grandparents, they participate in parades, silent vigils and other commemorative rituals. By doing so, they win the approval of many who see them preserving “the burden of memory” about war so that they can “pass it onto subsequent generations.”[1] Anzac Day is the official day of war remembrance in New Zealand. It commemorates the unsuccessful attempt by the Australian and New Zealand Army Corps (ANZAC) to invade the Gallipoli peninsula during the First World War. Today, it incorporates all the overseas conflicts in which this country has been involved. Furthermore, thousands attend ANZAC ceremonies, which are typically uncritical of the political nature of war commemoration and which ignore the contentious features of New Zealand’s war record.

There is a high degree of sensitivity in the commemoration of ANZAC. It does not accommodate critical perspectives, and young people are encouraged to play their part in reinforcing the dominant narrative of how war is remembered. In Wellington this year, James Broome-Isa (aged twelve years) forcefully interrupted a TV interview with two protesters from Peace Action Wellington, who had laid a wreath in memory of civilians allegedly killed by the New Zealand Defence Force in Afghanistan in 2010.[2] James was furious at the timing of the protestor’s action, claiming that it undermined the sanctity of Anzac Day.

In itself, the fury of a twelve-year-old boy loudly confronting two protesters (who were conducting a silent protest and had permission from the organisers to do so) would have gone largely unnoticed. However, the incident generated wide coverage in New Zealand. It also featured in the Australian and British media. The question James had raised (namely whether it is appropriate to protest on Anzac Day or not) saw a radio station run an online poll the following day (according to which 67% agreed with James) and it triggered numerous editorials, debates and articles in the media which addressed this question.

Youth and the Politics of ANZAC

So why did the unchecked fury of a twelve-year-old generate such a response? To some extent, this reflects the growing politicisation of Anzac Day as well as the high profile which the First World War currently has in New Zealand.[4] 2017 is election year in New Zealand, and James’s father, David Broome, is the chief of staff for New Zealand First, a socially conservative centrist party currently in opposition which, as the name suggests, places a high priority on New Zealand honouring its military record. Broome accompanied his son during this heated exchange with the protestors and the New Zealand First Defence spokesperson Ron Mark (himself a returned service member) was quick to support James’s comments:

“ANZAC Day is a sacred day for commemoration and reflection and using it for protest is inappropriate. Yes, we fought for the democratic right of protest but there are 364 other days for people to make their point. Choosing today, of all days, is disrespectful […].”[5]

The Returned Services Association for veterans of the armed services agreed. National president Barry Clark said that anti-war protesters were “not welcome on Anzac Day” and that “Anzac Day is a time for remembering those who have served – our men and women – and those who are still serving.”[6] Although the idea of a young person being manipulated for political purposes seems to be apparent to a degree, the impassioned views of this angry twelve-year-old resonated among those New Zealanders who are uncomfortable about any challenges to ANZAC and the sanctity of war remembrance in this country. These are the same views which reflect an underlying anxiety about what New Zealanders perceive to be the almost sacred or spiritual quality of ANZAC, as they regard any challenge to this as being disrespectful and inappropriate.

Such views regarding this topic were not widely endorsed by the majority of commentators in editorials and columns, who supported the right to protest on Anzac Day. For example, the Dominion Post editorial was adamant about the right to protest, claiming that “people have the right to protest; even on Anzac Day” and that “the right to disagree does not take a forced vacation on our national day.” The editor went on to remind readers that some perceive Anzac Day as “a thinly-disguised apologia for war and militarism” and noted that there were major protests over New Zealand’s involvement in the Vietnam War in the 1960s and 1970s.[7] Commentator Alison Mau wrote that protesters had the right to peacefully make their point, whether people agreed with it or not.[8] Bill English, Prime Minister of the centre-right government, pointed out that peace protestors had a right to participate in Anzac Day commemorations and express their point of view.[9] Ironically, English made few headlines in his national Anzac Day speech when he read an extract from the prominent pacifist Ormond Burton, who was an outspoken critic of New Zealand’s involvement in the Second World War and who was imprisoned for his beliefs.

A Place for Dissent

There exists an increasing unease about the uncritical commemoration of war on Anzac Day. This is due to the fact that it does not allow for the examination of both contentious features regarding New Zealand’s war record (such as the experience of conscientious objectors in both World Wars) and the realities of recent war experiences (such as recent allegations of civilian deaths in Afghanistan). Nor does it encourage any examination of the political reasons for New Zealand’s involvement in wars overseas (in either the past or present). Furthermore, there is a major imbalance in the focus on wars overseas (primarily the First World War) rather than conflicts in New Zealand between indigenous Māori and the colonial government during the nineteenth century.[10]

The uncritical and exclusive way in which ANZAC commemoration operates places young people in an ambivalent position. While they are encouraged to participate in commemorative activities, this is only through the lens of reverence. Young people are required to play their part in reinforcing the dominant ANZAC narrative. To question this (or to offer a critical alternative) is not an option. What young people make of all this is unclear. While the study of memory and war remembrance has intensified in recent years, the way in which young people engage with cultural messages concerning war is largely unexplored and builds the focus of the recently established Teaching and Learning Research network. However, a recent study demonstrated that young people were far from passive regarding the way in which they engaged with national narratives about ANZAC. Moreover, the ways in which they were able to make meaning of war remembrance in New Zealand were potentially complex, nuanced, and critical.[11]