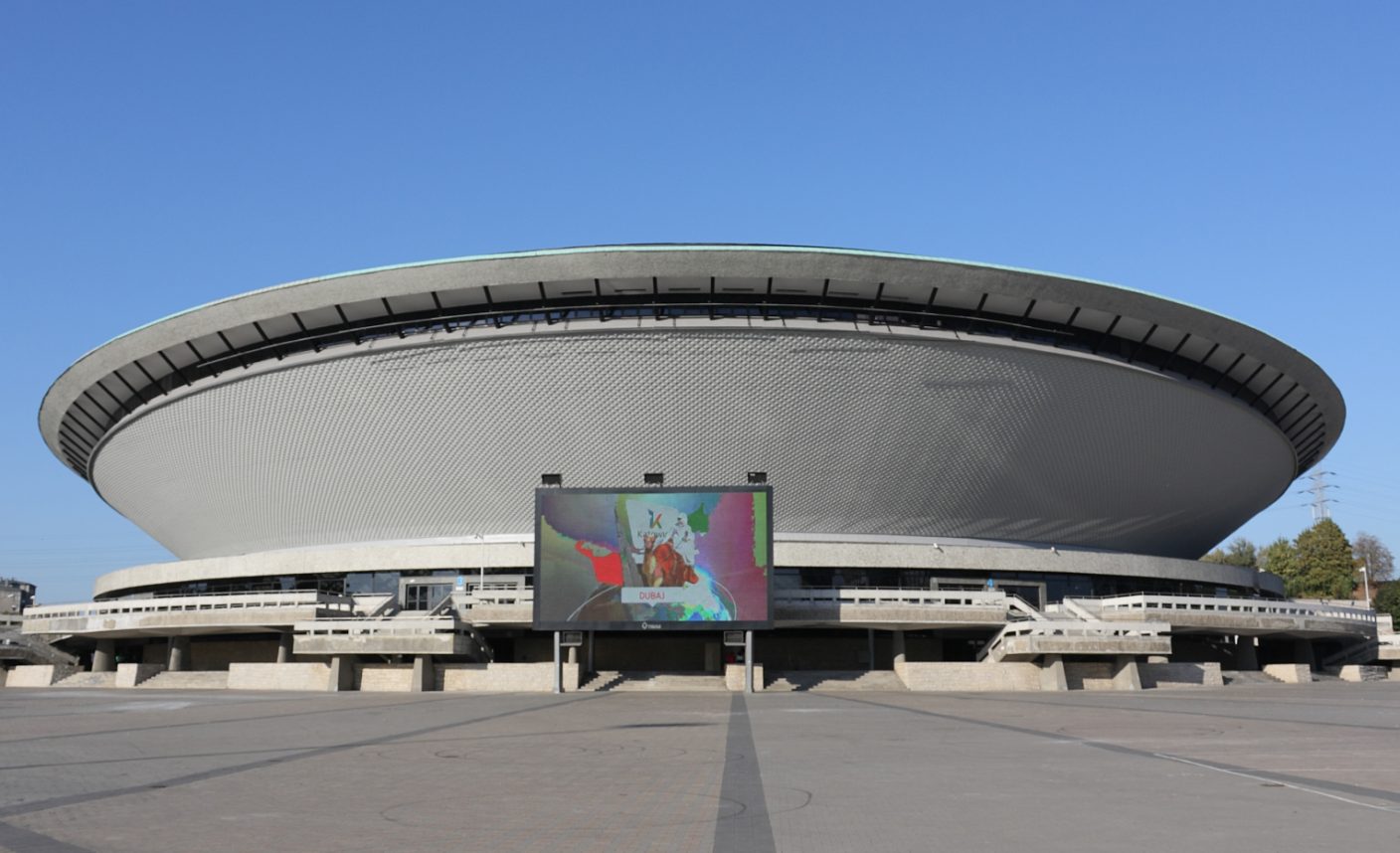 Abstract: The (post-)industrial region of Upper Silesia continues to be associated with images of black and gray. Bynames for this area such as the “Ruhr district of the East” or the “black heart of Poland” still remain vivid in the minds of both Poles and Germans today. However, the modern reality is that Upper Silesia has long since managed to overcome and ultimately leave behind these outdated stereotypes. This especially holds true for Katowice/Kattowitz, the capital of the Upper Silesian Voivodeship. The city has started to make much progress towards establishing its future, particularly in the fields of high technology and culture. What role does the past play in this process of reinvention? Notwithstanding the omnipresence of the past in the city’s urban texture, Katowice prefers to look ahead instead of lingering behind.
DOI: dx.doi.org/10.1515/phw-2017-9502.
Languages: English, Deutsch


The (post-)industrial region of Upper Silesia continues to be associated with images of black and gray. Bynames for this area such as the “Ruhr district of the East” or the “black heart of Poland” still remain vivid in the minds of both Poles and Germans today. However, the modern reality is that Upper Silesia has long since managed to overcome and ultimately leave behind these outdated stereotypes. This especially holds true for Katowice/Kattowitz, the capital of the Upper Silesian Voivodeship. The city has started to make much progress towards establishing its future, particularly in the fields of high technology and culture. What role does the past play in this process of reinvention? Notwithstanding the omnipresence of the past in the city’s urban texture, Katowice prefers to look ahead instead of lingering behind.

The complexity of the city’s past can still be felt in the urban environment today. Established along an east-west axis after 1865 and built with red clinker bricks, the architecture of Prussian Kattowitz remains largely unchanged in today’s city center. South of the town’s center, administrational, representational, and tenement buildings of the Polish interwar period can be found. These buildings were erected at a time when the region was split between Poland and Germany after the First World War, as the Polish city administration deliberately chose to implement modern architecture in order to demonstrate its sovereignty over the newly obtained territory. North of the Prussian city center, the socialist heartbeat of Katowice manifested itself in outstanding architectural innovations after 1945. Two of the city’s landmarks, the “Spodek” (a multi-purpose hall called the “Flying Saucer” due to its spectacular semicircular roof) and the “Superjednostka” (“Superblock” – the Upper Silesian answer to Le Corbusier) were built during this time.

The cityscape of Katowice is characterized by its lack of destruction, reconstruction and modification in regards to buildings – features of architectural heritage which are usually common in Central European cities. In Katowice, however, each era has added new architectural styles to the already existing ones. Even today, one can clearly identify the various architectural and urban features of the town’s development over the years. These features are reminiscent not only of the Polish-German rivalry in the fight for the city and region, but also of the period after 1945, when Upper Silesia formed the backbone of the socialist Polish economy.

The juxtaposition of architectural features and historical eras in Katowice’s urban texture can, however, also lend credibility to the converse argument, namely that Katowice is a place of cultural discontinuity. Every historical turning point in the past has brought new initiatives to the forefront and has also brought about new urban textures with the aim of symbolically surpassing their predecessors. This constellation has created an ensemble of dissonant heritage which can only be fully appreciated in its entirety by those who are aware of the city’s complex past. Frankly, the continuity of Katowice’s history is expressed by its interminable resolve to break up with the past. Therefore, Katowice can hardly be regarded as a place of dialogue or mutual understanding – a label coined by the Lower Silesian capital Wroclaw/Breslau as early as the end of the 1990s. Making references to the past is a rather difficult and complicated endeavor in Katowice due to the lack of a commonly shared “golden era” with which everybody can identify.

Moving Away From the Past

Instead of constantly reminiscing about the past, Katowice is looking to the future. In the words of the renowned Polish art historian Ewa Chojecka, the city is characterized by an “instinct of modernity”,[1] a description which has come to practically embody the city center since 2014. After the city administration had proclaimed “culture” as the new guiding criteria for the city’s development, Katowice made the largest investment in culture in Poland since 1989, thereby creating a unique cultural space which is second to none in Poland. Since then, an unused inner-city, post-industrial area behind the “Spodek” was turned into what has been termed the “cultural axis.”

The Polish Radio Symphony Orchestra has a new venue there with outstanding acoustics; an international conference center combines nature and architecture with footpaths built on its spacious green rooftop; and the new home of the Silesian Museum uses the remains of a former coal mine as part of its exhibition space. Katowice has elaborated on its diverse urban texture with a newly designed vision for the future. This major investment was only made possible due to the significant characteristics of structural change after 1989. Rather than triggering a complete financial breakdown, these structural changes brought about a dynamic transformation process which has encouraged positive economic development in Katowice.

Which meaning does the past evoke in a city which is concentrating so much on its future? The industrial heritage of Katowice seems to be particularly contested because it is perceived as damaging the city’s aspirations to become a cultural metropolis. This is even more striking when one considers that the neighboring city of Zabrze has been preserving and marketing its industrial heritage for a long time. Katowice, meanwhile, can only point to a few instances where it has adopted a more cautious and responsible approach towards its industrial heritage. The new home of the Silesian Museum can be considered as one of the most successful examples. However, form and content do not fall in place entirely. In one performative act, the visitors enter the exhibition by going downstairs to the underground level. Initially, the beginning of the exhibition was to feature aspects of regional industrialization and a quotation by the German poet Johann Wolfgang von Goethe. This caused public and political controversy, and the exhibition, which had not yet been completed, was cancelled in 2012, because the concept was perceived as highlighting the German influence in Upper Silesia too much.[2] The exhibition which has been on display since 2015 adopts a narrative more biased towards Poland. A multimedia entrance scene which refers to the political turning point of 1989 is followed by an exhibition room about the Middle Ages.

A similar development could be observed when the Giszowiec/Gieschewald settlement was reassessed during Katowice’s application for the title of “European Capital of Culture.” The worker’s settlement Gieschewald was built by the Berlin-based architects Georg and Emil Zillmann on the outskirts of then-German Kattowitz in the first decade of the twentieth century. For the application process, the city was described as being the “first Polish garden-city.”[3] This was necessary because the application and its inherent future-oriented concept of Katowice as a “garden city” required a historical reference, which was found in Gieschewald. Therefore, the discourse on the past did not seemingly permit references to Gieschewald as an architecturally sophisticated worker’s settlement from the German period of Katowice.

« The Case of the Missing and Misunderstood Era
Borders In the Head: Comparing Mexican and Berlin Wall »