What Should They Know of England? History and Citizenship 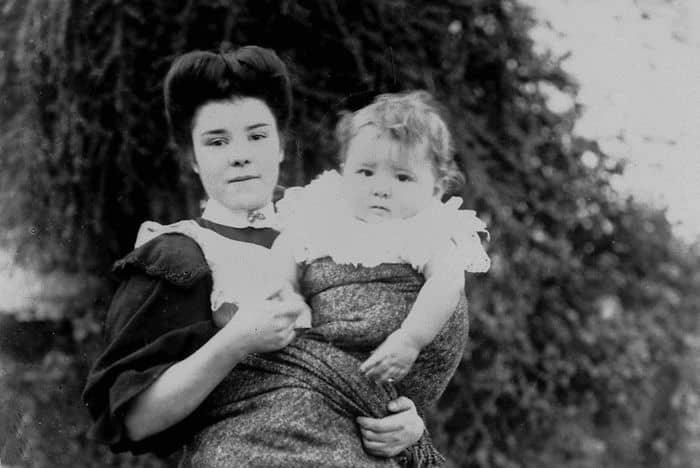 Abstract: This article argues that the traditional efforts to invest moral meaning in narratives of the national past are evident both in the government-sanctioned version of British history and the critiques of it by academic historians. These historians demonstrate that the official version of the British past glosses over past wrongs, but do not sufficiently challenge the notion that histories of a nation need be geopolitically focused or morally instructive.
DOI: dx.doi.org/10.1515/phw-2022-19459
Languages: English


The Life in the United Kingdom test contains the closest thing the UK possesses to an official narrative of British history. Every migrant between the ages of 18 and 64 must answer correctly at least three-quarters of the twenty-four multiple-choice questions in order to obtain citizenship or permanent residency. The questions test factual recall of the set text, Life in the United Kingdom (3rd ed., 2013).[1] So what do these newest residents need to know about the many generations of Britain’s inhabitants who preceded them?

Anyone thinking history is a useless subject will be surprised by its prominence in the citizenship test. More than one-third of the text of Life in the United Kingdom is devoted to history and the historical questions account for a commensurate proportion of the test. In practice tests, nine of the twenty-four questions concern British history.[2] In contrast, applicants are expected to answer a single question apiece on literature, popular culture, demography, geography, religion, customs and celebrations plus one or two on sport (often historical in nature).

Though history is granted more space than any other subject in Life in the United Kingdom, it is nonetheless difficult if not impossible to create a coherent and authoritative narrative of British history since the Stone Age in just 14000 words of basic English. The acts of selection and generalisation practiced by every historian are magnified, while other fundamental historical tasks (evidencing, contextualising, analysing) are almost entirely abandoned. The result is necessarily simplified to the point of being simplistic, so the decision has to be made which people, topics and events are to be foregrounded and which corners are to be cut.

Life in the United Kingdom sets out its stall by emblazoning the title of the historical section – “A long and illustrious history” – across a detail from Denis Dighton’s Romantic depiction of The Fall of Nelson, Battle of Trafalgar, 21 October 1805 (c. 1825).[3] Every element of the title and painting rings alarm bells. For a start, is Britain’s history particularly “long” when compared to that of any other geographical entity? With notable exceptions such as New Zealand and Madagascar, all habitable parts of the world have long histories and many attained literacy before Britain. What counts as “illustrious” is equally questionable. As Arthur Chapman and Frank Trentmann have argued, the narrative accentuates the positive.[4] Much like Dighton’s painting and “our island story” as extolled by Michael Gove, it recounts the national past in “kings and battles” fashion.[5] Scotland, Wales and Ireland are routinely included, but are consigned to the role of supporting actors which interact with or are compared to England’s leading part.

Frank Trentmann is most troubled by what he rightly characterises as the handbook’s “serious problem with race.”[6] The most charitable explanation of its mealy-mouthed account of slavery and its omission of Hitler’s genocides is that followed Michael Gove’s ambition to foreground British history.[7] By Govean logic, the kidnapping, torture and forced labour of enslaved Africans and the murder of Jews and other persecuted peoples happened outside Britain and therefore have little or no place in a British citizenship test. Trentmann detects a still more sinister motive for what he terms the “softening of the slave trade … [and] sanitising of Hitler”.[8] To him, such revisionism amounts to a concerted attempt to “edit, distort and falsify the past” in order to portray Britain as “always great, always leading and almost always alone”.[9]

According to Trentmann, this Whiggish account of British history is not simply one-sided or wrong-headed but “dangerous” because it fails to “confront the darker chapters of … [a] national past.”[10] It is the very issues of “race, empire, conflict and national weakness” which are downplayed by the 2013 edition of Life in the United Kingdom that Trentmann thinks indispensable to any account of British history.[11] To omit appeasement, the Holocaust, the chemical castration of Alan Turing, the subjugation of Irish Catholics, defeat in the Hundred Years’ War, escaped slaves, anti-colonial resistance, the bloodbath of Partition and “the slaughter of civilians” by the British in the Boer War in his view “does violence to our basic understanding of history”.[12]

What connects these disparate events is that they all undermine any claim to Britain possessing a peculiarly “illustrious history”.[13] More constructively, to contemplate “past injustice” is in Trentmann’s view a “patriotic and decent thing to do”: a lesson in citizenship much richer than memorising the names of Henry VIII’s wives.[14] “[H]ow will societies be able to see and tackle current and future injustice if they do not have any understanding of injustice in the past?” he asks.[15] The question is a rhetorical one but not, perhaps, as straightforward to answer as he reckons. There are plenty of moral people with little historical knowledge who don’t need to pass a citizenship test in order to refrain from enslaving, murdering, colonising or chemically castrating others.

Moreover, Trentmann’s advocacy of “moral history” is not dissimilar to the approach of Life in the United Kingdom.[16] One celebrates Britain’s contribution to the world’s “political, scientific, industrial and cultural development” and the other excoriates its record of “past injustice”, but both accept the idea that citizenship is founded on a moral accounting of a nation’s past.[17] For Trentmann, Britain is firmly in the debit column. While citing many inglorious acts, he doesn’t mention a single meritorious initiative taken by a British government which merits inclusion in the handbook. He appears to suggest that British anti-imperialists deserve mention, although his two examples (John Wilkes and Mary Kingsley) were complex figures whose attitudes appear by turns admirable and repugnant by today’s standards.[18] Trentmann further chips away at the patriotic intent of the handbook by pointing out that several of the famous British scientists it mentions had non-British collaborators.[19]

Trentmann therefore proposes that the basis of British identity should be the reverse of that promoted by the handbook. Instead of celebrating past accomplishments, new British citizens should “confront past injustices”.[20] And rather than learning about British exceptionalism, they should appreciate the nation’s interconnectedness with Europe, Empire and the wider world. These proposals would go some way towards balancing the “boosterish and glorious” historical account he identifies in Life in the United Kingdom.[21] However, they do not challenge the handbook’s premise that a nation’s history represents a source of pride and shame for people who live in the same place in the present day. It is not self-evident that twenty-first century British citizens should feel some ancestral connection to the inventor of the hovercraft or, for that matter, the perpetrators of the Highland Clearances. That national histories have traditionally been framed in moral terms is no reason to continue the practice.[22]

The Living and the Dead

To me, the principal omission in Life in the United Kingdom is the stuff of human experience. There is no love, no sex, no birth control, no crime, no pastimes and no death except plague, warfare and in the case of nobles meriting burial mounds. The only families which appear throughout this narrative are of the dynastic kind. Trentmann notes that a handful of the people appearing in the narrative are non-white, but there is scarcely more mention of women.[23] Queens and princesses are the sole women to feature in the narrative before 1750 and women remain a small minority thereafter. The remedy is not to practice what Gerda Lerner termed “compensatory history” by adding to the pantheon of Great Men an equal proportion of “women worthies” whose prominence was the exception to the patriarchal rule.[24] Nor is it to follow Life in the United Kingdom by referring to gender inequality when it becomes subject to legislative reform in the nineteenth and twentieth centuries. A more meaningfully inclusive approach would be to switch the historical focus to “history from below” and to discuss the cultural, social, economic and familial structures which shaped people’s lives.

Society appears in the narrative when jolted into change by a new invention, law or war. Economics are subordinated to politics and, to the extent that they are mentioned, appear more in the context of international trade and enslavement than domestic agriculture and the household economy. If G.M. Trevelyan did himself a disservice by describing social history as “the history of a people with the politics left out”, this form of political history mostly leaves the people out.[25] The handbook opens by stating that “Britain is a fantastic place to live: a modern, thriving society” full of “diversity and dynamism”.[26] It’s odd, therefore, that the past in Life in the United Kingdom seems so lifeless. Viewing history from above is a poor vantage-point to discern the experiences and passions of ordinary women, men and children.