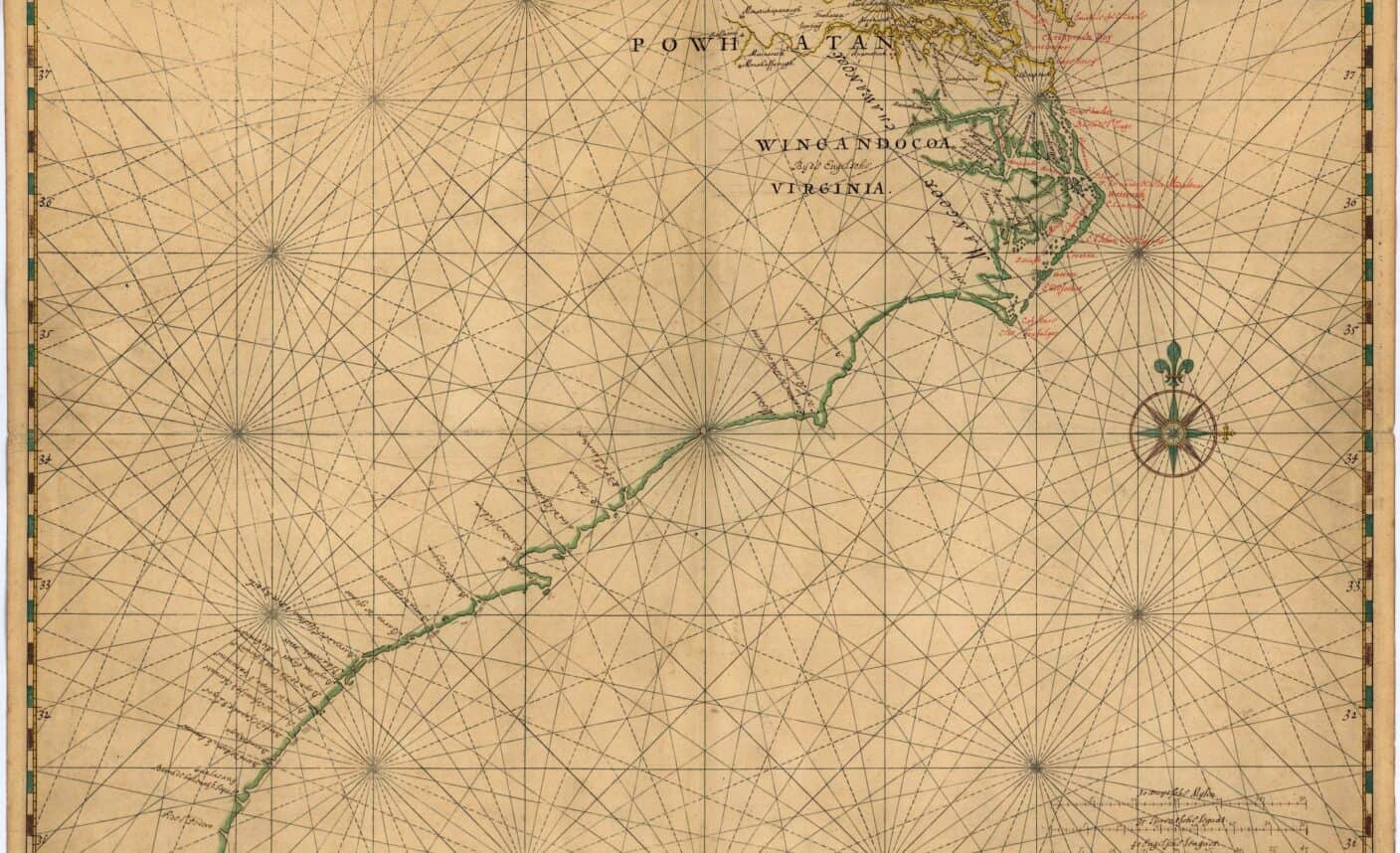 Abstract:
Once upon a time, historians studied primary and secondary sources and presented their own interpretation of the past, whereas today a Wikipedia page is written by “n” that is, an anonymous author; once upon a time, primary sources were gathered in archives, whereas today we find collaborative collections on social media; once upon a time, historical research was based on purely scholarly criteria, whereas today it can be combined with social commitment and be conveyed via platforms that allow citizens to participate in research and in enhancing cultural heritage. Have the paradigms of doing history been overturned?
DOI: dx.doi.org/10.1515/phw-2022-19325
Languages: English, Italian


Collaborative writing in history is not new in historiographic production, but has certainly received a very strong impulse and undergone an unprecedented development in the last twenty years, largely due to the rise of online platforms, which facilitate user collaboration or rely mainly on crowdsourcing. At the same time, the number of projects in the citizen humanities has grown exponentially. Such ventures involve the participation and active involvement of citizens in humanities research.

Due to its public, participatory and collaborative orientation, digital public history is a privileged field of application for citizen humanities. Muki Haklay (2012) has identified four levels of citizen involvement in participatory science activities: first, crowdsourcing, where citizens are “sensors” and acquire data following precise indications; second, “distributed intelligence,” which refers to data interpretation; third, “participatory science,” which requires citizen involvement in defining research hypotheses and methodology; and finally, the “extreme” level, which relates to data collection, the interpretation of results and the formulation of research questions.

The opportunities that the digital environment enables by creating platforms dedicated to collaborative writing are manifold, with each raising specific methodological issues largely concerning the question of shared responsibility.

The emergence of collaborative writing and its growth marks an important milestone in the process of “democratising history,” initiated by Roy Rosenzweig in 1994 and leading to the establishment of the Center for History and New Media at George Mason University.

Even if an article or monograph provides author details and defines their (shared) responsibilities, the terms of sharing are not as clear when looking at public comments on a cultural heritage site (Library of Congress 2008) or at the complex dynamics between interviewers and interviewees in collections of oral sources (Frisch 1990). Collaborative writing enables incorporating different voices, and multiple audiences, which become protagonists in an operation aiming to preserve individual and collective memories. The digital world has multiplied exponentially the possibilities for sharing the reading and rewriting of the past, to the extent that even attempting a rough typologisation appears to involve constantly pursuing an excessively fluid and dynamic future.

One aspect worth considering in this regard is the possible impact of collaborative writing on the creation of historical knowledge. We need to ask ourselves whether this possibility is not purely utopian, and whether collaborative writing is ultimately not merely a tool for disseminating a common sense of history. Because even if collaborative writing projects respond primarily to the discipline’s principal methods, public intervention inevitably shapes the outcome. Not to mention that the evolution may translate into a result completely at odds with the premises.

Old Weather[1] — one of the earliest and most successful examples in crowdsourced scientific initiatives — demonstrates that fact. The original research motivation (to create meteorological models based on manuscript sources from the mid-19th century onwards) was combined with well-conceived data collection methods and with discussion groups that are now fairly autonomous or at least far removed from the initial intentions.

It is also evident that the so-called pro-am[2] is more concerned with reporting anecdotes and preserving factual accuracy, whereas historians are more concerned with critical thinking based on interpretation and contextualisation. Wikipedia, for example, involves the often uncontrolled development of entries despite the five pillars,[3] while the possibility of debating statements is a positive sign.

One problematic issue that collaborative writing is not always able to remedy — or even tends to fuel — is the lacking contextualisation of online sources. This is a major limitation, in particular when sensitive historical issues are subject to public debate, and which may lend themselves to instrumentalisation. Thus, amateur platforms, not just Wikipedia, – as the contribution by Marta Severo  explains – can trigger highly political dynamics.

There is a social dimension to collaborative writing, which comes into play when the focus lies on creating a text rather than on the product. On these amateur platforms, responsibility is shared within a cooperative process: peer-to-peer collaboration triggers a mechanism of mutual support, integration and social inclusion. The resulting conditions facilitate the development of writing skills, which emerge from continuous exchange among participants. The collaborative dimension can promote implementing social inclusion projects in which ideally conflicts are mitigated within the communities of reference. This also requires a code of ethics. Wikipedia, for example, is based on the just mentioned five pillars. These constitute a set of rules that contributors should not breach if they wish to avoid expulsion. However, the edit wars reveal a tendency to want to impose a point of view, even if it is clearly controversial, and despite the fourth pillar stating that “Wikipedia has no firm rules.” While this implies the adoption of consensual behaviour, there is no guarantee of “peaceful” conflict resolution.

The shared writing of history leads to the creation of products with peculiar characteristics that distinguish them from those of the historiographical mainstream. In the past, interpretations were essentially the product of the thoughts expressed by each author, although scholars can of course be attributed to one or more historiographical schools a posteriori. With collaborative writing, the situation changes and prospectively involves a real paradigm shift. First, collaborative projects might complicate the interpretations, those of the “project managers” and those of the participants. Second, mainly in digital public history projects, who might initially disagree, and therefore promote different readings, might later converge on a common vision of the past.

The first contribution (by Marta Severo) addresses the platforms that are used nowadays to encourage or enable citizen participation in research and to valorise cultural heritage in general. Platforms are never neutral, whether they are created by amateurs or by institutions and research centres. It is essential to understand how they work, as well as to experiment with forms of convergence between the two models (amateur and institutional), in order to conceive collaborative platforms as facilitators of dialogue between social actors.

The second article (by Roberto Bianchi) is dedicated to Wikipedia — the collaborative platform par excellence — and its relationship with historians. While professional historians have yet to contribute to the online encyclopaedia, there is growing interest in how history is presented in its pages. The reasons for this controversial relationship include the lack of acceptance of Wikipedia’s  “five pillars,” but also the objective difficulties encountered by historians when analysing entries.

The third and last contribution, by Marcello Ravveduto, deals with a very famous social network, Facebook, from the perspective of using history and historiographical writing. Facebook is a perfect natural collector of historical sources. As such, it constantly suggests that its users re-proposition their memories in what amounts to flattening the past in the present. At the same time, it invites them to comment on, as well as collaboratively and spontaneously archive sources, thus creating collaborative re-readings of history.

[1] See https://www.oldweather.org/ (last accessed 12 January 2022). Old Weather volunteers explore, mark, and transcribe historic ship’s logs from the 19th and early 20th centuries in order to help the research of climate scientists.
[2] Professionals and amateurs.
[3] The fundamental principles of Wikipedia may be summarized in five “pillars” (principles): 1) Wikipedia is an encyclopedia; 2) it is written from a neutral point of view; 3) it is free content that anyone can use, edit, and distribute; 4) its editors should treat each other with respect and civility; 5) it has guidelines but no firm rules, See https://en.wikipedia.org/wiki/Wikipedia:Five_pillars (last accessed 12 January 2022).

Map of Atlantic Coast of North America from the Chesapeake Bay to Florida © 1630s, Joan Vingboons.

[1] See https://www.oldweather.org/ (last accessed 12 January 2022). Old Weather volunteers explore, mark, and transcribe historic ship’s logs from the 19th and early 20th centuries in order to help the research of climate scientists.
[2] Professionals and amateurs.
[3] The fundamental principles of Wikipedia may be summarized in five “pillars” (principles): 1) Wikipedia is an encyclopedia; 2) it is written from a neutral point of view; 3) it is free content that anyone can use, edit, and distribute; 4) its editors should treat each other with respect and civility; 5) it ha guidelines but no firm rules, See https://en.wikipedia.org/wiki/Wikipedia:Five_pillars (last accessed 12 January 2022).

Map of Atlantic Coast of North America from the Chesapeake Bay to Florida © 1630s, Joan Vingboons.