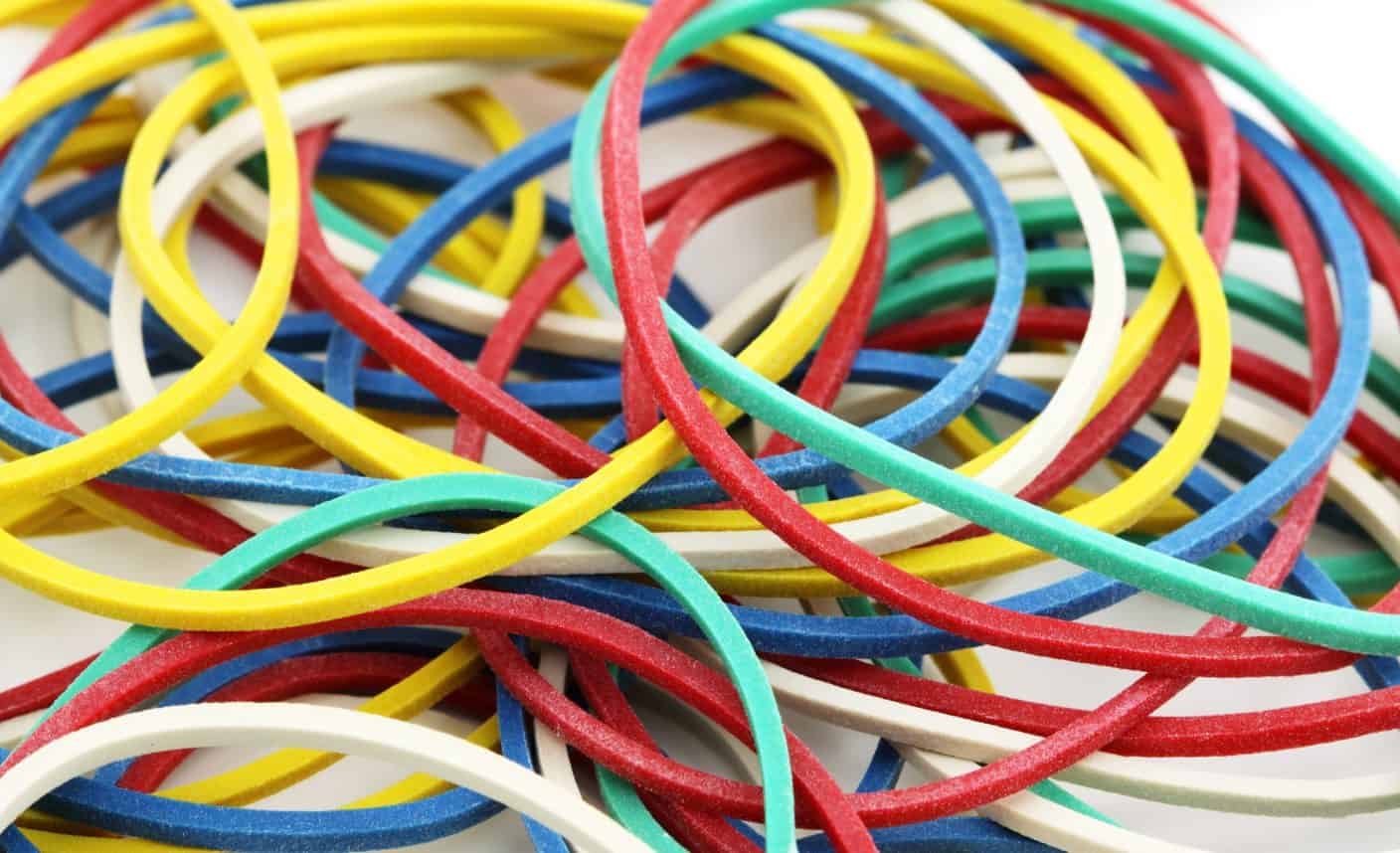 
History textbooks have always been changing. From textual narratives in the nineteenth century to the late twentieth century’s books filled with images, source documents and tasks. Now, in our postdigital twenty-first century, textbooks are moving online as apps and websites. But what happens to the content as textbooks’ materiality changes? I suggest here that textbooks are “elastic”. Like an elastic band, they pull the national(ist) past, which was once the reason to institutionalise history education, with them. First, textbooks pull on the curriculum. Second, textbooks pull linearity with them. Third, textbooks pull on monovocality. The piece concludes by noting some augmentations which may reshape the elastic band of national(ist) history.

History textbooks are elastic: they pull the past with them into the postdigital age, and this past is often a national or nationalist past. With postdigital, I am referring to the ways in which the digital and the physical/analogue/printed are interwoven in our daily lives.[1] The old distinctions between online and offline, real life and virtual life no longer make much sense. Even the most apparently unconnected people, who own no smartphones or computers, are connected to a global network of digital traces as soon as they have, for instance, a bank account.[2] The digital is no longer new; disruption is no longer surprising; digital technology is woven into the messiness of everyday life, sometimes as an unproblematic background, sometimes as a sharply felt lack, sometimes as an infuriating or joyful foreground.

For textbooks, this means the old distinctions between a “textbook”, thought of as a printed book, and “online materials”, “digital educational media” or “educational software” also cease to make sense. Today’s history textbooks are often printed books, hardcover in some countries, like glossy magazines in other countries. But today’s history textbooks are just as likely to be online PDFs, born digital e-books or interactive software packages. These digital textbooks are “text-“, with words and images, and they are “-books”, with electronically ordered chapters.

But what happens to the politics of historical knowledge as textbooks’ materiality changes? I suggest here that textbooks are “elastic”. Like an elastic band, stretching from today into the past, they pull the past into our postdigital world. Putting this metaphor of the elastic band to work highlights three ways that today’s print/digital textbooks pull traditional knowledge practices into our lives.

First, textbooks pull on the curriculum: The classic function of a textbook is to fill the curriculum of a single school subject with materials for teaching and learning. Authors turn short history curricula into lengthy textbooks. Despite curricular shifts from, e.g., an input to an output orientation, history curricula around the world remain deeply embedded in national narratives. National identity, nation building, national(ism) were among the prime motivations to institutionalise history education for all schoolchildren.[3] Stories of colonies and colonisers; stories of social and technological progress; stories of conflicts, wars and peace treaties. Even when these stories are embedded in global processes or local contexts, they continue to focus on the nation. As long as there are individual school subjects like history, there will be curricula for these individual subjects. And we will have elastic history textbooks which reproduce national history.

Second, textbooks pull linearity with them: Books with sections, chapters, headings and sub-headings invite us to read them in a linear fashion. Page 1 is followed by page 2. Authors struggle to fit complex, entangled histories – which contest the centrality of the nation – into the linear chapter structure. At the same time, databases arguably stand at the core of digital technology. Databases categorise in particular ways, and enable connections, layers and searches which are not possible with textbooks (yet).[4] Stories of linear progress in specific nations still – sometimes inadvertently, and despite textbook interventions such as the Schools History Project – dominate much history teaching. Students rework textbooks into causal narratives.[5] As long as history is primarily presented in textbooks through chapters, to be taught one step at a time, we will have elastic textbooks which reproduce nationally-situated linear narratives.

Third, textbooks pull on monovocality: In many parts of the world, authors and textbook developers aim to include multiple perspectives. Yet the perspectives included are often from diverse privileged voices, rather than radically different voices from agonistic societal positions.[6] Unlike printed textbooks, digital textbooks are not limited by space (they will not become too heavy). They do not need to use an age-appropriate font size (since users can zoom in and out) nor a maximum number of words per page (users can scroll up and down). Where printed textbooks include, for instance, two historical source documents, digital textbooks could include 20 or more documents, and ask students to swipe through them to select two to read. However, as long as we have limited selections of whose perspective is included, we will have elastic textbooks that reproduce dominant historical narratives.

Can different forms of materiality pull apart the elastic band or rework it into novel shapes? One way may be to augment textbooks. Responding to the problem that only 11% of the stories US history textbooks are about women, Daughters of the Evolution produced “Lessons in Herstory”, an augmented reality (AR) app.[7] Users hold their smartphone over history textbook images of a powerful man and the app shows related history about a powerful woman. AR could ease the path to, for instance, using today’s textbooks for Lessons in Entangled History or Lessons in Decolonial History.

Games are often lauded for their motivational effects, their power to engage students’ emotions, or the difference it makes in a history classroom when students play computer games instead of working with texts. But perhaps a key reason for teaching and learning with games is to reshape the elastic band, by dissociating traditional knowledge practices and reassociating other knowledge practices in history education.[8] 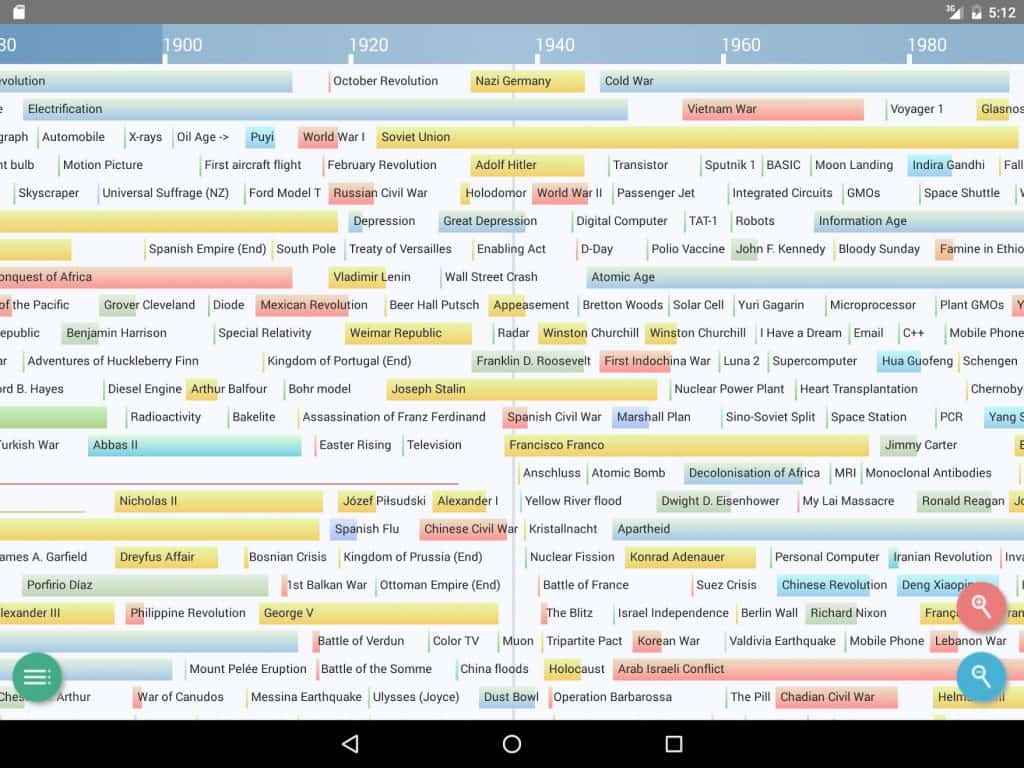 Similarly, apps offering a data overload, such as “History Timeline”, show multiple entries for world history and thereby entangle the histories of science, art, literature, nations, leaders, wars, philosophy and music.[9] Integrating this sort of data I imagine the next step for history textbooks. The “text-” remains text and the “-book” is still a book, but more akin to Mark Z. Danielewski’s House of Leaves than a regular chapter-structured book.[10]

I have argued here that the materiality of textbooks – whether printed or digital – invites an elastic connection to the national(ist) past of teaching history. I am not suggesting that authors or developers intend this. Despite their valiant attempts to change the ways textbooks make history available to students, whether by including postcolonial reflections or orienting to competences, the materiality of the elastic band has its own agency. Similarly, AR or networked technologies might break or reshape the elastic band, but they might only stretch it further.

Ethnographic research on students’ use of textbooks, however, has shown quite clearly that their interpretations invariably exceed authors’ or developers’ expectations. Sometimes they make national narratives out of decolonial texts; other times they critically deconstruct the most national of textbook materials.[11] While trying to avoid making students into the innocent heroes of classroom practices, this research has observed how students are constantly working at the elastic band, in multiple, contradictory and innovative ways.[12] I look forward to seeing what they make of AR or entangled timelines.

« Fake News, Conspiracy Theories and Textbooks
Whose History Do We Tell in Public? »