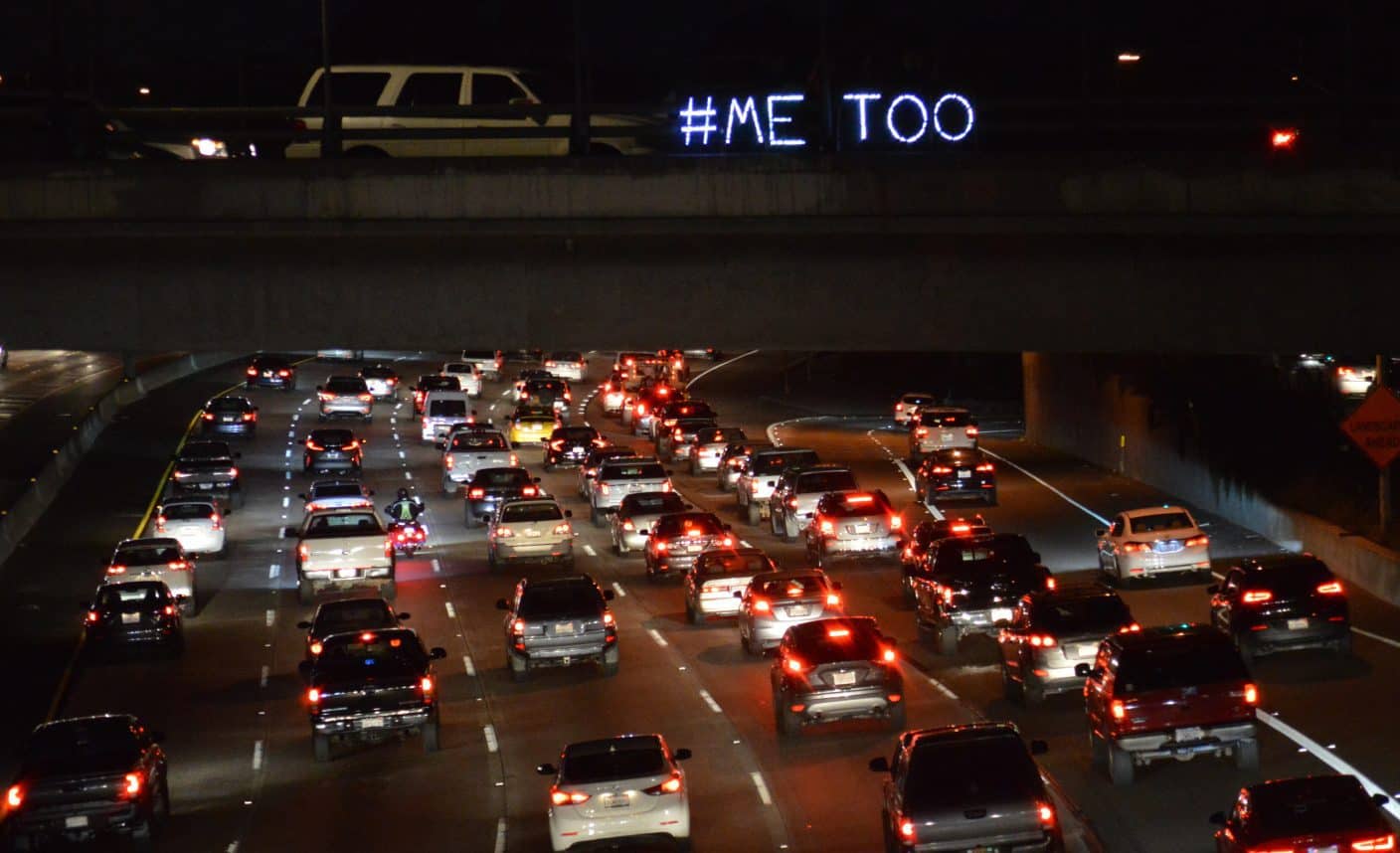 Please, read part 1 of the argument.

Abstract: #Metoo: Interestingly, apart from a few exceptions, we’re not hearing anything related to Western religion, dominant culture, values. The audience is seemingly perplexed because the Weinsteins and Fritzchen Schmitzens are not “they”. They are not the ‘others’, the ‘savages’, the ‘uncivilized’ or the ‘patriarchally socialized men from North Africa’. They are us. How do we deal with this in a differentiated, nuanced way?
DOI: dx.doi.org/10.1515/phw-2018-11099.
Languages: English, Deutsch


#Metoo: Interestingly, apart from a few exceptions, we’re not hearing anything related to Western religion, dominant culture, values. The audience is seemingly perplexed because the Weinsteins and Fritzchen Schmitzens are not “they”. They are not the ‘others’, the ‘savages’, the ‘uncivilized’ or the ‘patriarchally socialized men from North Africa’. They are us. How do we deal with this in a differentiated, nuanced way?

Decades Spent Under a Rock?

The metoo debate in 2017 began, as is well known, when sexual assaults on actresses by Hollywood producer Harvey Weinstein came to public awareness. Under the hashtag #metoo, and thanks to the Twitter-turbo, hundreds of thousands of women came forward: they posted their experiences of sexual harassment, of assaults, and sometimes of sexualized violence. Some of them were celebrities, but to a large extent they were ‘the normal women’ like you and me. All of them, all of us, reported of partly forgotten, amusing or embarrassing, from terrible to traumatizing experiences with gropers in public, with men showing us their genitals unsolicitedly, and / or masturbating next to us on the bus; experiences with date-rape drugs in clubs, with suggestive remarks at the conference dinner, and so on and so forth.

Gradually, some men also came forward with their humiliating experiences of sexual harassment. The sexualized violence done to women by men has been well-articulated in feminist activism and in gender studies, it’s been researched for decades. But the sexualized violence against men and boys is less known and less researched. On the other hand, in recent years many ‘scandals’ at boarding schools, in clubs or in male institutions like the military, choirs or fraternities, have sparked broad attention. What is positively striking about the #metoo-debate as a whole, is that the undoubted ubiquity[1] of sexualized violence becomes clear: We see how it is part of the daily lives of the vast majority of women and also of many children and men. Worldwide. Across the board. In all areas, in all religious communities and also among atheists, among the left and right political spectrum, affecting all ages.

Anyone who was or is astonished or annoyed by this has spent the last few decades either under a rock or simply does not want to admit it. Incidentally, all studies on the subject point to the endemic extent of sexual violence and sexual assault and this has been the case for decades. Since the 1970s, a second wave women’s movement has hardly addressed anything as much as (sexualized) violence against women.[2] Thus, neither here, nor in the US, is this discussion about sexism happening for the first time, pointing out its connection to sexism, i.e. the inappropriate, contextually misplaced and power-saturated treatment of people as a sexualized gender.

A Permanent Fight for Dignity

Interestingly, apart from a few exceptions of those who want to belittle or sweep the problem under the carpet, we hardly hear anything about Western religion, dominant culture, values. The audience is seemingly perplexed because the Weinsteins and Fritzchen Schmitzens, the Pinchers (Tory in the British Commons) and Gonzáles of this world, who have been and are outed by Lieschen Müller to Gwyneth Paltrow for their inappropriate sexualizations are just not “they”. They are not the ‘others’, the ‘savages’, the ‘uncivilized’ or ‘patriarchally socialized men from North Africa’. They are us.

Unlike after the New Year’s Eve incident in Cologne 2015/16, the combination of power and sexuality cannot be dismissed by racist resentments, while ultimately leaving the elephant in the room. This impossibility is a great opportunity. And, actually, that is how the debate has been conducted to a large extent: as awareness and recognition – at least! – of the fact that we live in sexist structures worldwide. That for the vast majority of women in the world, the public and also the professional sphere is a permanent fight for dignity, sometimes also for physical integrity. Coupled with empirically well-founded concerns – that are nevertheless not taken seriously – is the reversal of the perpetrator and the victim, the latter of whom is held responsible for what others do to her.

However, it is important to not lump everything together. The debate around sexual violence must avoid some pitfalls for it to be productive and sustainable. This might also prove relevant for historical research and/or educational work within history.

First, we must (finally) understand that sexualized violence or sexism does not equal sexual intimacy in and of itself. Sexual assaults – unwanted and misplaced groping, uninvited exposing of genitals, sexually suggestive remarks at the workplace, exploiting power relations e.g. in professional settings – is not about what people like to do when the situation is right for everyone involved (‘in bed’). It is also not about denying the connection between sexuality and interpersonal power. We have been thinking about this and its significance for the Modern Age since de Sade, incidentally, feminism too, and mainly, if amidst much controversy, with a lot of fun, exciting insights, or at least, good intentions.[3]

Rather, #metoo is about the problematization and condemnation of coercion, assault, and violence exerted by means of sexualization. Interestingly, some defense reactions to the #metoo campaign and its concerns that are occasionally voiced as an attack on the free will of lust follow a renewed pattern of sexualization. What kind of a dirty mind do you have to have, paired with self-righteousness and chutzpah, to see a comeback of the ‘prude 50s’ or a moral panic? What is so unbearable about the fact that people in structurally weaker positions – disproportionately women, but also men and children – now finally (but also frustratingly anew: boarding schools, clubs, women’s shelters, Tahir Square, Nunca Más, Niunaménos, … etc.) share their experiences en masse with people who, structurally, have the longer end of the stick? People who for their part do not want to distinguish between sexuality and power display beyond consensus? What is it that threatens eroticism or desire so much? Everyone is encouraged, if not obliged to think about this.

Second, it is crucial to distinguish between sexism, sexual coercion, sexual assault and sexual violence. Even though this may not be easy even legally, it is by all means necessary. Such nuance will not be achieved without the experiences of those affected. The specific modern logic of subjugating ‘the Other’ to the hegemonic (rational) subject and the inherent naturalization and consequent devaluation of that Other may connect the diverse forms of sexism,[4] – but they still are not all the same. In fact, while it is absolutely acceptable to be critical if someone makes stupid remarks or comments about the look rather than the expertise of a female politician in public, and while such comments are telling regarding social notions of gender, such comments still are not the same as physical assaults or even violence – neither for perpetrators, nor for victims, and also not for our legal or cultural framings. Not every word equals a bad deed or should lead to legal consequences.

Meanwhile, it is wise to stay open-minded: words can in fact equal bad deeds, they do have a potential and a potentially causal – but not a coercive – connection with e.g. physical acts. Likewise, not every use of violence has always been ‘bad’ or has had legal consequences. Recall that rape as a criminal offence within marriage came into the Criminal Code in 1997, when paragraph 177 was introduced. Only in 1997? Yes. And the debate over its introduction is highly revealing even today.[5]

With #metoo, as with so many political articulations, it is important to remain attentive and open to the suffering of those who are harmed by words and deeds, and especially to the suffering that may not be immediately obvious. The task that #metoo presents to us all is to see and show that sexualized violence and sexism are connected, and are both ubiquitous and context specific. That is what is needed, not more, but also not less. It would already be a big step forward. A step, I believe, we are actually able to take. The feel-good – because of its Christmas theme – yet thought-provoking history-film “The Glassblower” has done a rather good job in helping us take this step, despite its uneasy ambivalence.