The Whig Tradition and Commonwealth History 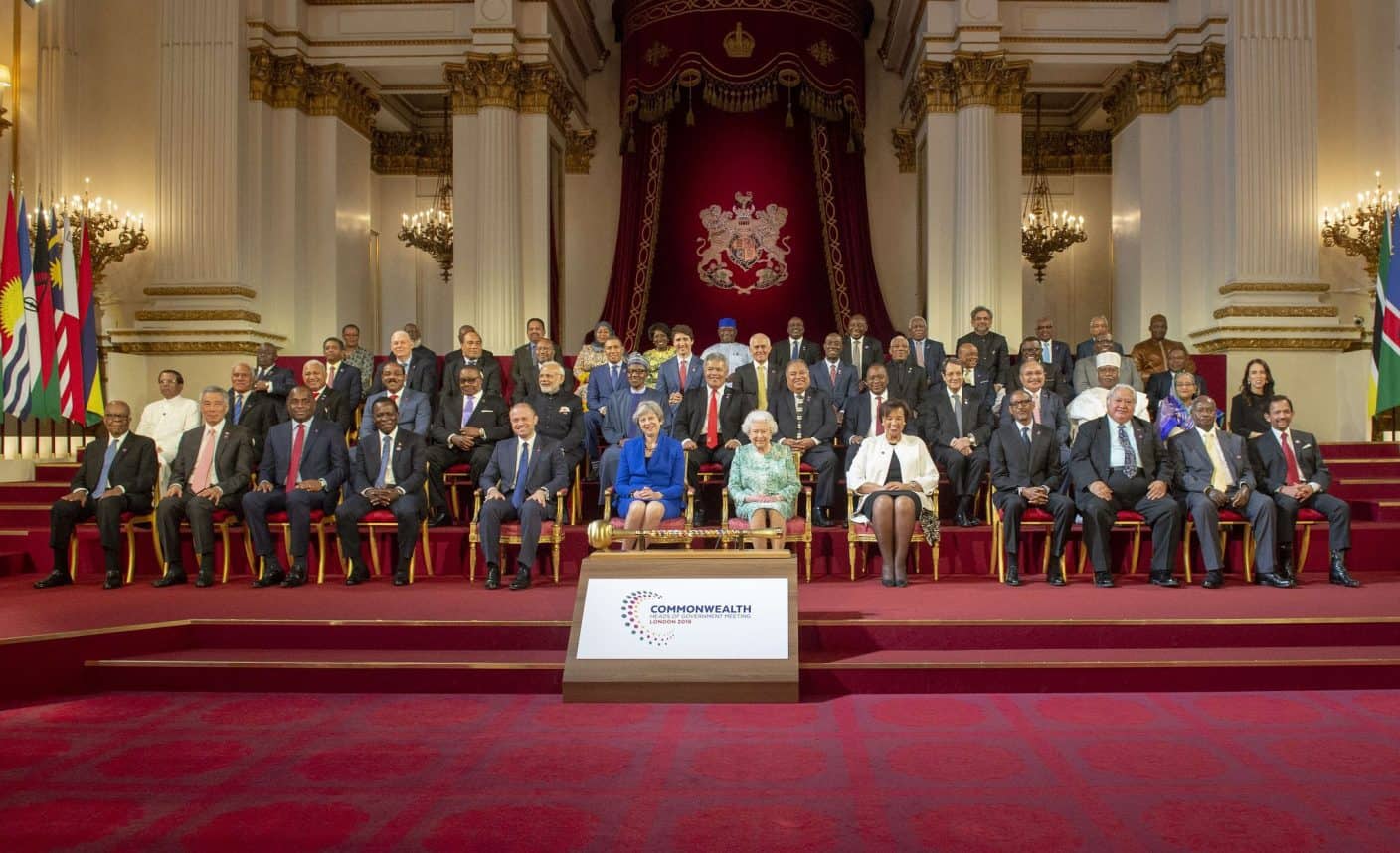 Abstract: It is not easy to disentangle British history from that of the Commonwealth of Nations, but a different way of looking at both is needed in order to get to the position where what is being considered is not so much what Britain has done to the Commonwealth, but what the Commonwealth itself has decided should be the nature of its own fate. What is remarkable is the voluntary appropriation of what is to all intents and purposes a Whig manifesto as the Commonwealth’s own Charter. Despite the Charter’s shortcomings, ably examined by Philip Murphy,[1] its affirmation of the crucial Harare Declaration, 1991, demonstrates that it is the latest manifestation of the values and principles which form the basis for whether membership is enjoyed or withdrawn. These decisions are made not by the British government, but by one of the Commonwealth’s own sub-committees, the Commonwealth Ministerial Action Group (CMAG).
DOI: dx.doi.org/10.1515/phw-2018-12617.
Languages: English, Deutsch


It is not easy to disentangle British history from that of the Commonwealth of Nations, but a different way of looking at both is needed in order to get to the position where what is being considered is not so much what Britain has done to the Commonwealth, but what the Commonwealth itself has decided should be the nature of its own fate. What is remarkable is the voluntary appropriation of what is to all intents and purposes a Whig manifesto as the Commonwealth’s own Charter. Despite the Charter’s shortcomings, ably examined by Philip Murphy,[1] its affirmation of the crucial Harare Declaration, 1991, demonstrates that it is the latest manifestation of the values and principles which form the basis for whether membership is enjoyed or withdrawn. These decisions are made not by the British government, but by one of the Commonwealth’s own sub-committees, the Commonwealth Ministerial Action Group (CMAG).

A Different View of Commonwealth History

When it was decided to discuss the suspension of the Maldives in October 2016 the nine-person CMAG membership consisted of Cyprus, Guyana, Kenya, India, Malta, Namibia, New Zealand, Pakistan and the Solomon Islands. Murphy’s criticism centres around the decision to go ahead with the 2013 CHOGM (Commonwealth Heads of Government Meeting) in Sri Lanka, which itself had fallen short of the Charter’s values and principles.[2]

It is perhaps ironical that the basis for much of the CMAG’s decision-making is taken from the Harare Declaration which laid out, as Daruwala and Srivastava state,

“these Commonwealth values [which] include democracy, democratic processes and institutions which reflect national circumstances, the rule of law and the independence of the judiciary, just and honest government; [and] fundamental human rights, including equal rights and opportunities for all citizens regardless of race, colour, creed or political belief”.[3]

Harare (Zimbabwe) had been the venue for the 1991 CHOGM.

The Role of CMAG in Suspending Membership

Crucial to the continuation of membership is evidence of internal politics that includes space for opposition and a multi-party system. Those jurisdictions where opposition is suppressed (e.g. if there is a military coup followed by a dictatorship) or where election results or judicial processes are tampered with, risk suspension. This has happened in several recent cases (suspension or leaving dates, voluntary or enforced, are given in brackets): South Africa (withdrew 1961, rejoined 1994); Pakistan (withdrew 1972, rejoined in 1989; 1999-2004; 2007-2008); Zimbabwe (from 2002; withdrew 2003); Nigeria (1995-1999); Fiji (1987-1997; partial suspension 2006-2009; full 2009-2014); Gambia (2013-2018); the Maldives (withdrew from 2016). It seems remarkable, but perhaps not unsurprising, that countries like Mozambique and Rwanda (which joined in 2009), with no history of involvement in the British Empire, but which had experienced in one case a costly war associated with the fall-out from decolonisation, and in the other the worst aspects of genocidal ethnic cleansing, would voluntarily seek to join the Commonwealth. Like Mozambique, Cameroon joined in 1995, but still has unresolved tensions between its different regions, corresponding broadly with its French- and English-speaking areas.[4]

Historians and the Whig Tradition

It is ironical that Herbert Butterfield’s critique, The Whig Interpretation of History, was published in 1931,[5] the same year as the Statute of Westminster. This statute confirmed the devolution of decision-making powers to the parliaments of the dominions. In those days the British Empire consisted of dominions (Australia, Canada, Newfoundland, New Zealand, Ireland and South Africa) and dozens of colonies. Also, a factor noted by E.H.Carr,[6] is that Butterfield’s work pre-dated the Nazi fascist regime, and was published before the full extent of the horrors of the different brands of Nazi and Soviet totalitarianism became known. In 1944, no doubt bearing in mind the intervening years, he would provide a gloss to his former work by distinguishing between the Whig interpretation, which had to him smacked of sloppy historiographical process, and the Whig tradition which when applied to British history still had some significance, especially in the light of what Butterfield perceived to be the imperatives driving the course of the war.[7]

Nevertheless, the sense of British progress which had characterised the Whig interpretation was severely disrupted by the overwhelming losses and sheer bloodshed of the First World War. In a world where empires and imperial structures were clashing then failing, the British Empire continued, although clearly not without challenges, notably from Mohandas Gandhi in India. Nevertheless, Whig historians like G.M.Trevelyan, writing in 1934[8]– a section that David Cannadine in his biography of Trevelyan singles out as the best definition of the Whig interpretation[9] – could still see a sharp difference between key aspects of the British way and contemporary developments in Europe.[10]

Of course the contribution of the British Empire to both the First and Second World Wars was massive. This has recently been re-examined by Yasmin Khan in The Raj at War.[11] Then there was the price which had to be paid for American involvement, as set out in the Atlantic Charter from 14 August 1941. This was reluctantly agreed by Winston Churchill, and the Charter actively anticipated a plan for the independence of British colonies. When activists, mainly from the African and Caribbean colonies, including some future heads of state like Kwame Nkrumah (Ghana), Jomo Kenyatta (Kenya) and Hastings Kamuzu Banda (Malawi), met at the Fifth Pan-African Congress in Manchester in October 1945, the promises of the Atlantic Charter were very much on the agenda. As a landmark event in the histories of several African and Caribbean states, the importance of this Congress cannot be underestimated (see Adi and Sherwood with Padmore, 1995).[12] Ghana would gain independence in 1957, Trinidad and Tobago (home of George Padmore) in 1962, Kenya in 1963, and Malawi in 1964. But all of these jurisdictions joined the Commonwealth at the same time as gaining independence.

Another event which is worth noting is the work of the Reid Commission (1956-1957)[13] in drafting the Constitution of Malaya. Notable here is the involvement of constitutional expert Sir William Ivor Jennings, who also advised D. S. Senanayake in drafting the Constitution of Ceylon (later Sri Lanka). Jennings’ work has recently been the subject of research by H. Kumarasingham and others.[14]

The apparently voluntary appropriation of certain Whig principles by former colonial states whose leaders had often been radicals, and the subsequent development of a collective political self-awareness is a historical factor that has probably not been fully recognised. It might also be claimed that the eliding of British and post-colonial or Commonwealth history is largely a missing paradigm.[15]

Almost the last word will go to former US Secretary of State, Madeleine Albright, who (with Bill Woodward) writes: “With help from its friends, however, democracy can almost always be repaired, then made better”.[16] This would of course apply equally to the UK itself, as one of the sixteen Commonwealth realms, but essentially its centrifugal force, bearing in mind that the Windrush scandal emerged in (nearly) all its painful detail while the London CHOGM was still in session.[17]

_____________________
[1] Philip Murphy, The Empire’s New Clothes – The Myth of the Commonwealth (London: Hurst & Company, 2018), 143-161.
[2] CMAG was established in November 1995 at Millbrook Resort, in Queenstown, New Zealand, as a result of the Millbrook Commonwealth Action Programme, to punish serious or persistent violations of the Harare Declaration. The next set of CMAG members after October 2016 were foreign ministers from: Kenya (Chair), Australia (Vice-Chair), Barbados, Belize, Ghana, Malaysia, Namibia, Samoa and the United Kingdom. The UK is there because it provides the extant Commonwealth Chairperson-in-office. The Harare Declaration was reinforced at the CMAG meeting held in the Republic of Trinidad & Tobago, 27-29 November 2009 by the Affirmation of Commonwealth Values and Principles.
[3] Maja Daruwala und Devyani Srivastava, “The Maldives, CMAG and the Commonwealth: A perspective,“ in The Round Table – The Commonwealth Journal of International Affairs 7 (October 2016): https://www.commonwealthroundtable.co.uk/journal/ (last accessed 25 September 2018).
[4]The re-admission of The Gambia into the Commonwealth in 2018 followed (a) United Nations Security Council Resolution 2337 to restore democracy in The Gambia; and (b) military intervention in January 2017 by ECOWAS. The military occupation is scheduled to continue until 2022.
[5] Herbert Butterfield, The Whig Interpretation of History (London: G.Bell, 1931).
[6] Edward Hallet Carr, What is History? The George Macaulay Trevelyan Lectures delivered in the University of Cambridge, January-March, 1961 (London: Macmillan, 1961).
[7] Herbert Butterfield, The Englishman and his History (Cambridge: Cambridge University Press, 1944).
[8] George Macaulay Trevelyan, England under Queen Anne: The Peace and the Protestant Succession (London: Longman, 1934).
[9] David Cannadine, G.M.Trevelyan – A Life in History (London: HarperCollins, 1992).
[10] Trevelyan wrote about the reign of Queen Anne (1702-1714) and subsequent years: ‘The establishment of liberty was not the result of the complete triumph of any one party in the State. It was the result of the balance of political parties and religious states, compelled to tolerate one another, until toleration became a habit of the national mind’ (321). He adds another feature of this situation: ‘… and a constant respect for the latent power of political opponents, who were fellow subjects …’ (321). This was not just about the rule of law, which would later become one of the sixteen sub-sections of the Charter of the Commonwealth, but also about achieving modifications in the law and settling differences not by violence but by parliamentary modification.
[11] Yasmin Khan, The Raj at War (London: The Bodley Head, 2015).
[12] The first session was presided over by W.E.B. DuBois, and combined the drive for decolonisation with a radical agenda and a strong commitment to socialist and even Marxist principles.
[13] “Report of the Federation of Malaya Constitutional Commission, 1957“ (London: Her Majesty’s Stationery Office, 1957), Colonial No. 330.
[14] Harshan Kumarasingham, ed., Constitution Maker: Select Writings of Sir Ivor Jennings, (Camden 5 Series, Volume 46) (Cambridge: Cambridge University Press, 2015) and Harshan Kumarasingham, ed., Constitution-Making in Asia – Decolonisation and State-building in the aftermath of the British Empire (London: Routledge, 2016).
[15] The work of Philip Murphy (2012, 2018) to some extent links British and Commonwealth history. It exhibits a highly critical stance towards the Commonwealth as an institution and the political developments of its component states since its transformation in the late 1940s, while nevertheless seeking to provide evidence of the often difficult relationship between British political and diplomatic institutions and the various manifestations of the Commonwealth itself.
[16] Madeleine Albright, Fascism – A Warning (London: William Collins, 2018), 109.
[17] Estelle Shirbon, “May apologises to Caribbean countries for UK treatment of post-war migrants,“ Reuters (17 April 2018). https://uk.reuters.com/may-apologises-to-caribbean(last accessed 25 September 2018).