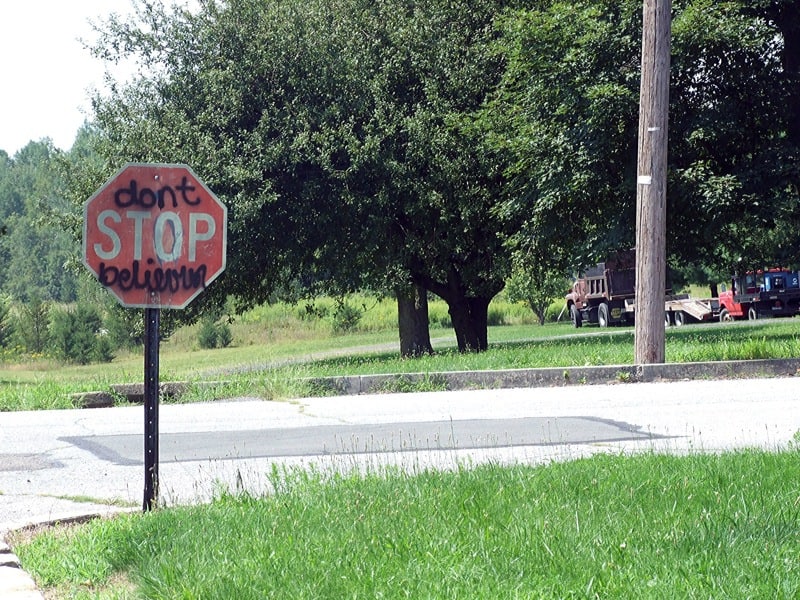 Abstract: Paul Feyerabend’s essay “Against method” (1975) is rarely mentioned when scientists try to contextualise and justify their research projects. Or at least I have never come across this piece as a positive reference in a proposal submitted to me for review nor have I ever heard it referred to positively in a talk. Well, except if the writer or speaker is intent on making a difference, polemically of course. Along lines such as these: No! Of course our outstanding study doesn’t believe that “anything goes”, but adheres instead to correct methodological awareness! Here order prevails, so please just disburse those third-party funds, if you wouldn’t mind!
DOI: dx.doi.org/10.1515/phw-2018-12517
Languages: English, German


Paul Feyerabend’s essay “Against method” (1975) is rarely mentioned when scientists try to contextualise and justify their research projects. Or at least I have never come across this piece as a positive reference in a proposal submitted to me for review nor have I ever heard it referred to positively in a talk. Well, except if the writer or speaker is intent on making a difference, polemically of course. Along lines such as these: No! Of course our outstanding study doesn’t believe that “anything goes”, but adheres instead to correct methodological awareness! Here order prevails, so please just disburse those third-party funds, if you wouldn’t mind!

“So there is no clear difference between myths and scientific theories. Science is one of the many forms of life that humans have developed, and not necessarily the best. It is loud, cheeky, expensive and striking. But in principle it is superior only in the eyes of those who have already taken a certain position or who accept the sciences without ever having tested their merits and weaknesses.”[1]

No wonder that Feyerabend’s essay, which first version appeared in English in 1970 and was hugely successful in its time,[2] is taken off the bookshelves of university libraries merely for introductions to epistemology, as the vast number of student papers found online reveals. The reason is that Feyerabend, beyond his epistemology, presents himself in “Against method” as a “epistemological anarchist” or even as a “Dadaist”[3] and even pleads for a new laicism, a separation of science and state.[4] Well, it could be argued that the purportedly neo-liberal idea of withdrawing basic funding from higher education might even hold out the promise of fulfiling Feyerabend’s anarchistic wish, as a late ironic nemesis. That, however, is certainly not what the university professor wished for, as it would have made both him and his existence impossible.

And, of course, while none of us would like to be associated with this argument, it is still worth pursuing Feyerabend’s approach a bit further.

We Are All in the Same Boat

First of all, Feyerabend’s idea that “science [is] one of the many forms of life that humans have developed…” is actually a cultural anthropological perspective, applied here with the greatest consistency to scientists themselves. We are “missionaries in a rowing boat,” to quote Bernard S. Cohn,[5] even if we are talking about missionaries in a rowing boat. Our culturality is the evil hedgehog that is hounding the eager (project) bunny to its death. As idiots, true to the word’s Latin etymology, we have always been right there before arriving at our ideas, techniques, theories, and first and foremost our questions, which we direct towards real-world phenomena by making them objects of investigation. That is to say, and this is where the strands of cultural anthropology and hermeneutics converge, as inhabitants of culture we always live in a complex system of tradition, in a Gadamerian history of effect (or so-called effective history),[6] before even conceiving a project and, of course, while carrying it out and interpreting its results.

As researchers, equipped with cognitive faculties and interests, we inhabit several worlds at one and the same time.[7] Feyerabend highlights two key facts: that these worlds interact and that our underlying assumption, that we can now control the fundamental cultural contingency of our gaze with three or four methodological standards, an impressive vocabulary and some formulaic hocus pocus, is ultimately naïve. One of Feyerabend’s targets are those scientists who, not even aware of the powerful conditional objectivity of (their) methodological standards, are drawn into a space filled with self-referentiality and a very diminished relevance for other worlds, in which they live and to which they are sometimes still accountable. Science qua research business in closed rooms.[8]

There is no easy way out of this problem: on festive occasions, one remembers the productive aporia of the hermeneutic circle, and praises reflexivity and deliberations on giving feedback. But, then, of course, to avoid one’s own loss of reputation, one takes care to appear capable of establishing networks, nationally and internationally, to persuade the keepers of the grail, the guardians of the established standards, the third-party funding experts of one’s worthiness. This results in the system-immanent double standards of festival and everyday life, of which this contribution is itself also part. Could it be any different? In any case, Feyerabend advances a simple proposal to resolve this dilemma, namely his assertion, widely supported by the history of science, that Anything goes.

And yet this plain and simple Anything goes in no way means what is meant by its transformation into a sarcastically construed cardboard character. It means neither frivolous arbitrariness, methodological randomness let alone casual standard ignorance. Rather, Feyerabend suggests that scientific progress, which not only served the comfort zone of mutual disciplinary recognition, but actually enabled new perspectives, inventions, discoveries and thought-provoking impulses, was based on its undermining of prevailing heuristic conventions. However, Thomas S. Kuhn had shown this as early as 1962.[9] Feyerabend, though, sharpens this point even further and inflects the epistemological consequences towards a scientific-ethical relativism that does not actually privilege any form of knowledge.[10]

If we take Feyerabend as a provocateur in his time and read him against the anarchist grain, then it is far from irrelevant, in the light of his Anything goes, how certain research methods are applied. Why not? Well, because collective experiences and disciplinary control instruments have led to error avoidance in the application of scientific methods. Just think of analytical statistics. In no way does Feyerabend contradict the rigour of exercising proven standards. The conventions of applying concrete methods only become problematic if they lead to heuristic limitations that can be explained only culturally, yet not technically.

So what exactly is this Anything goes? Put somewhat emphatically, it is “the only general principle that does not impede progress.”[11] It concerns the identification of scientific frames of reference with a certain corpus of methods, i.e. a specifically formed idea of appropriate procedures. “For every rule,” says Feyerabend, “no matter how ‘fundamental’ or ‘necessary’ it may be for science, there are circumstances under which it is advisable not only to disregard the rule, but to follow its opposite.”[12] As an epistemic maxim, therefore, Anything goes is aimed not at arbitrariness, but at a dominance of heuristics over methodology, of research questions over procedural conventions.

This piece can claim to be no more than a problem report, a reminder. In times of recurrent evaluations, parameter-controlled third-party funding balances and peer reviews for journals, edited volumes, application processes and project proposals, our academic practice does not lead me to believe that it allows very much candour.[13]

Some of the best graffiti I’ve ever seen, on a stop sign in Centralia, Pa. © Joseph Novak CC-BY 2.0 via Flickr.

Some of the best graffiti I’ve ever seen, on a stop sign in Centralia, Pa. © Joseph Novak CC-BY 2.0 via Flickr.

« On Listening II: The Inter-Academic
Removing the “Past”: Debates Over Official Sites of Memory »