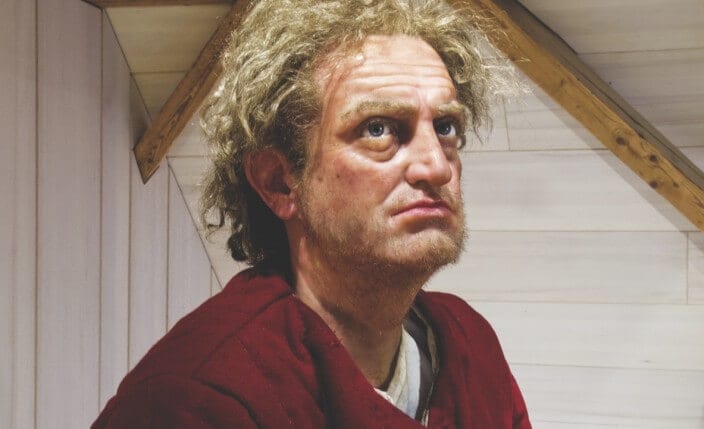 Abstract: Public History promotes social identity. It is, simultaneously, an opportunity, a danger and a challenge. In particular, actors in Public History are required to take into consideration the need for identification as well as the necessity for reflected dissociation.
DOI: dx.doi.org/10.1515/phw-2015-4410.
Languages: English, Deutsch


Public History promotes social identity. It is, simultaneously, an opportunity, a danger and a challenge. In particular, actors in Public History are required to take into consideration the need for identification as well as the necessity for reflected dissociation.

2015 is an anniversary year in Switzerland: In 1315, the Battle of Morgarten occurred. A force from Schwyz defeated the army of Habsburg knights under the command of Duke Leopold on the shores of Lake Ägeri. In 1415, the Swiss Confederates conquered the region of Aargau that was, at the time, still under Habsburg rule. In 1515, the Battle of Marignan took place. On the side of the Duchy of Milan, thousands of Swiss Confederates fought against the French King Francis I. They were devastatingly beaten. And, in 1815, the major European powers guaranteed Switzerland perpetual neutrality and its territorial integrity at the Congress of Vienna and in the second definitive Treaty of Paris. Back then, the national borders, which are still valid to this day, were set.[1]
Those currently involved in Swiss Public History are reminded of all of these events and other anniversaries in a number of ways. There is hardly a speech by a politician that does not use one of the anniversaries as a starting point or as an argument for conveying personal messages. Again and again, national identity is addressed, for example, in the speech given by Federal Councillor Ueli Maurer on the occasion of the Swiss National Day on August 1: “The lessons learnt from Morgarten, Marignan, the Congress of Vienna, or the “Rüetlirapport” (report on the Rüetli) originate from very different centuries. However, they are timeless. Being part of our common treasure of experiences, they have become a characteristic of our identity. Switzerland has oriented itself towards these lessons over a long period of time. And the country has done well. Our historical experiences have served as a compass to show the way towards the direction of freedom”.[2]

Problematic call for an affirmative view of history

Of course, these anniversaries also have an impact on the Swiss exhibition landscape. Thus, the National Museum in Zurich, as well as the Museum of Swiss Charters in Schwyz, or the town hall in Sempach, for example, deal with the history of the Swiss Confederations. In Sempach’s town hall, the attic is devoted to the Sempach War of 1386, when Swiss confederate soldiers from Lucerne, Uri, Schwyz and Unterwalden weakened Habsburg-Austria’s power, which was dominant in this region at the time, to the extent that it was unable to retain its dominion. The exhibition also particularly deals with the story of the national hero, William Tell, and the eventful memory culture of the battle of Sempach.
As was to be expected, some exhibitions triggered animated debates as to whether the events of history were adequately presented. However, the text by Kilian T. Elsasser, M.A. in Public History, published in the renowned “Nike Bulletin 3/2015”, which presents and criticizes various exhibitions about the history of the old Swiss Confederations, seems to be one-sided, abbreviated, and problematic to me. He writes: “The interpretation of the cultural heritage can be challenging but it should, as is the case at the Swiss Nation Museum Zurich or at the Forum of Swiss History in Schwyz, convey an affirmative view. Museums that preserve and show important aspects of the cultural heritage of Switzerland need to form identities through their interpretations of history.”[3]

There is no doubt that history has an identity-forming effect at both an individual as well as at a collective level. As Jörn Rüsen puts it in his latest publication, “Historik” (Historics): “Forming identities is thus one of the most important if not the most important function of historical thinking in the practical life of its time”.[4] All of us define ourselves on the basis of our experiences, events, and encounters with other people, and we look for characteristics that, to some extent, reliably characterize us, despite dynamic changes. This is a permanent balancing act. How can we manage to cope with new things and remain loyal to ourselves at the same time?
Anybody who closely follows history, history teaching, or Public History quickly recognizes that attempts have been repeatedly made to make people adopt desired identities. The “reference parameters of the desired collective identities (confession, dynasty, individual state, nation, race or class)”[5] and the targeted attitudes of individuals (freedom, obedience, equality, personal initiative, etc.) have, however, changed but, time and time again, individuals, groups, and states, exploit history for the purpose of gaining power.

History in a pluralistic society

Of course, exhibition makers, politicians, as well as history teachers should provide accounts, or narratives, to which visitors, citizens, and students can respond: “Yes, I like that and it makes sense to me. That’s the way I would also like to act. That suits me.”[6] This would then probably correspond to what Elsasser means by “an affirmative view”. But a narrative that sets norms must not remain the only one provided, neither in Public History nor in history teaching. Open societies and responsible conveyance of history are characterized by the fact that different interpretations are made possible. Not “one single affirmative view” is conveyed; instead, plausible views are provided that the users weigh up, compare, and from which they draw their conclusions. To this end, critical thinking is needed. Responsible providers of Public History assume that users are willing and able to think independently and critically, and they promote this kind of critical thinking with their contributions.

Two figurines in the attic of the town hall in Sempach illustrate the new power constellation after the battle of Sempach in 1386: The townsmen and Swiss confederates mount, the knights dismount and are seated. The seated figurine depicted presented here shows the Habsburg ministerial representative Hemmann von Rinach. He was the only one of his family who survived the battle. Like what happened to many knightly dynasties, the decisive battle at Sempach turned out to be a catastrophe and turning point for the Rinach family: many dead, castles destroyed and not rebuilt, manors eventually sold.
Figurine: Provided by Atelier Marcel Nyffenegger, Flurlingen ZH. Picture credit: Photography by Charlotte Walker, wapico © Town hall of Sempach.