Big History: Can life go on without a meta-narrative? 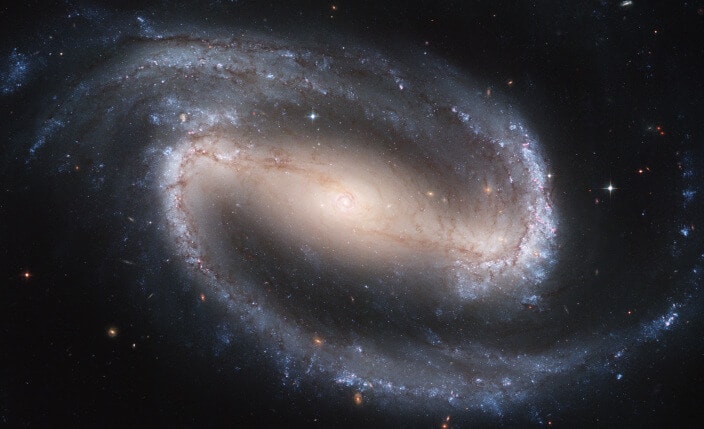 Abstract: There is something attractive about ‘Big History’, David Christian’s approach to teaching the past. If World History is understood as an attempt to know the past beyond national categories, Big History seeks to understand the past at time scales that stretch from the human to the cosmic.[1] Its advocates refer to it as “the scientific creation story, from the big bang to the present”[2], and, as reported recently in The New York Times, it has gained a powerful ally in Bill Gates, who hopes to see Big History courses in schools.[3] But in its ‘coherent’ and ‘unified’ narrative of the past, does Big History lose sight of History?
DOI: dx.doi.org/10.1515/phw-2014-2727.
Languages: English, Deutsch

There is something attractive about ‘Big History’, David Christian’s approach to teaching the past. If World History is understood as an attempt to know the past beyond national categories, Big History seeks to understand the past at time scales that stretch from the human to the cosmic.[1] Its advocates refer to it as “the scientific creation story, from the big bang to the present”[2], and, as reported recently in The New York Times, it has gained a powerful ally in Bill Gates, who hopes to see Big History courses in schools.[3] But in its ‘coherent’ and ‘unified’ narrative of the past, does Big History lose sight of History?

The big ambitions of Big History

David Christian coined the term ‘Big History’ while teaching an interdisciplinary course at an Australian university that synthesised natural and human history. According to Christian, Big History surveys the past at the largest possible scales, owing an acknowledged debt to the French Annales School of historiography and its concept of the longue durée.[4] Big History draws on insights from a range of scientific fields (including physics, cosmology, evolutionary biology, anthropology, climatology, etc.) in order to present a comprehensive account of the past. It parallels World History, in offering a vision of the past that is presented as an antidote to history as a national or ‘tribal’ story.[5] Advocates seek escape from history as a series of ‘fragmented’ narratives, by offering a grand unified vision of the past, present, and future. Operating at multiple geographic and temporal scales, Big History seeks patterns in the past, following Durkheim in the desire to understand life in the whole, and not in its parts.[6] Big History is presented as a coherent story of life and the universe; drawing together an ambitious synthesis of current knowledge in the natural and human sciences to provide maps of life within which ‘modern people’ can find their bearings in space and time. Its increasing popularity may be because it provides a big-picture view (new master narrative) that can satisfy those disheartened with religion and a panacea for the crisis of confidence that can arise in the encounter with conflicting accounts of the past.

Matter of fact, where’s the interpretation?

As much as I am attracted to the idea of a history that can operate at multiple levels of scale, get beyond national mythologies, and invite serious interdisciplinary speculation, something bothers me about Big History. The grand timelines it offers are easily recognised as a form of periodization, albeit following time scales that are more typical of geologists and cosmologists rather than historians. Christian’s timeline has eight periods, aligned with the emergence of different levels of complexity in the universe. Along with scale, complexity is one of the selective metaphors that underpin his narrative; and the complexity thresholds function as a thematic architecture for producing the Big History narrative and its teleology. Recently, Sam Wineburg, Executive Director of the Stanford History Education Group, challenged Big History on its lack of engagement with the history discipline’s methodology (which focuses on the interpretation of texts).[7] Big History accounts of the past often underplay interpretation. In Cynthia Stokes Brown’s recent Big History book, there are seductive matter-of-fact accounts of the expanding universe, the emergence of humans, advanced hunting and gathering, agriculture, early cities, and industrialisation; and the author claims to have never “knowingly strayed into speculation”.[8] That is, she claims to have stayed with the known ‘facts’, seemingly ignoring the fact that narratives always involve selectivity in terms of the facts they marshal.[9] The Big History perspective is naturalised in the process. Big History’s epistemology demonstrates more kinship with the natural sciences than it does with the humanities.[10] Furedi has argued that its over-emphasis on a history of matter, at the expense of a history of humanity, can be read as an attack on human agency.[11] What we can be certain of is that when looking at history through such large-scale lenses, the conflicting perspectives of our neighbours will seem to have little meaning.

For Karl Popper, historicism represented an approach to the social sciences that assumes patterns, laws or trends can be discovered that underlie the evolution of history. In its seamless move from the natural science account of the distant past to its account of human social evolution, Big History claims the territory lost by Marxism (and other grand sociologies), and reveals itself as a new historicism. Popper believed historicism amounted to a misunderstanding of the scientific method. The way out of this problem was “to be clear about the necessity of adopting a point of view, to state this point of view plainly, and always to remain conscious that it is one among many”[12]. While Big History may acknowledge its large-scale point of view, it rarely seems to attend to the problems of interpretation. The consequence of this approach means that by reinstating a seductive, and largely uncontested story, history is taught as meta-narrative rather than as method.

A big ‘end of history’ for schools?

Undoubtedly, there is a place in history education for a big-picture view of the past, or for examining the past at varying levels of scale. I think Big History advocates are correct when they recognise the need for human beings to locate themselves in time and space. But is the only solution to this the construction of a meta-narrative? Must we locate ourselves in a single story of the past? There are dangers in presenting history as something that exists beyond the messy process of interpretation. Big History, as one narrative resource among many, has some exciting potentials. Big History, as a replacement school curriculum, risks misrepresenting the nature of history.