In Search of Narrative Plausibility 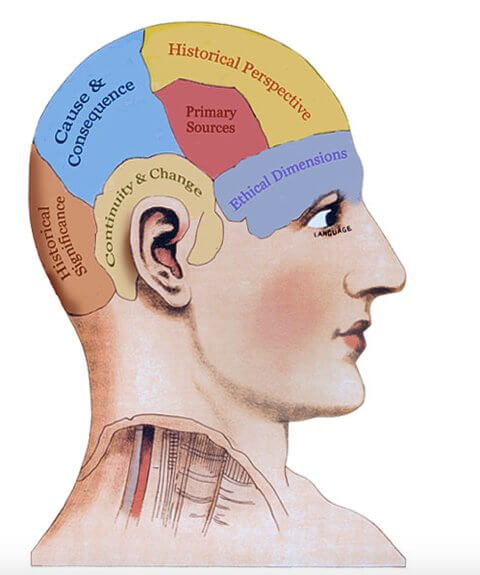 Abstract: The hand-wringing about narrative in history and fiction that followed Hayden White’s challenges to historiography is now largely over. What has replaced it is a broad consensus about three propositions. While putting certain issues to rest, this consensus raises a question: how shall we articulate a concept of plausibility of historical narratives as a way to assess their adequacy and to teach students to do so? Jörn Rüsen offers a starting point with his definition of ‘Triftigkeit’.
DOI: Krzysztof Ruchniewicz.
Languages: English, Deutsch


The hand-wringing about narrative in history and fiction that followed Hayden White’s challenges to historiography is now largely over. What has replaced it is a broad consensus about three propositions. While putting certain issues to rest, this consensus raises a question: how shall we articulate a concept of plausibility of historical narratives as a way to assess their adequacy and to teach students to do so? Jörn Rüsen offers a starting point with his definition of ‘Triftigkeit’.[1]

A Consensus on three Propositions

1) Historical narratives and the past itself are different kinds of things. Accordingly, a narrative’s “concordance” with “the past” is not a workable basis for judging it.[2] We cannot speak of the vanished “past” at all except through narratives. Arthur Danto captured the idea: “Not being what it is a picture of is not a defect in pictures, but a necessary condition for something to be a picture at all.”[3]

2) Multiple narratives are possible for any set of events, centring different actors, using different theoretical lenses, employing different periodization. There is no such thing as a “perfect” history that encompasses all aspects of a particular piece of the past (e.g., World War II). There are too many aspects, vantage points, scales, etc.[4]

3) All narratives can be criticized for their plausibility; some lie entirely outside of the realm of plausible history.

How, then, as I asked above, shall we articulate a concept of plausibility that is useful for assessing the adequacy of historical narratives?

The “empirical plausibility” of a narrative is achieved by listing multiple sources and providing analyses of their relevance and utility. Empirical plausibility has already been well explored in English, though not under that term, particularly in the work of Sam Wineburg and his students. Chauncey Monte-Sano provides lists of indicators for students’ historical writing in factual and interpretive accuracy, and persuasiveness, sourcing, corroboration and contextualization of evidence.[5] “Empirical plausibility” is more intuitively understood in English as “evidentiary plausibility.”

Rüsen’s second dimension, “normative plausibility,” looks to the audience or readership for recognition and acceptance of the norms and values underlying the account. Of course, in settings where potential audiences maintain deeply divided normative commitments, it may be less helpful, and those are precisely the settings where educators most urgently need powerful guidelines. In the Canadian model of historical thinking, the “ethical dimension” ventures into comparable terrain.[6] It focuses, however, not on the readership’s norms and values (per Rüsen), but rather on the historian’s difficult negotiation between the norms and values of historical actors from another time and the judgments of their actions according to contemporary standards in the present. The normative plausibility of a historical narrative, in this line of thinking, is the result of a successful interpretation, between sensitivities of the past and values of the present, informing everything from collective identities to forms of commemoration and restorative justice. Rüsen’s normative plausibility is entirely complementary to this conception.

Rüsen’s third dimension, “narrative plausibility,” depends upon “the patterns and logics of narrative construction (e.g. the ideas of typical principles of human perception, behaviour and action…).” But these are exactly what historians seek to historicize! On the other hand, historians must assume some transhistorical notions of how humans feel and behave (e.g., in the face of injury, hunger, love) when they seek to understand people from past eras. This conundrum is extensively explored in the English language literature under various categories including “perspective-taking” in the Canadian model, “rational understanding” in the British, and “empathy” in the Australian.[7] In English, however, it is problematic to assign “narrative” plausibility to this dimension alone. I propose that this dimension be called “empathetic plausibility” so that “narrative plausibility” can be reserved as an overarching concept for all of the ways that a narrative interpretation can be judged for its validity.

The Canadian Model of historical thinking Concepts as Dimensions of Plausibility

In sum, the major concerns of the three dimensions of plausibility in Rüsen’s scheme, as explained by Körber in English, are not unknown in the Anglophone history education literature. In the Canadian model, they are related specifically to the historical thinking concepts of primary source evidence, the ethical dimension, and perspective-taking. The fact that Rüsen’s dimensions map so well onto three of the six concepts opens the question of whether any of the remaining concepts in the Canadian scheme can also be viewed as contributions to what I will now call (as the overarching term, pace Rüsen) narrative plausibility.

Certainly, the fourth of the six historical thinking concepts, cause and consequence, suggests the criterion, “causal plausibility”: to what degree do the conditions and events assembled as causes in a particular narrative convincingly determine the events and conditions identified as consequences? Given the centrality of causality in establishing coherence in historical narratives, the case for “causal plausibility” as a key criterion in constructing and analyzing historical narratives is compelling.

Continuity and change are similarly fundamental to narrative interpretation. The chronological order of events, convincing designations of beginnings, endings, and periods, coherently linked with assessments of development, devolution, progress and decline: these are basic elements of a coherent narrative, contributing to sense-making. This dimension might be called “temporal plausibility.”

This is not to say that the Canadian model of historical thinking concepts has already dealt with the problems of the plausibility of interpretive narratives. Rather, a focus on the construction and critique of narratives adds a crucial new aspect to the concepts. The Canadian model has heretofore omitted discussion of how these historical thinking concepts (and perhaps “significance” as well) can contribute to the construction and critique of narrative interpretations. Rüsen’s terminology—the multidimensional criteria of plausibility—offers a starting point for understanding how this works. As these criteria are developed in English, history educators will have some powerful tools for teaching students to assess narrative plausibility in the classroom.

[1] For further development of the ideas in this article, see Peter Seixas, “Narrative Interpretation in History (and Life),” in Begriffene Geschichte ‒ Geschichte Begreifen. Essays in Honour of Jörn Rüsen, ed. Holger Thünemann (Frankfurt am Main: Peter Lang, 2016), and “Epilogue: Teaching Rival Histories, in Search of Narrative Plausibility,” in International Perspectives on Teaching Rival Histories, ed. Henrik Åström-Elmersjö, Anna Clark, and Robert Parkes (London: Palgrave Macmillan, forthcoming).
[2] Andreas Körber, “Translation and Its Discontents II: A German Perspective,” Journal of Curriculum Studies 48, no. 4 (2016), p. 449. Körber’s explication of Rüsen’s conception of Triftigkeit, or plausibility, provides the basis for this article.
[3] Arthur C. Danto, Narration and Knowledge (Including the Integral Text of Analytical Philosophy of History) (New York: Columbia University Press, 1985), p. 114.
[4] Interestingly, as recently as 1985, with the publication of Danto, pp. 114ff, such a consensus apparently did not exist.
[5] Chauncey Monte-Sano, “Disciplinary Literacy in History: An Exploration of the Historical Nature of Adolescents’ Writing,” The Journal of the Learning Sciences 19, no. 4 (2010), p. 548.
[6] Peter Seixas, A model of historical thinking. Educational Philosophy and Theory. 25 October 2015, doi:10.1080/00131857.2015.1101363 (last accessed 28 October 2016).
[7] Tyson A. Retz, “The History and Function of Empathy in Historical Studies: Re-Enactment and Hermeneutics” (University of Melbourne, 2016).
[8] In the Canadian model, historical significance is a question about how particular events or people fit within larger narratives: they achieve significance through their part in a larger story that is meaningful for its audiences today. To introduce “significance” as a dimension of plausibility for the larger narratives themselves might introduce confusion about the earlier definition of historical significance.

« Monuments: Disputed, Transient, increasingly Utopian?
Why We Should all Become Public Historians »