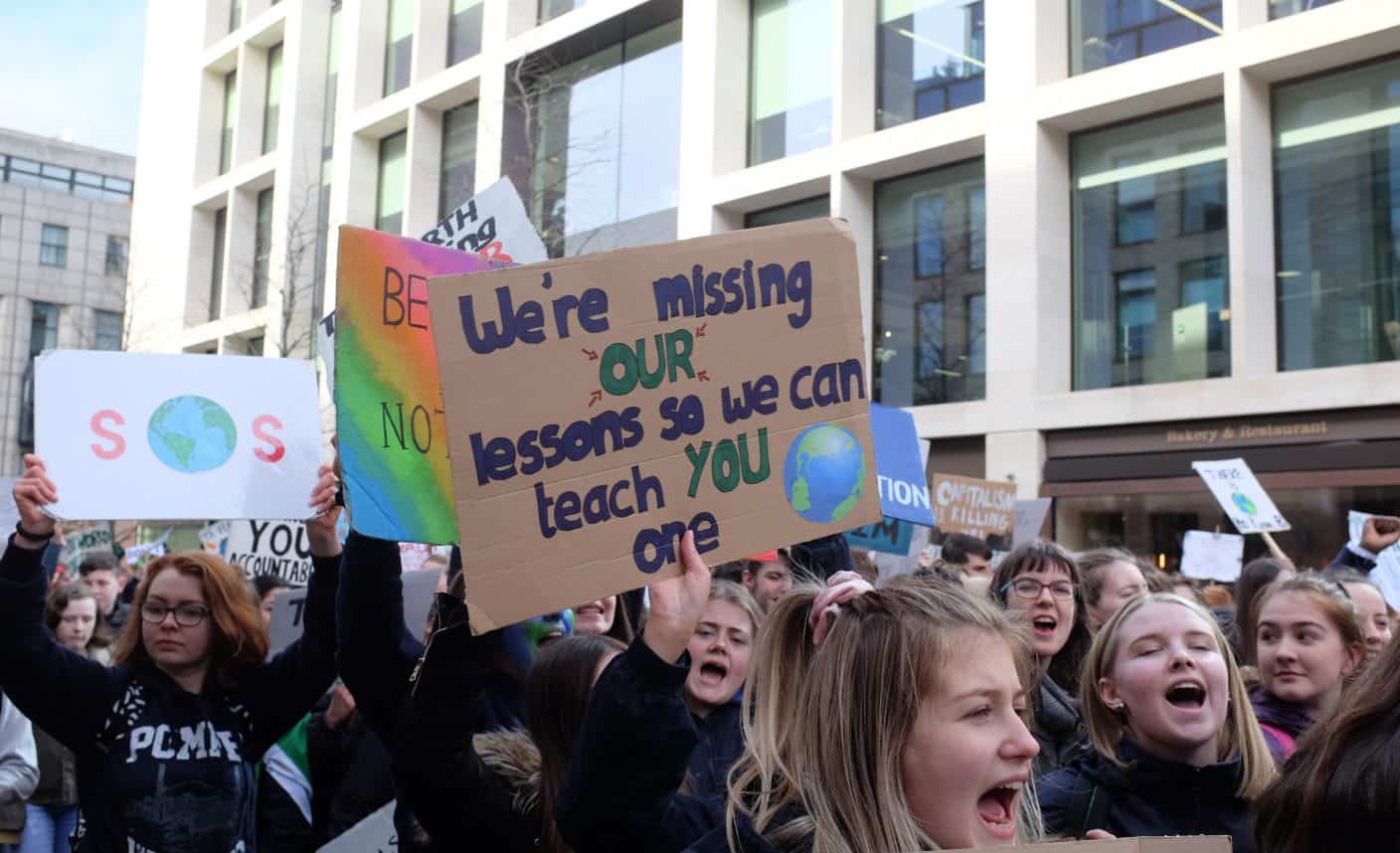 Abstract:
Threatened by the twin catastrophes of climate breakdown and species extinction and in the grip of a global pandemic, humanity’s purchase on a positive future is looking increasingly tenuous. In addition, global trends towards right-wing populism and proto- fascism, allied to growing distrust of mainstream media and the proliferation of systems of disinformation, weaken efforts to tackle the mounting emergencies. In this period of multiple and intersecting crises, how does history education respond? A starting point is to consider what are the capacities needed by this and future generations of young people to meet these existential threats and adapt to changing contexts. These could include supporting young people to become critical, engaged and active citizens, prepared to question received truths, interrogate their own positionality and look beyond self-interest, and with the capacity to imagine the world otherwise. Is history education up to the task?
DOI: dx.doi.org/10.1515/phw-2021-17409
Languages: English

Threatened by the twin catastrophes of climate breakdown and species extinction and in the grip of a global pandemic, humanity’s purchase on a positive future is looking increasingly tenuous. In addition, global trends towards right-wing populism and proto-fascism, allied to growing distrust of mainstream media and the proliferation of systems of disinformation, weaken efforts to tackle the mounting emergencies. In this period of multiple and intersecting crises, how does history education respond?

A starting point is to consider what are the capacities needed by this and future generations of young people to meet these existential threats and adapt to changing contexts. These could include supporting young people to become critical, engaged and active citizens, prepared to question received truths, interrogate their own positionality and look beyond self-interest, and with the capacity to imagine the world otherwise. Is history education up to the task?

Currently, we are facing a perfect storm in terms of existential threats to the continuation of life on this planet, at least in a form that is consistent with what we consider a good life. Irreversible climate breakdown is becoming more likely with each failure to marshal the global political will needed to reduce carbon emissions and to challenge dominant economic models of unsustainable growth. At the same time, and similarly influenced by human activity, we are in the middle of a crisis of biodiversity where upwards of one million species are threatened with extinction in the coming decade.[1] The destruction of habitats and the changing climate have created more permeable boundaries between human communities and other species, leading to increased likelihood of cross-species contagion and pandemics, such as we are currently witnessing in relation to Covid-19.[2]

Allied to these very real physical threats to our continued existence, the social and political infrastructure that offer us some possibility of climate and biodiversity action are themselves in jeopardy, with international bodies and democratic institutions of state and media increasingly vulnerable to attack from right wing extremists, conspiracy theorists, anti-democratic forces and disinformation propagandists. The resulting miasma of suspicion and distrust surrounding scientific facts and public institutions that has infected huge swathes of the global population makes progress on these complex issues more difficult to achieve and threatens our capacity to respond appropriately to the challenges facing us.

Citizenship education is amongst the most frequently cited extrinsic aims of school history. Traditionally focused on promoting identification with the nation state and characterised by direct teaching of national narratives, it left little room for individual or collective voices that challenged received truths or offered an alternative vision of the good life.[3] More recently, and informed by a Deweyan conceptualisation of education for democratic citizenship, history’s potential to develop the kinds of capacities and habits of mind that support democratic engagement has seen renewed interest, particularly in its capacity to promote reflective, enquiry-based, multi-perspectival interrogations of the past in ways that connect with present issues and conflicts.[4]

In addition, the role of evidence in the construction of historical knowledge and the validation of claims through historical argument provide obvious starting points from which to challenge the current malaise of disinformation and the propensity of people to fall hostage to confirmation-bias, addressing only the evidence that tells their preferred story. Indeed, you could argue that the potential of history to contribute to education for democratic citizenship has been well-mined and that pushing the relationship further risks undermining the intrinsic value of history as a discipline, exposing it to charges of presentism or even propaganda. I suggest that it has not gone far enough, however, and that the exigencies of the current crises require us to dig deeper. This is particularly the case when we consider the differential impact of these multiple crises across time and space; issues of justice, whether local, global or intergenerational require a more robust response.

What is my Community?

The emergence of critical enquiry approaches which draw on critical theory and critical pedagogy open the possibility of a more transformative orientation in history teaching, which takes account of global and intergenerational justice, addressing the kinds of capacities needed to engage with current and future contexts.[5] These could include, for example, the capacity to understand that privilege, local and global, is historically constructed and continues to manifest itself in current crises. Unless we have the capacity to recognise and move beyond self-interest and/or group interest, there is little hope of effective action on climate or any other global issue. Moving beyond self-interest also requires us to think critically about identity and community and to recognise that we simultaneously belong to multiple collectives, including the human collective, depending on the lens applied while, at the same time, challenging the idea that categories such as “people in the past” all shared the same experiences by recognising cleavages of class, gender, race and power.

Those communities should also include the community of all living things that inhabit our planet; the idea that the wellbeing of human communities and the natural world are inextricably linked has never been more clear than during the current pandemic. Understanding the historical relationship between human communities and the natural environment is critical to understanding how we got here in the first place. Western concepts of human mastery over nature or instrumentalist conceptions of the natural world need to be deconstructed and challenged through looking critically at their development, how they manifested themselves through changing agricultural and industrial practices and the long term, as well as more immediate, consequences of those changes. For example, the benefits of cheaper food for western industrialised countries in the short term needs to be set against the cost that accrued to other global communities and the environmental destruction caused. Exploring alternative conceptions of nature found in diverse human communities and indigenous cultures over time, in ways that neither exoticise nor fossilise them, enable children to construct new visions of that relationship.

For adults and children alike, growing awareness of the threats associated with the climate crisis can evoke feelings of helplessness, fatalism and despair; continued reporting of the shrinking timescale for intervention can promote a sense of its inevitability and belief that there is nothing we, as individuals, can do to change things. Believing that our actions count for nothing allows us to continue to act as we have always done, and puts the responsibility for doing onto the shoulders of others. Understanding the relationship between historical change and human decision-making helps counter feelings of powerlessness, inevitability and fatalism in the face of seemingly intractable problems.

Historical agency is not a morally neutral concept, however, and historians of the future will deal very differently with the collective action of the Black Lives Matter or Fridays for Futures movements and the events that unfolded in Washington on January 6th, 2021. If a focus on agency is to have transformative intent, it needs to ask hard questions relating to perspective, power and interest, and not avoid issues of accountability and culpability in relation to historic injustices. Plotting the historical timeline for the climate crisis, for example, will encompass asking critical questions relating to the links between industrialisation and Trans-Atlantic Slave Trade (such as those raised by the campaign to remove public statues commemorating individuals with links to slavery). Taking a critical perspective on change and historical agency allows children to ask questions about whose actions have been privileged in historical narratives and whose are not represented. It recognises also that historical change is not experienced in similar ways by all groups. Asking questions such as ‘Who benefitted from this change? Who was disadvantaged? How is this connected to the present’, for example, is essential to the deconstruction of dominant narratives relating to progress and growth and to addressing issues of local and global justice.[6] In order to do this effectively, we need to enable children to ask different questions of history, moving out in time and space to see the bigger picture,  taking a closer look to understand the links between power and interest and to hold historical actors, whether collective or individual, to account in questions of justice (including children’s own communities), and, drawing on the idea of counterfactual history, consider whether different actions might have prompted different outcomes.

Back to the Future

Taking a critical perspective on change and challenging narratives of progress also requires that we ask questions about the negative consequences of innovations such as the combustion engine, or flight, that are generally taught as human triumphs. Extending our time scale is important. What we may perceive to represent positive change or to be in our interest in the short term, may lead to disastrous consequences in the longer term, some of which were, or could have been predicted. While recognising the value of science, scientific enquiry and technological advances to human life, an uncritical cataloguing of technological innovation as a narrative of heroic genius and individual triumph conflates a number of ideas that are problematic from a sustainability perspective, for example, that ‘new’ technologies are better and more advanced, that older technologies are disposable, old-fashioned and no longer useful. Asking more critical questions about the need for new technologies, their impact over time and the wider consequences of their development for environmental sustainability and climate justice can provide a platform for the interrogation of cultures of consumerism, wealth accumulation and technological imperialism, all of which play a role in the current crises.

If, as Rüsen argues, the purpose of history is to enable us to orient ourselves in time, ask questions of the past that concern our lives in the present and predict a future, the current confluence of crises makes it imperative that we think seriously about what those futures might be.[7] Facing this uncertainty, children will have to be flexible, adaptive and creative; they need to know that the future is still unwritten and that the present is capable of supporting a number of outcomes; that their actions, individually and collectively, can have an impact on those futures; that their interests are dependent on the interests of all other peoples, species and natural environments; that there are many ways of looking at the world which give us alternative visions of future relationships and that, ultimately, what happens will be in large part subject to human decision-making.

“School Strike for Climate (Dublin, Ireland)” by 350.org is licensed under CC BY-NC-SA 2.0