Collecting and Dividing Identities in the Age of Brexit 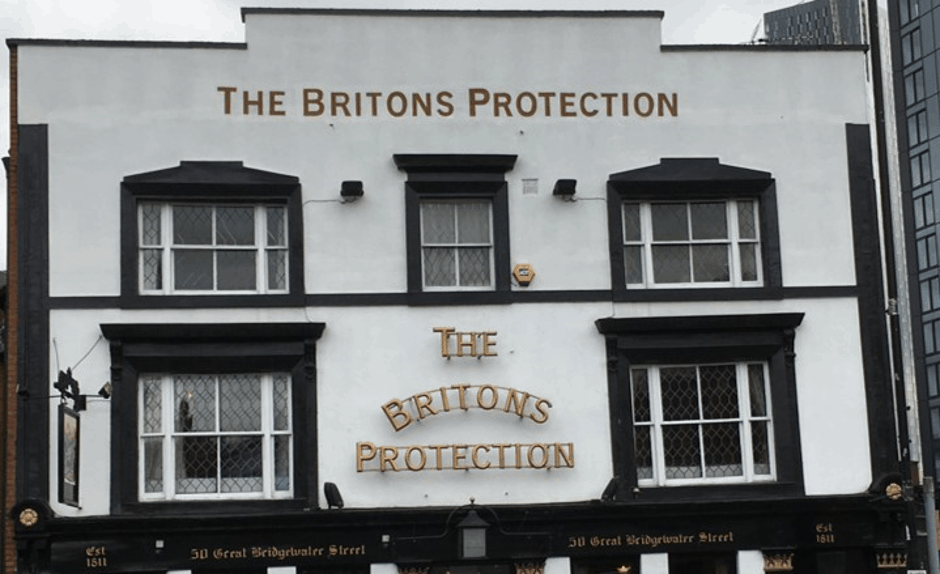 Abstract: Debates on the constructed or the real basis of collective identities have persisted for decades, with debate focusing around the extent to which such identities are arbitrary and imposed from above, organic and developed from below, or some permutation of these possibilities. These debates can be enriched by consideration of narratological issues. Collective identity narratives often operate through binary schemas – defining a collective ‘us’ against an other ‘them’ – and through simplistic and melodramatic narrative templates. This article brings these analytical optics to bear on recent populist mobilizations in the UK, exploring ‘austerity’ and ‘Brexit’ populist collective identity stories in their left and right variants and arguing that we can see some recent shifts in narrative strategy in collective identity discourse on the right.
DOI: dx.doi.org/10.1515/phw-2020-14972.
Languages: English, German


Collective identity narratives aim to “bring together,” “collect” and unify. They tend to do so, however, by positing an ”other” — to distinguish the collective from and against. Contemporary populist narratives tend to foreground “othering” to a remarkable degree. Is there a future for “collectivity” in an age of division?

There are problems with thinking of “construction“ in these ways, however. As Thompson argued in The Making of The English Working Class, collective identities can be constituted “from below” as much as “from above.” In addition, whilst recognizing that conceptualisations have the power to shape experienced and lived realities, one has to ask “what” is it that is being shaped and constructed in social constructivist discourse.[4] As Smith has argued, if we must talk of “invention,” then it must be understood, at least in part, as “a novel recombination of existing elements.”[5]

Recognizing that identities are not simply conjured out of thin air does not mean, however, that we should think of collective identities as things that are simply made up of objects “out there.” Processes of identity construction work by gathering “a multitude of individuals with a multitude of experiences” into a collective.[6]  These are processes of identification with and identification against through which individuals come “to feel an identity of interests as between themselves” and an identity of interests “as against” some others.[7] Such processes of identification often have material determinants. They also have narrative psychological determinants, as Levi argued, and operate through a “friend-enemy dichotomy” feeding a “Manichean tendency to reduce the river of human events to conflicts and conflicts to duels” between “us and them.”[8] Class identity narratives, such as those that Thompson examined, point to divisions within a national collective. National narratives of the kind analysed by Linda Colley and others posit divisions outside the nation, between a national “us” and a foreign “them.”[9]

One does not have to look very far to find real material determinants shaping recent collective identity discourses in the United Kingdom — the 2008 economic crash and the decade of “austerity” that followed it. What is particularly striking about the evolution of recent politics, however, is the prevalence of binary identity discourses, which follow the kind of melodramatic narrative structure highlighted by Levi. These are divisive narratives as much as collective ones — about “them” as much as about “us.” We can distinguish between varieties (a) that define “them” as “high“ or “low“ status and varieties (b) that define “them” as either internal “enemies within” or as external “enemies without.” 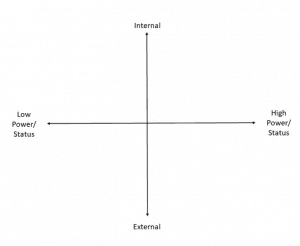 Differentiating “them” – a schema

As Bolton and Pitts have argued, in the aftermath of the financial crash alternative forms of “austerity populism” arose to explain what had happened.[10] These narratives shared structural features, even though their content differed dramatically: a simplistic moral economy in which material difficulties are represented as damage done to “us” by a culpable “them.”

Right austerity populism — of the kind cultivated by the British government in the first half of the last decade — sought to mobilize “hard working families“ against a posited underclass living fecklessly on benefits. In right austerity populism, the problem was an “enemy within“ and this enemy was low in power and status. In left austerity populism, by contrast, the “enemy” was identified as high status and powerful financial elites outside the country — in “tax havens” and elsewhere — operating “immorally” and placing profit above social need.

Similar narratives arose in the Brexit debate and many varieties of Brexit populism could be identified. Populism that sets up a virtuous “us” against a low-status threat from outside is exemplified by UKIP’s notorious “Breaking Point” poster from the 2016 Brexit campaign which identified the EU with the “threat” of mass migration from Turkey.[11] Brexit populisms focused on an external and high-status enemy are exemplified by the slogans of the campaign itself — such as the notorious claim that “we” sent £350 million in weekly tribute to the EU. This was a narrative that pro-Brexit populists could identify with positively. Anti-Brexit populists, on the other hand, interpreted such slogans as evidence of manipulation of elections by internal high-status figures (media owners, hedge fund managers and so on).[12]

What forms did populist narratives play in the 2019 election? This is no place for a systematic analysis but a gesture in the direction can be achieved in the space available. What contrasts in narrative strategy were apparent in the introductions to their manifestos signed by the leaders of the two main political parties — Labour and Conservative?

Real Change — For the Many, not the Few

The Labour leader’s manifesto introduction has many of the features of the populisms described above. It posits an “us” / “them” binary, positioning “the many” against “the few.” The former is described as suffering cuts and hardships and the latter as immoral free riders.

It’s time to take on the vested interests holding people back. The last decade has seen a wealth grab by a privileged few, supported by the Conservatives, at the expense of the majority. The big polluters, financial speculators and corporate tax-dodgers have had a free ride for too long.[13]

In other words, the text posits an internal enemy with high status and power and blames them for the people’s current predicament.

The table below compares the incidence of a number of words and topics in both the Labour and the Conservative texts.  A comparison was made of the use of the personal pronouns “we” and “they” — yet revealed little difference. Similarly, little of importance appeared when the two documents were compared in terms of self-reference to party names. Striking differences emerge when past and future were compared, however. This was also true when reference to past and future threats were compared: 12.1% of the Labour text was about the past and 9.2% of the text focused on those posited as causing present problems.

Table 1: Comparisons of the percentage of words and topics present in the leaders’ introductions to the Conservative and Labour manifestos 2019

Release that Lion from its Cage

By contrast with the Labour manifesto introduction, the Conservatives made very little reference to current difficulties or those who might be blamed for them (0.86% of the text).  The country was described as “trapped, like a lion in a cage,” as “stuck” and as “paralysed by a broken Parliament.” Again, an internal enemy with high status and power (the Parliament) was blamed for the country’s current predicament but hardly anything else was said about problems in the present. The text also focused almost exclusively on what would be done if the Conservative Party were elected.

By contrast with Labour — who do spend time attributing blame for past actions — the Conservative text devotes significant space (16.72%) to identifying future problems that it claims would arise if the Labour Party were elected, as, for example in the following:

The… modern Labour Party… detest the profit motive… and would raise taxes so wantonly — that they would destroy the very basis of this country’s prosperity.[14]

Since becoming leader, Johnson has sought to distinguish his politics from the Conservativism of the “austerity” period and this is apparent in the text which spent very little time identifying past problems and very little time attributing blame — issues that were key to “austerity populism.” We have a new variant of populist collective identity narrative here, perhaps. One that still offers simple solutions, but one that does so foregrounding positive futures and not negative presents and pasts. Like all populisms, this collective identity story must have an enemy against whom the positive representative of “we” / “us” can be contrasted.  Again, however, the focus was on the future – albeit a dystopian one from which the representative of “we” / “us” could save the people.

Whether there is a future for populist collective identity stories is a question for a futurologist. What does seem clear, however, is that future-oriented populisms seem in the ascendant in England. 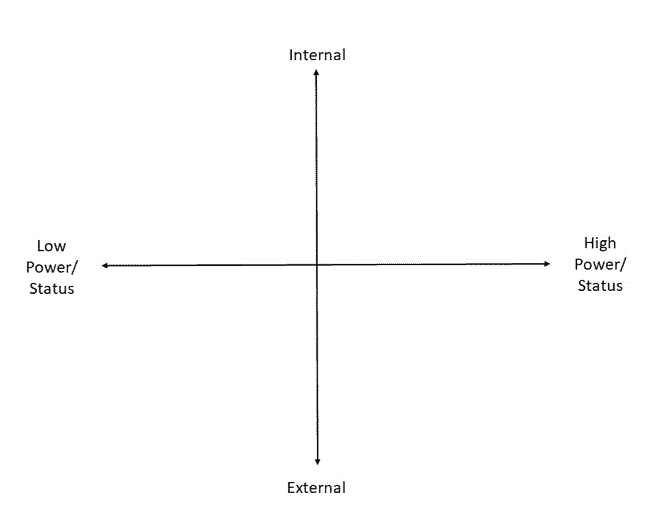