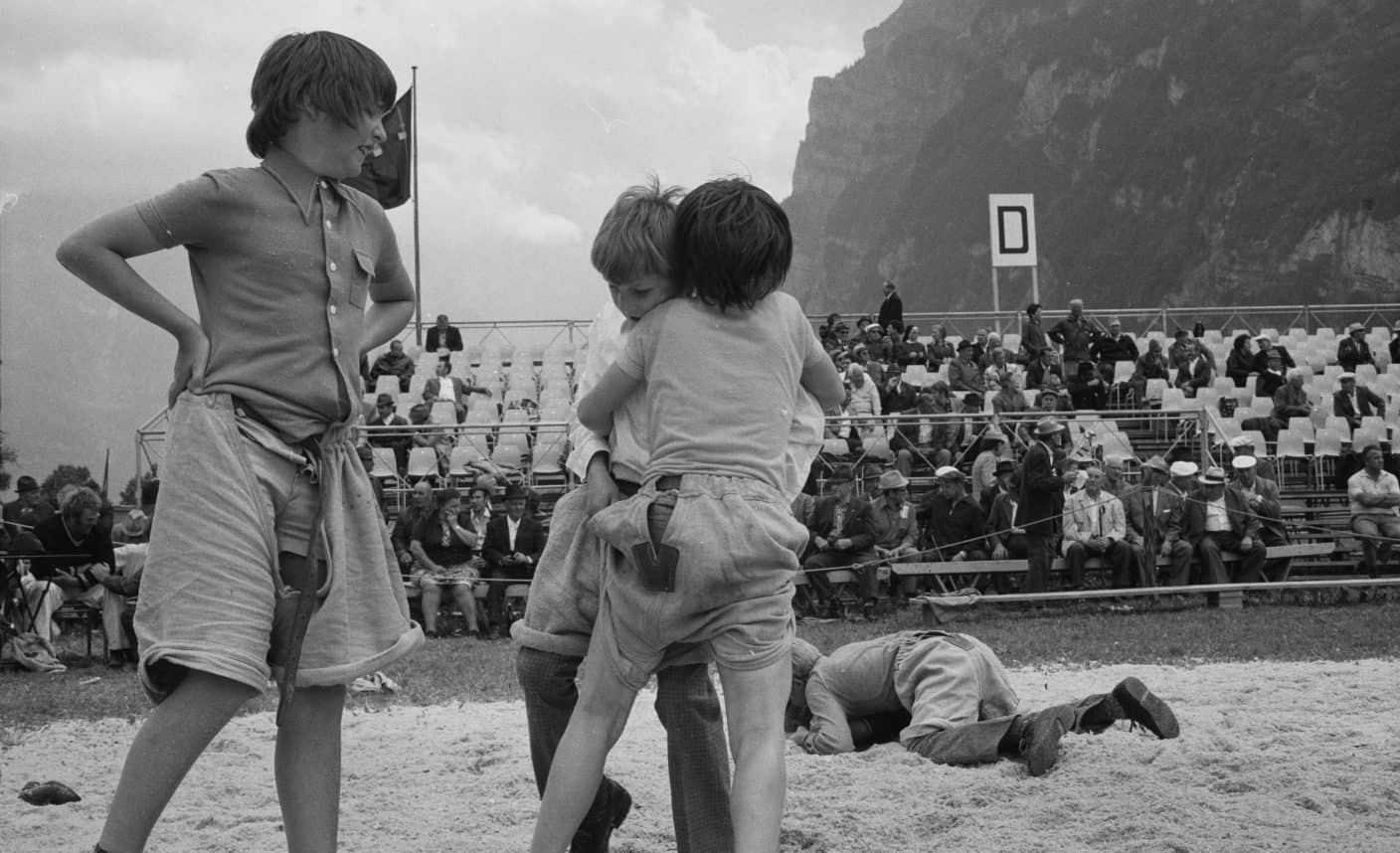 Abstract: Sports history is an ideal vehicle for conveying historical and socially relevant questions to the public. People are thrilled by sport, it becomes economically more and more important and it is omnipresent in the media. Sports history as a cultural heritage, however, endures a wallflower existence, at least in Switzerland. Underfinanced or heroicizing museums and little presence in classrooms open up opportunities for new forms of public history.
DOI: dx.doi.org/10.1515/phw-2019-13304.
Languages: English, Deutsch


Sports history is an ideal vehicle for conveying historical and socially relevant questions to the public. People are thrilled by sport, it becomes economically more and more important and it is omnipresent in the media. Sports history as a cultural heritage, however, endures a wallflower existence, at least in Switzerland. Underfinanced or heroicizing museums and little presence in classrooms open up opportunities for new forms of public history.

In autumn 2018 the Swiss Sports Museum in Basel gone into liquidation had to close its doors. By the liquidation the historically valuable collection even faced the threat of sale: Roger Federer’s racket as well as old photographs on glass plates would then have come under the hammer and have ended up in private collections. At the last minute a rescue plan could be designed so that the collection will now remain preserved as total stock and be brought to Biel. It is still unclear whether and how it will remain accessible to research and to the broad public. Furthermore, owing to disintegration valuable objects, files and photographs threaten to get lost in private collections as well as in the archives of sports clubs and the respective historical knowledge dwindles from generation to generation.

The extreme example of the Swiss Sports Museum is perhaps not even so atypical for the discrepant importance of sports history in Switzerland. On the occasion of major sports events, the media is quick to mention the sporting tradition, past successes and the importance of sport for Switzerland. At the same time, sport is so short-lived that its cultural heritage is neglected in day-to-day business. In several respects, the cultural memory finds itself, as it were, in a strange position: Sport was and still is male-dominated, accordingly are the memories. What’s more, cultural memories strongly focus on popular, high-turnover sport disciplines such as soccer, ice hockey and skiing.

This can also be observed in the current museum landscape of Switzerland. Whereas the Swiss Sports Museum also covered numerous marginal sports and women’s sport, the largest museums, namely the FIFA Museum in Zurich and the Olympic Museum in Lausanne, mainly attract tourists and school classes with up-to-date major sporting disciplines. Particularly striking, moreover, is that both the museums tend to deal with their own past in a rather uncritical manner: Corruption or the role of both the associations during the National Socialist era hardly play a role at all. Both museums are strongly present in dramaturgy and in conveying emotions. The FIFA Museum furthermore puts great emphasis on gamification. An entire floor comprises a kind of play palace for the young and the young at heart, children can color pre-designed templates with exclusively male stars. Digital forms of mediation play a major role in both the sports museums, in particular on interactive maps and concerning sports statistics.[1]

As elsewhere in Europe the mediation of history via digital forms is also promoted in Switzerland. Over the last few years several positive projects were thus created in the field of public history. Last year the FC Zurich Museum played a pioneering role.[2] Because of the neglection of the public memory of women’s soccer in Switzerland a blog was set up which works on the principle of crowdsourcing. Former players bring their photo albums and personal souvenirs to the museum where they are digitized and explained in the blog. Furthermore, there are videos of contemporary witnesses who tell about the beginnings of women’s soccer in Switzerland. For example, the stories of how women had to struggle against any types of resistances and gender-stereotypical prejudices. Sports history comes alive and is emotionally perceivable by contemporary witnesses. What’s more, for 2020 an exhibition for the 50-year anniversary of Swiss women’s soccer is planned which is also designed as a travelling exhibition for schools and sports clubs.

A project aiming in a similar direction was launched last year as well. The Swiss Sports History Digital Portal which is in the process of being established shall facilitate the access to sports history for different user groups throughout Switzerland and without language barriers. The aim is to preserve and convey the historical heritage of Swiss sports. The portal serves research, the media and the mediation in schools and consists of three pillars:

– Mediation and networking: A timeline and a short video shall provide a first orientation. Researchers and media professionals who for their fields need to work with specific materials, in particular audiovisual sources, are given quick and uncomplicated access to a broad pool.
– Exploitation: The portal shall, on the one hand, make already existing and newly exploited source inventories visible on the net. This pillar also provides know-how and help for associations which want to better preserve their archive material and thus to make available their cultural heritage to future generations.
– Learning tools and low-threshold communication in schools and sports clubs: The portal conveys research findings which are prepared for schools and sports clubs. In a first phase, this happens on the topic of integration and exclusion in Swiss sports. By means of an interactive online tool as well as a direct contact to contemporary witnesses, children and adolescents shall be sensitized for the fact that it is no coincidence who practiced and still practices what kind of sport and when. Young people thereby learn that the history of sports does not limit itself to past victories and defeats.

This project domiciled at the University of Lucerne and Zurich closely cooperates with the University of Teacher Education Lucerne and the Institute of Memory Cultures located there as well as nationwide with museums and other memory and education institutions. This portal will be launched in summer 2019.

Into the Digital Future?

The future will show how successful such web-based projects will be. There is at least hope that reinvigorated research on sports history in Switzerland can lead to a new understanding.[3] The dangers are well-known: Insufficient sustainable financing, neglection of the already existing forms of mediation, simplification of the contents. Nonetheless, it can be said that digitization offers great chances and opportunities: Easy participation of the public, integrability into the curricula, the reaching of new participating target groups. It, however, seems crucial to me to do one thing and not neglect the other: Museums and archives have to continue to exist and to be publicly funded. Also, because the haptic experience of the objects will never be replaceable and the cultural heritage of sports should also continue to exist via museum mediation. Last but not least, the digitization of knowledge will remain a phantasm since it can never comprise all library, archive and museum areas. There is simply a lack of time and resources for this. The discrepancy between medial, economic and present-day-related attention towards sports and the neglection of its cultural heritage becomes also apparent in the funding policy of the Swiss Federal Office of Culture: Sports history did not play any role in the cultural heritage year of 2018 at all.[4] This will hopefully be changed in the future.