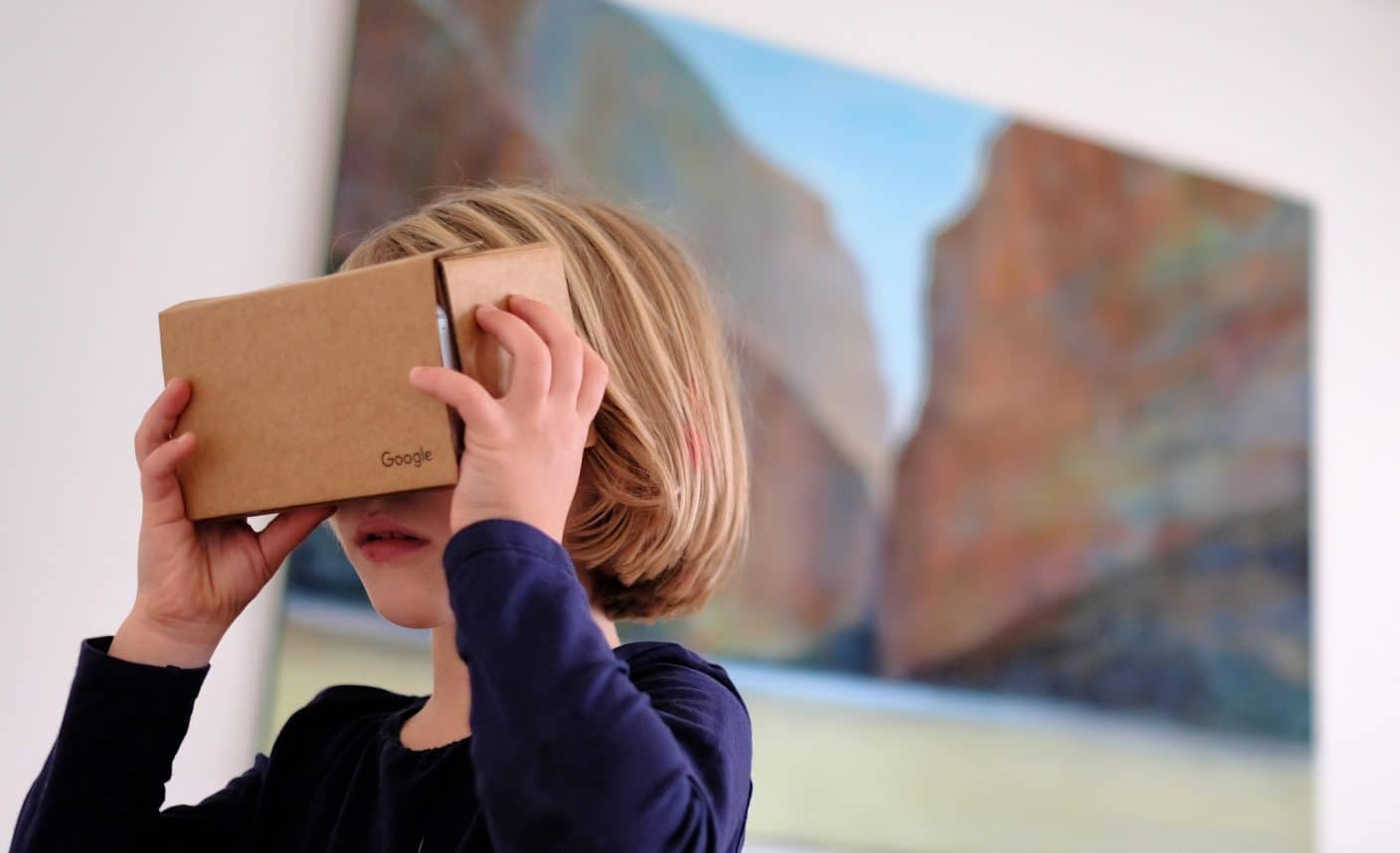 Abstract: In Spring 2018 the science fiction thriller “Ready Player One” filmed by Steven Spielberg and based on the novel of the same name by Ernest Cline is expected to start in cinemas. The trailer gives a first impression of the story of a dystopian future staged with bombastic pictures in which millions of people flee into the virtual reality(ies) of the game OASIS (Ontologically Anthropocentric Sensory Immersive Simulation).[1] Only a vision of the future? Not at all, Virtual Reality (VR) is already used in the Public History of the present time.
DOI: dx.doi.org/10.1515/phw-2018-10896.
Languages: English, Deutsch


In Spring 2018 the science fiction thriller “Ready Player One” filmed by Steven Spielberg and based on the novel of the same name by Ernest Cline is expected to start in cinemas. The trailer gives a first impression of the story of a dystopian future staged with bombastic pictures in which millions of people flee into the virtual reality(ies) of the game OASIS (Ontologically Anthropocentric Sensory Immersive Simulation).[1] Only a vision of the future? Not at all, Virtual Reality (VR) is already used in the Public History of the present time.

The technical framework conditions of Virtual Reality described in the novel and film have already become reality (VR-glasses, data gloves) or are conceived (multi-sensor whole body suit).[2] The immersion – the “plunging” into virtual worlds shall be supported by multi-sensor simulation to an extent that the simulation in the users’ perception is largely perceived as real. Innovations such as stereoscopy (1838), the cinema “Sensorama” (1962) or the first VR-glasses (1960) fostered the development of immersive systems.[3] Initially the development and use of (digital) VR-technology had until 1980s been limited to industry, science and research with the appropriate access to (mainframe) computers only. The exclusive circle of users for the first time – even though with moderate success – opened in the 1990s by the distribution of 3D game consoles as mass products. For a few years the smartphone has now provided the necessary computer capacity for “virtual reality” offers which are supplied as apps or 360° films. Since then the offers have differentiated between the in public very widely interpreted term 360° film, Augmented Reality (AR) and Mixed Reality (MR).[4] According to a survey published in October 2017 almost every fifth German has already experienced virtual worlds by means of VR-glasses – nevertheless, almost 13,3 million German citizens.[5]

Panoramas of the 21st Century

In the past two years, quite some products for presenting the past to the public have been created by different actors of Public History which can be assigned to the field of “Virtual Reality”. Thereby, we mainly talk of computer-generated or -animated artificial worlds or films taken with a 360° camera. Media institutions, agencies, memorial places, museums and tourist experts belong to the producers and providers. The thematic diversity ranges from pre- and early history to contemporary history and the application fields lie between effect-seeking eventization of the “past” for entertainment and a decidedly formulated aspiration of conveying it in the field of historical-political education.[6]

Whereas already the historical panoramas of the 19th century aimed to enable the visitors to “(re)experience” a historical situation as impressively as possible, the virtual realities and the 360° films of the present time represent the technically further developed panoramas of the 21st century. The historical moment frozen in a circular painting becomes “perceptible” extended in time and space by the new possibilities provided by an audio-visual representation of historical situations. The use of further sensory stimuli – for example “headwind”, movements, smells – as well as the possibilities of interaction enhance the immersive effect. The advertising messages have, however, remained the same over the last 150 years. If it said in the 19th century that the paintings “were drawn from nature”, today’s providers entice with breathing life into everything by virtual means: “More time travel is not possible.”[7]

Back into the Past?

Just as in the 19th century, being overwhelmed by the alleged “experience” of past times in some cases undermines the least distance to the historical subject presented. The borders between the individual temporal levels become blurred and the observers run the risk of perceiving the representations as mirrors of the past without any reflection. This phenomenon can also be recognized with meticulously investigated Virtual Reality offers which, “in historical terms”, are as exact as possible.[8]

In December 2017 the VR-project “What did they want in Berlin?!” realized by the IntoVR agency was awarded the German Reporter Award in the category “Best Web Video”.[9] In a 360° film produced for the Hohenschönhausen Memorial Center set up on the premises of the former remand prison of the GDR State Security the users, through VR-glasses, take on the perspective of a prisoner for just under 9 minutes. Based on eyewitness accounts the detention and every day prison life were staged in the historical rooms with actors. During re-enacted interrogations, encounters in the cell corridors and talks in the cell the spectators are helplessly exposed to the threats, verbal abuse, manipulation attempts and intimidations (since they exclusively find themselves in the role of the observer). The recipients’ reactions are reported accordingly: One feels the “pressure” of the situation and is “so close that it often appears uncanny”.[10]

VR as a Challenge for Public History

But the users of the 360° film have only seen actors who in 2017 in the disguise of STASI officers speak a text learnt by heart into a camera in the rooms of the former prison converted into the memorial site, a camera which films the happenings from the victim’s perspective. What the users have not seen is the running prison life between 1951 and 1989. They do neither experience the situations like the former inmates, not even if the eyewitnesses confirm the “authenticity” of the things shown. And this must be made transparent and reflected on.

Whereas a contextualization can take place in the rooms of the memorial site, the viewers of the 360° film posted on YouTube are, however, left alone with their emotions.[11] Given by the use of VR-glasses the reception of the video is unavoidably individual. The emotional overwhelming power of the film is not dissolved, the perspectives not made transparent and the distance to the historical event not (again) re-established. To sacrifice these fundamental operations of historical-political education, as it were, on the altar of an eventization cannot be a satisfactory approach considering all the manifold application possibilities of Virtual Reality and 360° films. To label Virtual Reality just exactly as such does not diminish the entertainment value. It does neither cloud over the impressions of “re-experiencing”, but much rather helps process them. Here, history education and Public History are both challenged to provide guidance on how to deal with the respective Virtual Reality offers in a reflected and critical manner. Since, in fact, the future with Virtual Reality has already started.