On Listening I: The Interpersonal 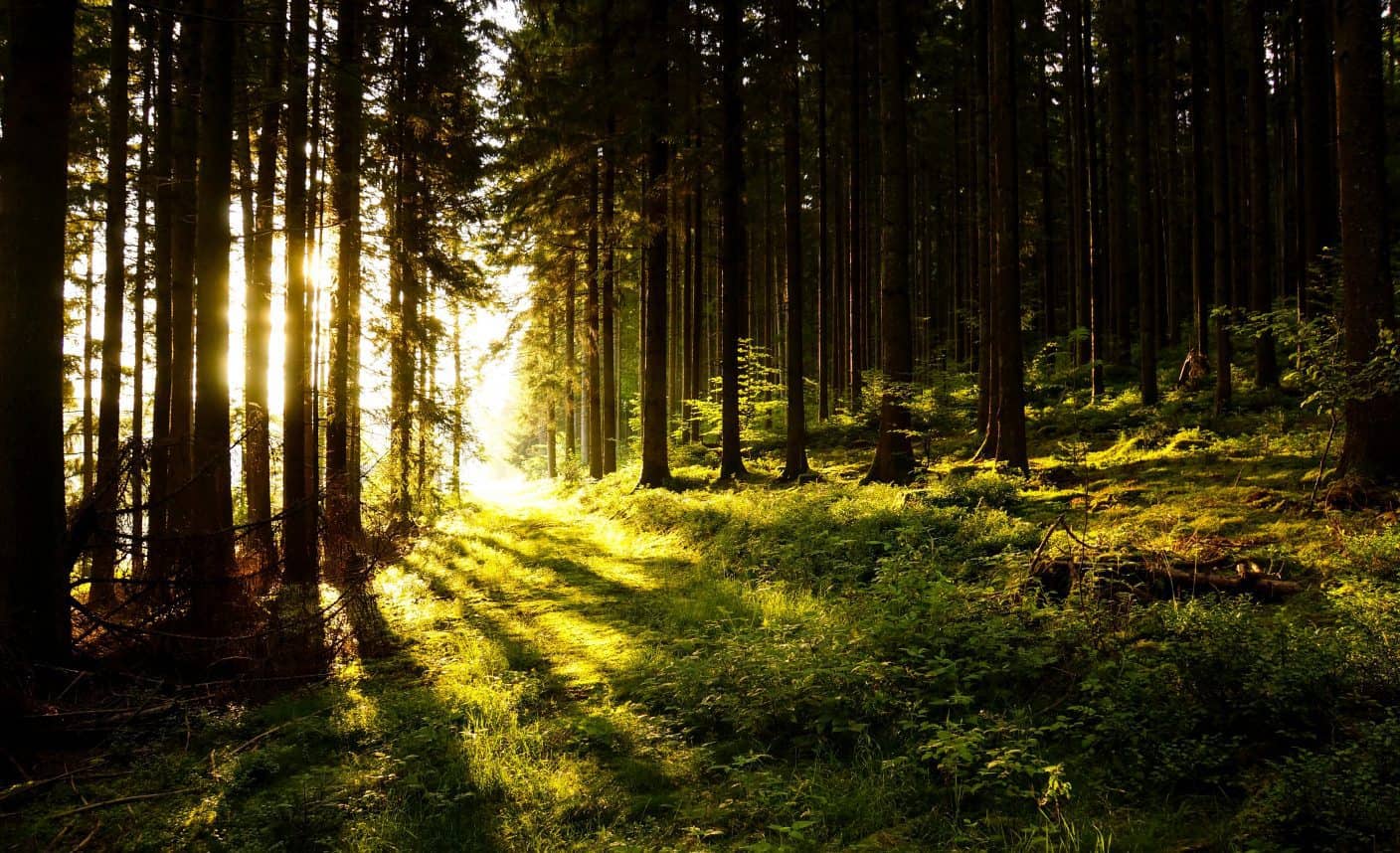 Abstract: The forest has been a favourite retreat for Germans for centuries. It has also been romantically transfigured by the poets and thinkers of this country. It is usually far away from the hustle and bustle of our big cities. Those who walk through its clearings and paths and allow themselves to be affected by it, will feel, with the help of the fresh air, that there is more to the forest than tree upon tree. We don’t need a book on the Spiegel bestseller list to tell us this.[1] And every now and then attentive strollers can experience another world where they would have expected silence. Various sounds that are often untraceable to a specific location penetrate the ear, make us listen up, make us look out for a bird or another creature. We hear the cracking in the undergrowth, the wind that caresses the treetops.
DOI: dx.doi.org/10.1515/phw-2018-12468.
Languages: English, Deutsch

The forest has been a favourite retreat for Germans for centuries. It has also been romantically transfigured by the poets and thinkers of this country. It is usually far away from the hustle and bustle of our big cities. Those who walk through its clearings and paths and allow themselves to be affected by it, will feel, with the help of the fresh air, that there is more to the forest than tree upon tree. We don’t need a book on the Spiegel bestseller list to tell us this.[1] And every now and then attentive strollers can experience another world where they would have expected silence. Various sounds that are often untraceable to a specific location penetrate the ear, make us listen up, make us look out for a bird or another creature. We hear the cracking in the undergrowth, the wind that caresses the treetops.

The Sounds of Civilisation

The sounds of civilisation are different. Sometimes they beat down on the ear, reaching it harshly. Metal on metal, when a car door slams shut, a horn on the street corner when once again someone cuts in front, the beeping of the cash register scanning grocery items, or simply the variety of human voices in the courtyard of a densely built-up block of flats.

The contrast could not be greater when compared to looking into a busy café or the jam-packed morning subway. People sit tightly-squeezed side by side. Sometimes they are part of the same party. But not everyone who seems to know each other is talking. Rather, the display of a smartphone or tablet is glowing before their eyes. They type, click the “like” button, read through the gazettes or listen to a voice message. The other person either just sits there, waiting, or does the same. Every now and then people, at least in my city, seem to become one with their digital devices.

These three very individual observations about everyday life in different places make me think about something that, in my view, is getting more and more lost in our society: attentive listening. I am enough of a historian to beware of pointing to “the old days”, when everything was supposedly better. But I don’t think I am alone in my observations. Even a cursory look at some recent studies in communication science or at the feature pages of newspapers and magazines, which regularly take up this topic, confirms this.

We live in a highly communicative and networked world, which we have built for ourselves and which offers tremendous advantages. That is why I don’t want to adopt a culturally pessimistic tone. Nevertheless, it is worth thinking more deeply about listening. And, if one wishes to expand the subject, also about reading or quiet listening.

Active listening is not necessary in every context, but the basic question still is: Who listens, when and why? Could it be that we are currently in an age of communication devoid of listening?

The figures presented are almost absurd when considering how we communicate today. And we communicate on a much larger scale than ever before. For example, the world’s population sends about 55 billion WhatsApp messages everyday. In Germany alone, around 620 billion e-mails are sent every year. In addition, various social media (e.g. Facebook, Instagram, Twitter) significantly increase the number of words and chunks of information we receive every day. Not to mention the thousands of blogs, hundreds of online magazine articles and more than 80,000 new publications that appear on the German book market every year. Such texts are equally part of the jumble of voices. We all have a lot to say. Back in the 1980s, Schulz von Thun taught us to “talk to each other.” Is it now time to learn to “listen to each other”?

The answer, I think, is a definite yes. Complaints about the massive deterioration of our communication climate are ubiquitous. Communication scientists like Bernhard Pörksen describe this change as a “democracy of indignation”[2]. He uses this term to articulate in scientific terms what we have all been long aware of: The tone used in the Comments section of some articles on Facebook or other media is not only harsh; it is in fact partly even degrading, racist, sexist and discriminating. Spelling and grammar rules are ignored, shortcomings that can’t always be blamed on the tiny keyboard. Does this overcommitted expression of  opinion perhaps have something to do with the fact all these platforms finally enable us to say what we think? At least that’s what Pörksen seems to claim. Everything has become sayable, albeit with unforeseen communication effects.[3] But if we were to reflect self-critically, then we would have to ask ourselves: Did we actively listen to our counterpart before responding?

Are We Still Able to Listen?

In view of this information deluge, which floods us with texts and other visual formats, but, interestingly, less and less with sounds (with the exception of voice messages or the inclined radio listener), one wonders whether this has already affected or will affect our ability to listen — and to read — actively and attentively? Yet again, the answer is yes. I don’t want to revert to a pessimistic tone about the digital age, but it has to be said that reading and the assimilation of information have become more fleeting and cursory. Swipe, scroll, gone. Next page, next link. We are fixated on screens of any size, even — or especially — when we communicate with others, instead of calling them or simply ringing their doorbell. It is not enough to refer to the much-cited “media competency” of digital natives and digital immigrants. Critical minds may wonder what is important amidst the confusion of voices, and what is irrelevant? But how often are we simply overwhelmed by the flood of information, images and video-clips that our living filter bubble presents — without noticing it? How often is the flow of unsolicited information seemingly unstoppable? Once again, if we were to reflect self-critically, we would need to ask oursevles: When was the last time that we listened to ourselves to find out what is important to us?

Anyone who listens actively responds to the other person and shows empathy when listening. It is not a pre-calculated response but one that enables real dialogue. It goes deeper than tomorrow’s weather or yesterday’s newspaper hoax. Those who does this in their daily lives should be congratulated. I suspect that many of us have neither the time nor the leisure. But our society needs active listening. Because only this will enable us to recognise if (our) opinions have become radicalised. And only then will we understand that other opinions exist than our own. They enable us to consolidate our own position or to defend it in the sense of a community of values. No, this doesn’t amount to constant agreement or yea-saying. Nor is it a matter of getting more involved at all levels. On the contrary, it can even mean a greater commitment to silence, serving the cause — active listening — and not the Self. To say something, to express one’s opinion, or to tell something about oneself elicits happiness hormones in the brain similar to the way food, money or sex does. But what can be done with such information? Shall we say less and feel less happy? Differently perhaps.

Thinking about the society in which we live touches simultaneously on the society in which we work. Work and life are closely linked, regardless of whether we hold the view that we live to work or work to live. My field of work is science, which I have not been actively pursuing for a number of years, but whose course I have been aiding through professional representation. Here, too, I am increasingly faced with the question of listening in a world flooded with information, and characterised by efficiency as prescribed by university policy.

Part II of this text next week on PHW.

« Against Empathy in History?
On Listening II: The Inter-Academic »