Can Architecture Embody Good and Evil? 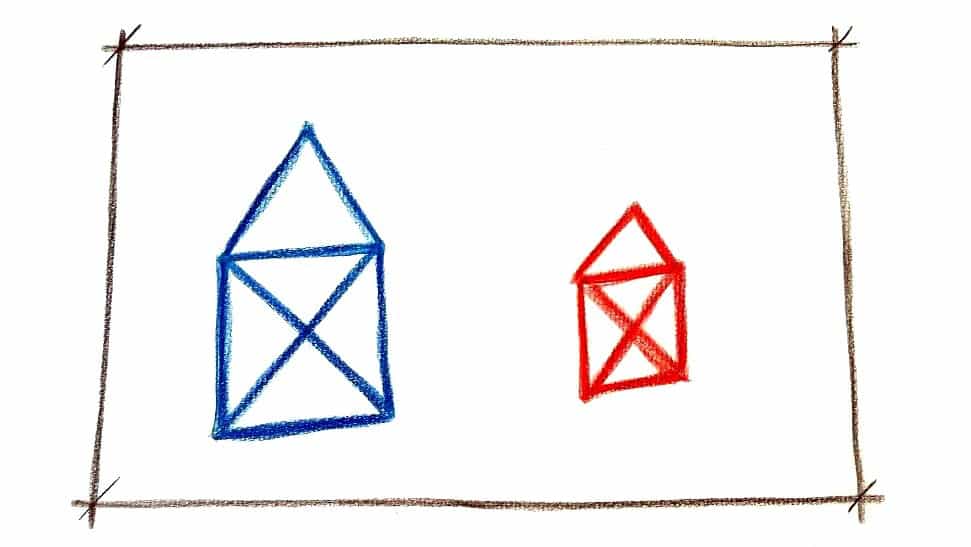 Abstract: Whether it is the Parthenon or the Colosseum, the Tower of London or the Palace of Versailles, Cologne Cathedral or the Reichstag building in Berlin—images of historical buildings frequently feature in school history textbooks, and visits to the sites themselves provide a valuable learning experience. The Eiffel Tower and the Sagrada Familia top many tourists’ must-see lists. However, do historic works of architecture carry a significance beyond textbook and picture-postcard images?
DOI: dx.doi.org/10.1515/phw-2017-10283.
Languages: English, Deutsch


Whether it is the Parthenon or the Colosseum, the Tower of London or the Palace of Versailles, Cologne Cathedral or the Reichstag building in Berlin—images of historical buildings frequently feature in school history textbooks, and visits to the sites themselves provide a valuable learning experience. The Eiffel Tower and the Sagrada Familia top many tourists’ must-see lists. However, do historic works of architecture carry a significance beyond textbook and picture-postcard images?

Architecture and its Perception

Unlike approaches which allude to the history of images, or visual history, research into historiography and history didactics pays relatively little attention to architecture as a historical source and its role in historical cultures.[1] This is unfortunate, however, as there remain several significant connections which could be explored. Architecture is the subject of innumerable visual representations and interpretations in paintings, drawings, and photographs. Each of these generates their own image of history and helps to shape people’s perceptions of past eras. Famous buildings evolve into instantly identifiable hallmarks which are seized upon by the tourism industry and circulated worldwide in visual media. They thereby become defined by the impact of their image and emblematic of a particular place or time. In textbooks, by contrast, the illustrative function of works of architecture predominates. These images act as representations of political institutions or systems (Reichstag building), as epitomes of a particular style with positive connotations (Acropolis), or as exemplary artefacts of cultural achievements in architectonic form (Gothic cathedrals).

Is Architecture a Reflective Image of its Time?

History didactics places considerable emphasis on the potential which is generated by engaging with representations of architecture in images, with architecture in situ, and with architectural spaces. Key benefits of using on-site architecture in teaching can be drawn from experiencing buildings’ permanence and reality as well as their visual coherence and perceptible solidity in their space. Other advantages include the authentication of the past which such buildings supply through their status as its physical trace, and their visible embodiment of time and its passing. Despite all this, what is the actual nature of the connection between historic architecture and historical reality?

We might find ourselves drawn all too quickly to ostensibly obvious and clear-cut conclusions, in which we regard architecture as the manifestation of a particular historical period with specific characteristics. In addition to this, we also run the risk of drawing rash parallels between buildings and architectonic norms, societal standards, and practices, and of viewing architectural works as embodiments of the political, cultural, or social settings in which they came to be. Such thinking imbues architectural forms and materials with the status of symbolic and selectively employed signifiers of meaning for a zeitgeist or an era.

One example may be provided by illustrations contained in textbooks which point to the use of architectural forms from ancient Greece (the Parthenon) in prestige buildings of European culture (the Brandenburg Gate, the Austrian Parliament Building in Vienna, the Capitol in Washington D.C.). In the same example, images of works inspired by classicism and linked to more disturbing features of that culture, such as colonial power and the oppression it stimulated, are simultaneously omitted from such textbooks.[2]

How might we resolve the epistemological dilemma of associating architecture with an image or allocating it into social, mental, societal, or political categories? How can we emancipate ourselves from the interpretative practice of assigning the capacity to provide a statement on an entire culture to an architectural work? One way forward may be an interpretation of architecture which takes account of the historicity of perception and the mutability of ascriptions of meaning.[3] A vast range of acts or alterations can modify these ascriptions and in turn the contexts in which works of architecture are perceived. For example, the aesthetic worth of a building and its value as a memorial are rediscovered when historical relevance is attributed to a building. This applies to cases when buildings are used for purposes other than the original or consciously allowed to decay, when ruins are preserved, when the representational purpose of a building is changed, or when an architectural work evolves into a tourist magnet.[4] Far from being timeless and, therefore, literally ‘set in stone’, the significance of architectonic features is both dynamic and polyvalent.

The Traces of Stone

The imposition of value-laden categorizations on architecture runs the risk of creating false certainties. Material and form do not in themselves represent specific worldviews. The immanent significance of stones, bricks and mortar is regarded as being negligible to nonexistent. By attaching political meaning to architectural works or by denigrating the quality of a work on the basis of moralizing assumptions, this may lead to an interpretative dead end. Buildings are not good or evil, in spite of what one particular documentary shown on German television, which referred to National Socialist architecture as ‘buildings of evil’ (böse Bauten), would have us believe.[5] Not for the first time, Raphael Rosenberg has pointed out that the notorious monumental structures of the Nazi era featured a stripped classicism “typical of government buildings throughout the world at that time.” He further elaborates that it would therefore be incorrect to label this style as a characteristic expression of National Socialist ideology and even less appropriate to go as far as considering it as its symbolic embodiment.[6]

The buildings certainly fulfilled their purpose of demonstrating the magnitude and power of the totalitarian regime; their message was explicitly intentional. Nonetheless, exactly the same materials and forms could equally be associated with an opposite meaning. In other words, an architectural work’s formal features—its pillars and columns, its stone cladding, its monumentality, symmetry or axes—cannot be deemed to provide incontrovertible or even sufficient evidence of its representation of a regime’s dictatorial character.[7]

One example supplying emphatic proof of this assertion is the Eritrean capital Asmara, which was declared a UNESCO World Heritage site in July 2017. Its ensemble of buildings erected from the mid-1930s onwards in the Italian fascist era forms one of the largest extant urban examples of the modern language of form underlying the Italian razionalismo style. It is also, however, an exemplary instance of ethnically motivated urban planning, of actions driven by state terrorism, and of fascist colonial policy. It is not sufficient, therefore, to focus on form.[8] Buildings themselves are not and cannot be evil. It is rather human endeavors which inscribe meaning into bricks and mortar. The contexts within which this happens—encompassing ideas, plans and their realization, intended effects and actual perceptions, the changes these undergo over time and the role of architectural works in cultures of memory—are what generate historical significance and as such call for historical analysis.

« Some Patterns of Making Public History in China (1)
On Memories, School and Earthquakes »