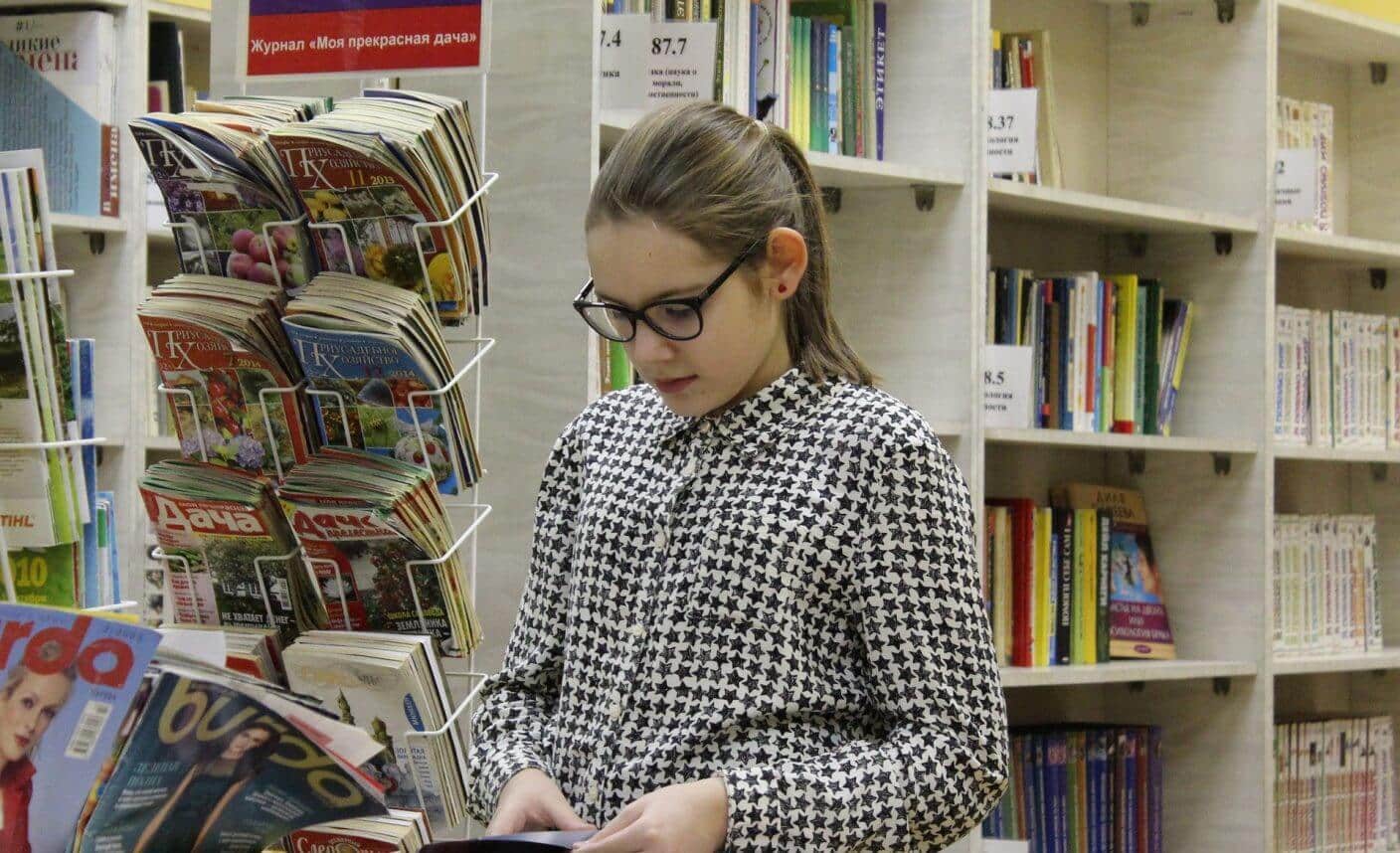 Abstract: The market for popular history magazines has been booming internationally since the beginning of the 21st century. In addition to adults with an interest in history, this market has been increasingly focusing on children and young people as a target group. How is history presented and marketed in these commercial public history products?
DOI: dx.doi.org/10.1515/phw-2016-7630.
Languages: English, Deutsch


The market for popular history magazines has been booming internationally since the beginning of the 21st century. In addition to adults with an interest in history, this market has been increasingly focusing on children and young people as a target group. How is history presented and marketed in these commercial public history products?

An Overview of Magazines

Initial research has shown that there are currently at least twelve special interest magazines that can be classified as history magazines for children and young people in Europe, Canada, Australia and the USA. The American magazine Cobblestone has been published since 1980. The two French magazines Histoires vraies and Arkéo entered the market in 1992 and 1994 respectively, while the Canadian magazine Kayak was introduced in 2004. The remaining eight magazines are all new publications that first appeared in the last five years.[1] Not included are popular science magazines which feature historical content on a small number of pages, magazines which publish one issue on the subject of history or magazines which publish special issues on history.[2]

Main Target Group between 7 and 14 Years of Age

The history magazines that are aimed at children and young people are almost exclusively commercial products.[3] They are published by children’s magazine publishers or publishers and media groups that want to acquire new customers for their adult history magazines through a junior edition.[4] The aim is for young readers to become loyal to a format at as early an age as possible to ensure that they continue to buy it as adults – after all, child customers will grow out of the magazines after a few years. By contrast, the history magazine Geolino Zeitreise, which was first introduced to the market in Germany in September 2016, is a line extension of the magazine Geolino, which was established in 1996. It therefore seems that history magazines for children also have a certain amount of market potential.[5]

Many of the magazines are multi-thematic and include several minor topics as well as a main topic. They offer a kaleidoscope of content that is assumed to be of interest to children. However, there are also monothematic magazines which aim to cover a single topic in more detail through a variety of articles. Some of the magazines’ concepts concentrate on national history, such as the American magazine Cobblestone which focuses mainly on the history of ‘early America’ and Kayak which covers aspects of Canadian history with the aim of helping children to develop a Canadian identity. The featured topics in the Czech magazine Časostroj also have a clear focus on the collective memory of national historical culture.

In the same way as can be seen with non-fiction books for children, the periods covered by the magazines tend to be periods of more ancient history that are considered particularly appropriate for children, such as ancient Egypt, Greece or Rome, or the Middle Ages.[6] It is often easier to present and market history as an adventure, quest or mystery on the basis of these periods. The first issue of Geolino Zeitreise also begins with the ‘classic’ ancient Egypt. However, the trend is shifting towards featured topics from the 19th and 20th century.[7] For example, almost 18 percent of the 56 issues of Histoire junior published since 2011 focus on the 19th and 20th century. The next issue of the monothematic magazine Geolino Zeitreise will address at the topics of National Socialism and the Second World War.

Research has already investigated the characteristics of the construction of history in popular history magazines and their strategies for conveying knowledge on historical topics. But which concepts and forms of presentation do authors and publishers consider particularly attractive and age-appropriate for young readers? Here too the main focus is on people, events and places in history. Illustrations of people can often be found throughout the magazines. In addition, puzzles, games and craft ideas are regular features as well. What is particularly striking – although more pronounced in some magazines and less in others – is the proportion of fictionalised forms of history: comics, illustrated historical accounts or fictitious interviews with historical figures.[8] As in magazines for adults, illustration is a key part of how knowledge is conveyed. Even when visual sources dating from around the period are used, they usually have a purely illustrative function. They rarely meet the standards for using images from the perspective of history teaching. Children’s magazines frequently use colourful drawings created by illustrators. The graphic and typographic elements of the visual design also present the magazines as a vibrant, colourful, varied and entertaining method of conveying historical content.

In a similar way to history magazines for adults, the children’s magazines emphasise their close links to science in their editorials. Furthermore, they underline their educational expertise in order to present a serious image and to demonstrate their educational value to parents in particular – after all, it’s them who are usually responsible for the purchase decision. The quality of the magazines varies considerably. Last but not least, they reflect different national historical cultures, as well as different cultures of learning and reading. Do history magazines include concepts that could make an important contribution to the improvement of textbooks? Or are their methods of conveying knowledge more of a step backwards in terms of methodology when checked against the quality standards that have been achieved in history teaching? A more detailed comparative analysis could begin to answer these questions.

_____________________
[1] 2011: Časostroj (Czech Republic); Histoire junior (France); 2012: Horrible histories (United Kingdom); 2013: Historicool (Australia); 2014: Tout sur l’Histoire (France); Dig into History (USA); 2016: Quelle histoire (France); Geolino Zeitreise (Germany). A history magazine for school pupils, G-Geschichte mit Pfiff, was published in Germany as early as 1979. Since the 1980s, it has targeted a more general audience interested in history under the name G/Geschichte.
[2] An example of a magazine that includes some historical content taken from the large market of popular science magazines for children is Tout comprendre (France). Examples of magazines that have published individual issues on the subject of history are Aquila (United Kingdom), September 2016: ‘Children of World War Two’ and Geo mini Entdeckerheft (Germany), March 2016: ‘Ritter und Burgen’. An example of a special issue on history is Géo Ado hors serie (France), October 2014, ‘14-18 la Grande Guerre’.
[3] The Canadian children’s magazine Kayak is published by Canada’s History Society and receives funding from the Department of Canadian Heritage and several companies.
[4] Examples of children’s magazine publishers include Fleurus presse and cricketmedia. The Czech publisher Extra Publishing, the French publisher Editions Faton, the German publisher Gruner und Jahr, and Canada’s History Society also publish history magazines for adults. Fleurus presse, on the other hand, currently has three history magazines for ages 7–10, 8–12, and 14 and up in its portfolio.
[5] The decision to create a separate series dedicated to history was made on the basis of the particularly successful sales of issues on historical topics published under the name Geolino extra. The process is therefore identical to that by which Geo Epoche was developed from Geo magazine in 1999. See http://www.presseportal.de/pm/113897/3423189 (last accessed 1 November 2016).
[6] Certain magazines focus specifically on defined periods, such as Cobblestone which focuses on ‘early’ America, and the French magazines Arkéo (prehistory and early history to the Middle Ages) and Histoire junior (Middle Ages to present) which are published by the same publisher.
[7] For example, issue no. 48: the Cold War; no. 44: the Second World War; no. 41: the Industrial Revolution; no. 17: Charles de Gaulle: from the resistance to the presidency.
[8] There is a fictitious interview with Cleopatra in Geolino Zeitreise. Fictitious interviews are a regular, interactive feature in the French magazine Quelle histoire. Children can send in their questions for a historical figure selected by the editorial team and they are then presented in the form of an interview in the next issue.