Back to the Future? Public History and the New Academic Citizen 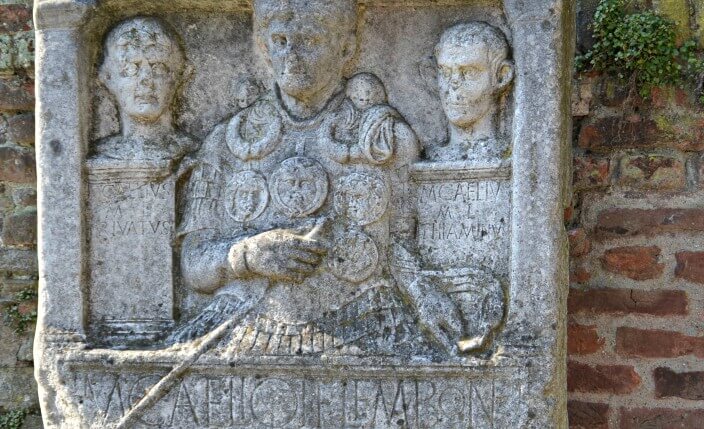 Abstract: Public history is a tricky thing to define, its very elusiveness serving as a reason for historians to regard it with suspicion. The act of definition is problematic, however, for more important reasons than semantics. It sets ‘public history’ apart from ‘history’ in way that has never applied to other specialisations, such as social, economic, Black or women’s history. One important reason for this is that definitions of public history tend to rely on making distinctions between what happens – and belongs – inside these places called universities and the world beyond their walls. Creatively adapting the concept of ‘academic citizenship’ might offer us a way to think past this fundamental issue.
DOI: dx.doi.org/10.1515/phw-2015-3590.
Languages: English, Deutsch


Public history is a tricky thing to define, its very elusiveness serving as a reason for historians to regard it with suspicion. The act of definition is problematic, however, for more important reasons than semantics. It sets ‘public history’ apart from ‘history’ in way that has never applied to other specialisations, such as social, economic, Black or women’s history.  One important reason for this is that definitions of public history tend to rely on making distinctions between what happens – and belongs – inside these places called universities and the world beyond their walls. Creatively adapting the concept of ‘academic citizenship’ might offer us a way to think past this fundamental issue.

The possibilities of citizenship

‘Citizenship’ is a useful term as it’s capacious.  It implies belonging, and suggests an array of rights and responsibilities, some of which may be prominent and widely valued, while others hold varying levels of importance to different groups. As historians, we are connected and have responsibilities to many people: to our colleagues; to our students; to our networks and audiences, now increasingly global.  The idea of citizenship allows us to belong to a very broad and inclusive historical community, and yet commit our energies to different activities and conversations within it. What we focus on would change over time (as it does now).  Career development and institutional circumstances both have an influence, as do the particular professional relationships and collaborations that come about along the way. Rather than ‘public history’ being what happens outside the university, it can become an expression of our citizenship – one way of practising as a historian, and one that many may experience over the course of a career. ‘Academic citizenship’ is not a new concept by any means, nor is it without its problems.  The term has generally captured the ethical conduct understood to be essential in models of collegial self-government.  Being a ‘good citizen’ involves, among other things, serving on internal boards and committees, supporting early-career staff and offering comments and advice on colleagues’ work. Educationalists, particularly in the USA, have been marking its decline in universities over the last twenty or so years – often connecting this to the emergence of a mass higher education system and a ‘managerialist’ culture inside institutions.[1] Public history and academic citizenship face similar sets of challenges but can, I think, help each other, to mutual benefit.

One of the main problems for academic citizenship is that it involves functions that are ‘non-core’: functions that are essential for intellectual vitality and procedural integrity, but don’t necessarily bring professional recognition and reward. This remains a problem if we extend our understanding of citizenship to embrace our work outside the academy. In many countries, ‘third leg’ funding has been incentivising/coercing universities (depending on your point of view) to add innovation and knowledge transfer to their foundational purposes of teaching and research. But, again, recognition is an issue. Some universities do have promotion routes for academics who excel in their engagement with wider worlds. We are still a way, however, from such appointments offering a passport to broader professional standing. Public history can all too easily become the ‘third leg’ of the discipline of history: probably important, even dynamic and pioneering, but ‘non-core’.  The complaint I once heard at a conference – to weary nods of the head from everyone else present – was that public history was expected to ‘carry’ community engagement and student employability in an academic department. The public historian can claim specialist status with some justification, but s/he is declaring ownership of territory at the periphery: largely uncontested, and often offering little in the way of prizes recognised beyond its own borders.  Even public history’s rather tenuous status as the latest trend – connected, at least in the UK, to a research assessment system that accords quality ratings for ‘impact’ – has not yet changed the basic power relations. The future of public history should be ambitious; being a ‘third leg’ or a territory on the periphery of the discipline has little to recommend it.  Similarly, academic citizenship has the potential to mean so much more than obligations, accepted reluctantly (where they cannot be avoided, or displaced onto others).  I’m not suggesting special pleading.  The declaration ‘we’re historians too!’ suggests a status anxiety we need not have.  Or it might imply a willingness to retreat from the some of the core values that made us interested in ‘history in public’ in the first place.

This could, now, be public history’s moment to show its worth – but not as yet another specialism (or a third leg).  Instead, it can offer a way of approaching not only historical practice, but also academic practice more broadly. This task requires some fresh thinking, but it can also draw on a reinvention of our own history.[2] Historians relish reminding others that things that appear new seldom are.  We might do well not only to heed that advice ourselves, but also pursue its implications (as indeed we expect politicians to do when we provide the long view on a current policy problem). We could look back to the late nineteenth and early twentieth centuries, when historians such as John Robert Seeley (1834-1895) in Britain and Benjamin Shambaugh (1871–1940) in the US were prominent advocates of history’s ‘public purpose’.[3]

…for a new academic citizenship?

What it means to be an academic is changing, as are the expectations that our students, our institutions and the wider world have of us.  Professional history’s rich heritage of ‘public purpose’ – which public historians are uncovering – is one of the important resources on which the discipline can draw in reimagining academic citizenship. Another is historians’ alertness to the problematic aspects of ‘citizenship’ in general. For example, we’ve queried the nation as the natural source of human belonging; we’ve challenged (and historicised) borders; we’ve explored, alongside others, the intensely political nexus of education and national identity. If we now take on the challenge of recasting academic citizenship, we won’t be coming intellectually empty-handed. A third, and vital, resource is the culture and ethos of public history, a more recent manifestation of the idea that the past has important uses in society.  Public history brings an openness to the value of different perspectives.  Its practitioners rarely work alone, but through collaboration and conversation: with other disciplines and professionals; with our partners, networks and audiences.  This inclination for cooperation is surely an asset in a world in which academic citizenship can no longer be delimited by campus boundaries. Now is the time for all those who practise and care about history to mobilise their resources to develop new models of academic citizenship: to make the past work for the future.