Digital Public History: Bringing the Public Back In 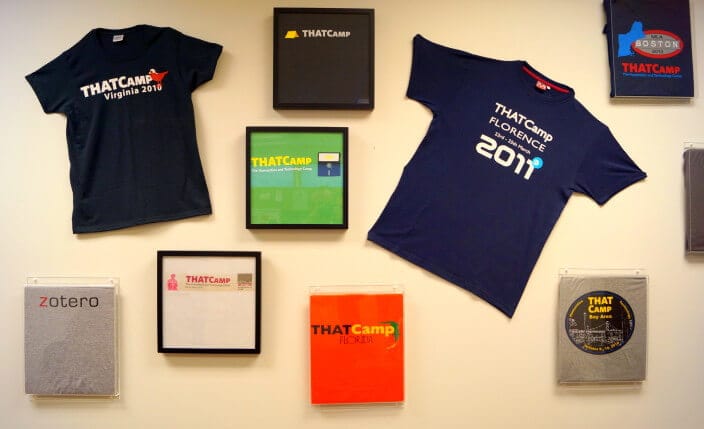 Abstract: Digital History has reshaped the documentation methods of historians, especially their means of accessing and storing history. However, this seismic shift has occurred without any thorough critical discussion of these digital tools and practices. Digital history aims to create new forms of scholarship and new digital objects for the web.[1] But we need to ask in which ways—if any—Digital Public History (DPH) is distinct from an innovative digital history?
DOI: dx.doi.org/10.1515/phw-2014-2647.
Languages: English, Deutsch, Français


Digital History has reshaped the documentation methods of historians, especially their means of accessing and storing history. However, this seismic shift has occurred without any thorough critical discussion of these digital tools and practices. Digital history aims to create new forms of scholarship and new digital objects for the web.[1] But we need to ask in which ways—if any—Digital Public History (DPH) is distinct from an innovative digital history?

From Digital Humanities to Digital History

“Digital historical culture” is part of the wider “digital culture” permeating our society through the Internet. The sociological concept of digital culture was developed by Manuel Castells[2] and Willard McCarty[3]. In Italy, Tito Orlandi theorized the emergence of a new Koine based on his further development of scientific and methodological concepts of humanities computing as web-based communication processes.[4] By contrast, the digital humanities provide methodologies and practices that, analogous to the sciences, are suitable for the humanities.[5] These practices and concepts are elaborated within the various disciplines.[6] Thus, after the digital turn, digital historians are confronted with new epistemological issues when analysing the past.[7] They plan exhibitions with memory institutions (libraries, archives, museums, and galleries) dedicated to presenting artefacts and documents ; they collect, preserve, and curate digitised and born digital documents for these institutions;[8] they create new tools and software to support their activities; they also use social media; following  the digital turn, moreover, they are not confined to analysing written materials, but also strive to devise new forms of text-mining for processing large amounts of data between “close and distant reading” activities .[9] Digitally connected historians do not perform their profession beyond the discipline: rather, they apply their methods, traditions, and skills to deal with primary sources in different contexts and to reconstruct the past using new types of narratives.[10] Technology facilitates what is still a recognizable history profession, although digital humanities technology is part of a new historian’s craft. Historians, that is, are involved deeply in technological transformations that affect the humanities as a whole.

In the field of digital history, we are what we do and what we create. New practices and new tools define the nature and the scope of the field. Importantly, digital history corresponds not only with the tradition of the digital humanities. The question of the originality of our methods, tasks, and ultimate goals within the digital realm was raised already at an early stage in Italy; it was always clear that our priorities were quite different from those of other digital humanists.[11] Digital history, then, is about a proper epistemological dimension, one specific to historians.[12] As historians, we need to create contents, to control those contents, and to use tools in the digital realm that are different from those needed by other digital humanists confronted with literary and linguistic computing, text analysis, text encoding, and annotation. Stephen Robertson, director of the Center for History and New Media has argued, perhaps for the first time ever in the English speaking world, that digital history is different from literary studies and might be considered another discipline. His reflections influenced the 20th anniversary celebrations of the Center[13], held in the autumn of 2014,  which highlighted the importance of digital media for the history profession.[14] Robertson emphasised two points: “First, the collection, presentation, and dissemination of material online is a more central part of digital history. […] Second, in regards to digital analysis, digital history has seen more work in the area of digital mapping than has digital literary studies, where text mining and topic modeling are the predominant practices.”[15]

In parallel with what they write professionally about the past, historians have always queried the usefulness of their own practices in reconstructing the past. In so doing, they have explored which (other) methods or techniques might illuminate the past. Which new tools or techniques, when applied to reconstructing the past, could help transform primary sources into narratives? We first need to consider whether the historiographical process has always been communicated fruitfully to the public, not only through the written forms of scholarship typical of academic historians, but also through a differentiation between forms of communication adapted to different audiences using different media, or what Sharon M. Leon calls User-Centered Digital History.[16] Being able to translate the past into history and being able to communicate with an identified audience are essential skills for public historians, who must ask themselves “why do history if it is not for the public?” As a research field, DPH invites us to interpret the past and to prepare it for the future using technology, experiences, practices, methods, and social communication processes that underscore the need to consider what public history has already highlighted, namely, to think about audiences so as to enhance interpretation and communication processes. Should we go further back in the genealogy of humanities computing (to the 1980s, for instance), which became the digital humanities following the rise of the Internet in the early 1990s? Perhaps not, but what is part of the conversation is to understand whether DPH differs not only from the Digital Humanities, as argued, but also from Digital History. What distinguishes DPH or what I have elsewhere called digital history 2.0 (participative, crowdsourced, networked, socially mediated history)[17] from so-called “academic“ forms of Digital History?

Digital Public History and the Civic Dimension of the Past

Web 2.0 technologies enable us to engage with different communities and their knowledge and memories worldwide, thereby adding a digital dimension to traditional public history practices. After the birth of a participatory web 2.0 around 2004, different communities started to share their past globally without the mediation of historians. On the contrary, after the digital turn oral historians-cum-mediators applied their skills as historians to conveying oral memories.[18] In the digital realm, archivists keep track of civil memories using their specific skills.[19] Might we then conclude that DPH is about how a community of people shares experiences about the past via the web, experiences that are mediated through public historians’ digital skills and expertise, in the capacities as oral historians, archivists, museum staff, etc.? Is this the dimension that defines the field as bottom-up (often crowdsourced), top-down (creation of digital multi/media forms of communicating the past), user-oriented, interactive, and shared? DPH interrelates a public, its past, and public historians whereas digital history offers new digital scholarship without requiring epistemological interaction with the public as an essential condition. Digital History “enriches” the web with new forms of narratives and findings. Unlike 2.0 crowdsourced and connected web, DH is not used primarily to engage with specific publics and to reach specific social targets. DPH instead is above all about producing history in the public sphere through interactive digital means. Taking advantage of the digital turn, DPH aims to bring new voices from the past into the present because those pasts matter and because digital technologies are suited to communicating history via and in the web.

© Serge Noiret. Shot during the THATcamp 2013 in Mason.

Copyright (c) 2015 by De Gruyter Oldenbourg and the author, all rights reserved. This work may be copied and redistributed for non-commercial, educational purposes, if permission is granted by the author and usage right holders. For permission please contact the editor-in-chief (see here). All articles are reliably referenced via a DOI, which includes all comments that are considered an integral part of the publication.